The Indian entertainment industry has undergone dramatic changes over the last two years of the pandemic. It has facilitated a streaming boom that has led to the growth of digital platforms and made content more accessible than ever before. In a panel discussion by one of the most prestigious award ceremonies Critics' Choice Awards, an awards ceremony judged and curated by India’s top critics rewarding content in short films, web series and feature films, the nominees of the short films and web series categories discuss the stories that have come out of the past year, and where they see the future of content heading into. 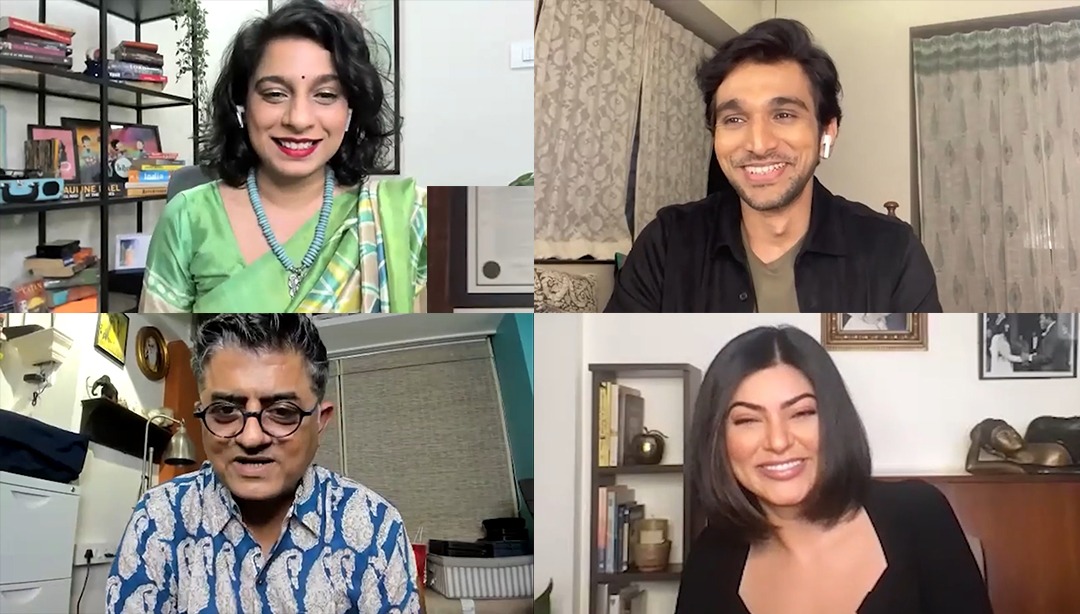 Sushmita Sen says, "People being away from their families during the pandemic and also, the loss of life, has led to the emergence of the importance of family in storytelling. It helps you feel nostalgic about things that have affected your life.” On her transition from film to streaming, she continues, “I come from a medium which was all about the Friday. I’ve never been reviewed or appreciated by people who understand different formats, so when the critics honour you like this, you feel like you’re on top of your game.”

Taking the discussion ahead, Pratik Gandhi says, "Connection between people and human emotions have always been central to storytelling, and the bond between a family has always been superior in Indian cinema. Be it about the underworld, financial thrillers, love stories, all genres focus on emotions between humans. I enjoy performing these nuanced emotions which make a story complex."

On the positive outcome of the two years without theatrical releases, Gajraj Rao shares, "So many writers, creators and technicians have gotten opportunities during this ‘gold rush’ of creating content now, that probably would not have happened before. Artists having the power to say no to roles and jobs now due to being occupied elsewhere, is a great sign of the excess of opportunities. But I do miss the charm of the cinema, and the feeling of collectively watching a film with 200 other people. There is no comparison.”

Watch the full conversation on the CCSSA India Facebook page by clicking on this link:

The Critics’ Choice Awards is brought to you by Film Critics Guild and Motion Content Group in collaboration with Vistas Media Capital. Stay tuned for the Awards!