Ram Setu Review: "Worth to watch with entire family in this festive season" 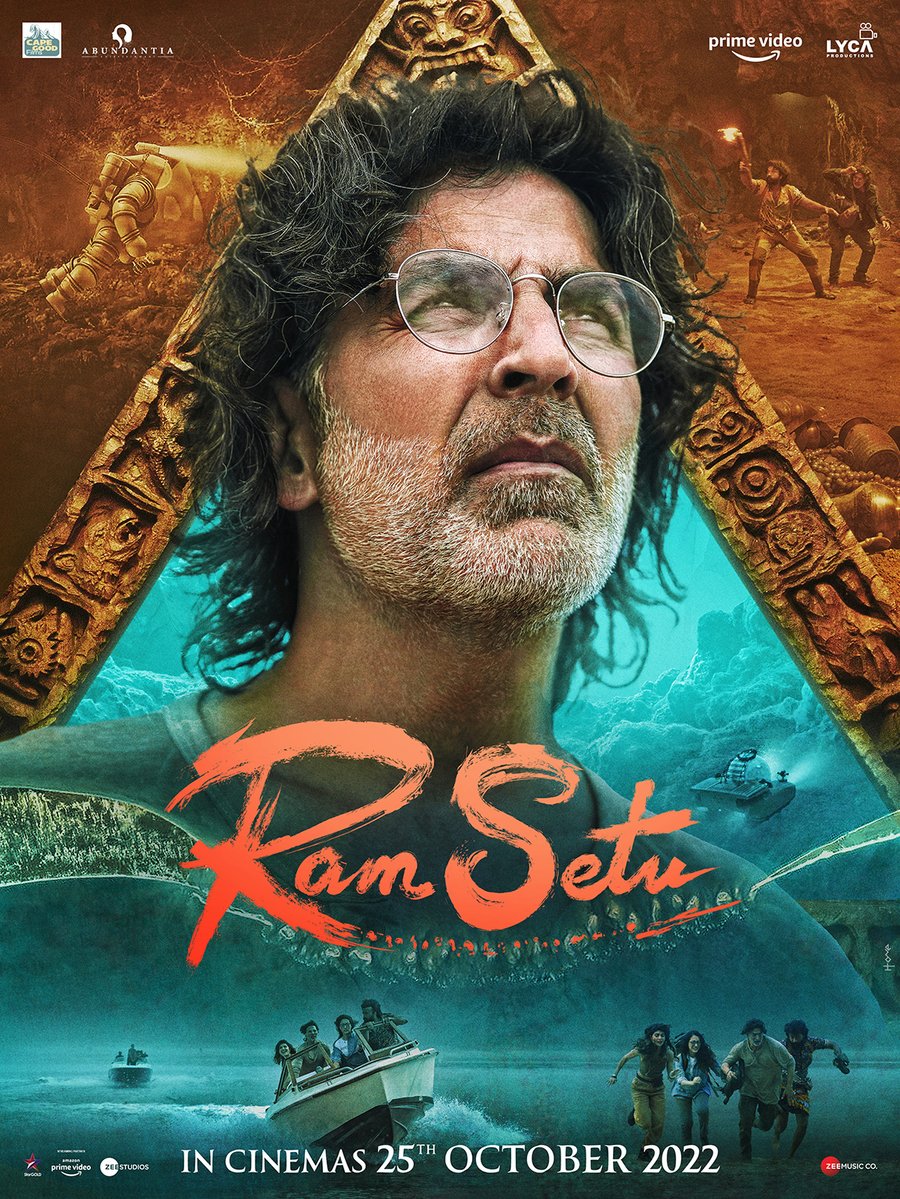 About Ram Setu:
Ram Setu is a action-adventure film directed by Abhishek Sharma. The film stars Akshay Kumar, Jacqueline Fernandez, Nushrratt Bharuccha and Satya Dev. This movie is produced by Aruna Bhatia and Vikram Malhotra. Ram Setu was theatrically released on 25 October 2022 that is on Diwali 2022.
Story/Plot of Ram Setu:
Aryan (Akshay Kumar) is a renowned atheist archaeologist who is chosen to research about Ram Setu’s construction & give the verdict on whether it’s man-made or a natural phenomenon. While doing the same he faces the wrath of the general people for calling Ramayana a ‘Maha-Kavya’ and questioning its existence. The big bad billionaire (Nassar) spots his research & tries to use him for his benefit in proving Ram Setu a natural phenomenon existing way before Shri Ram. He appoints Aryan, providing him with every possible thing to do the research but how all of this takes a u-turn is what the film is all about.
Movie:
This movie is very interesting and engaging. The challanges Akshay Kumar, Nushrratt Bharuccha and Jacqueline Fernandez face during their research will make you curious about what will happen next. This movie has suspenses that also make it interesting one. ou will never fill bored during the movie. The first half of the film is very superb. Second half of the film is also good. The story and screenplay of this film are really good. There is no song in the film except the Ram Setu anthem, but you will not regreat about it. Because the story of the film is so interesting that you will not miss the song. This movie has wonderful locations and outstanding cinemetography. There is a perfect casting and decent vfx in the film. If you are adventure loving person then you will surely love this film.
Performance:
Akshay Kumar's performance is superb in the film. He has givn full justice to his role of archaeologist. Jacqueline Fernandez and Nushrratt Bharuccha also did the brilient job. Nassar and Satya Dev has also given the good performance.
Direction:
Director Abhishek Sharma who is writer and director of this film has did lots of hardwork for this film. It's really challanging to make movie on historical subct without hurting people's sentiment and Abhishek Sharma got success in this. Though this movie is on historical topic but it will not make you bored. It's well written film with perfect direction.
Music:
There is no song in this film, only you will find RamSetu Anthem in the film. But the background music of the film are of Hollywood level. You will surely love the Backgorund music of the film.
Watch it or Not:
This one makes an atheist a believer. It's a historical film about lord shree ram that you can watch with entire family including grandparents & kids. If you want to watch a interesting & historical family film about lord shree ram on this festival then you should go for it. If you dont like movies of adventures genre then you can skip this one. This movie will give you vibes of Hollywood film National Treasure. Overall, It is worth to watch with entire family in this festive season.
Rating:
4/5 (4 out of 5)
Review by:
Prashant Desai - BollyQuick
Tags: Ram Setu review, Ram Setu rating, Ram Setu akshay kumar review, Ram Setu jacqueline review, Ram Setu movie reviews, Ram Setu movie rating, Ram Setu hit or flop, Ram Setu box office report, Ram Setu watch or not, Ram Setu movie review today, Ram Setu first day review, Ram Setu 2022 review, Ram Setu 2022 akshay kumar, Ram Setu first day collection, Ram Setu hit, Ram Setu flop, Ram Setu akshay kumar
Tags: Movie Review