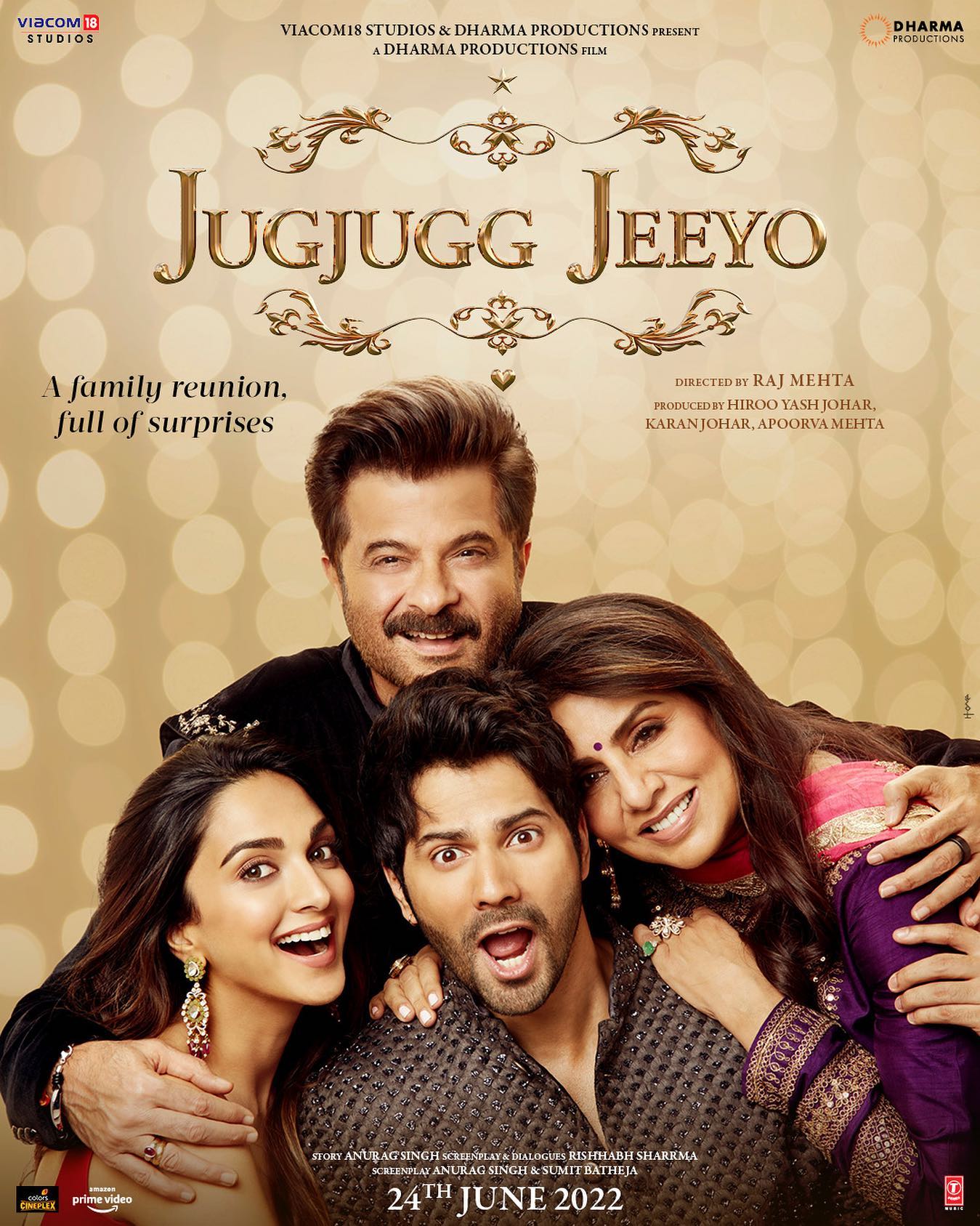 About JugJugg Jeeyo:
Jugjugg Jeeyo is a Indian Hindi-language family comedy-drama film directed by Raj Mehta and produced by Dharma Productions and Viacom18 Studios. The film stars Varun Dhawan, Kiara Advani, Ashik Nihon, Anil Kapoor, Neetu Kapoor and alongside Manish Paul and Prajakta Koli, marking her feature film debut. The film was theatrically released on 24 June 2022.
Story/Plot of JugJugg Jeeyo:
The story revolves around how two childhood lover Kuku (Varund Dhawan) and Naina (Kiara Advani) after 5 years of marriage decide to part their ways but the real twist comes when kuko gets to know that his father Bheem (Anil Kapoor) is also planning to give divorce to his partner Geeta (Neetu Singh Kapoor) as he started loving Meera. There is a lot of drama in the movie but at last there is a happy ending which brings smile on the face of all the people watching the movie.
Movie:
It is a complete family movie .The movie was overall mix of all the emotions. It has drama, humour and emotions. Movie deals with the orthodox thinking of not taking divorce. The first half was filled with full humour. If you love Comedy movies jug jug jeeyo movie is the watch. The second half deal with the emotions that will attract families. The movie was a perfect to watch with your loved ones. Movie is all about how couples end up being separated after endless fights. Yes there are few flaws but at the end it’ll leave a smile on your face as soon as you leave the theatre.
Performance:
Dhawan, Manish Paul, Anil Kapoor, Neetu Kapoor, prajaykta Kohli - All the actors did a great job. They were doing well justice with the roles. Varun Dhawan and Kiara Advani were fantastic as the lead role. Manish Paul and his comic timing were something which made the film worth a watch. Anil kapoor played a desi family father and we couldn’t stop loving him. Neetu Kapoor makes a comeback and her performance show she is a fine actor even today. Prajakta makes a fine debut in the movie industry.
Comedy:
The comedy was fine. All the actors did a fabulous job with their comic timings.
Direction:
The direction was pretty good.
Music:
The music made the movie more interesting as it blended well with the movie.
Watch it or Not:
If you love drama and want to experience every emotion in one movie. It is a definitely a watch for you.
Rating:
4/5
Review by:
Bhavisha Adwani - BollyQuick
Tags: Bollywood Movie Review