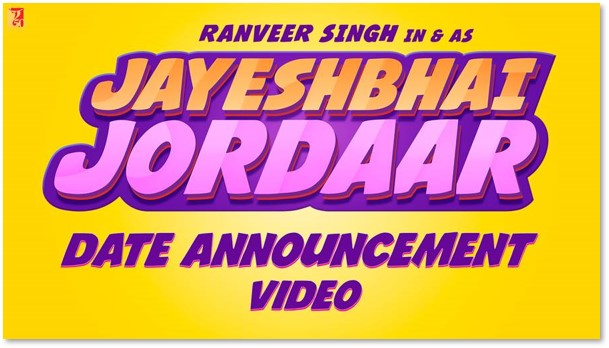 Jayeshbhai Jordaar is an upcoming Indian Hindi-language social comedy film written and directed by Divyang Thakkar and produced by Aditya Chopra and Maneesh Sharma under Yash Raj Films. The film stars Ranveer Singh as the titular Gujarati man who believes in equal rights between males and females in the society. It also marks the Hindi debut of Tamil and Telugu actress Shalini Pandey who plays the female lead, with Boman Irani, Ratna Pathak Shah and Deeksha Joshi in supporting roles.
The film was officially announced in May 2019; after the pre-production ended, shooting commenced in Mumbai on 4 December 2019. The second schedule took place in Gujarat from January 2020 and the film wrapped up on 7 February 2020. Jayeshbhai Jordaar was earlier announced to release in theatres on 2 October 2020 and later 27 August 2021, but the COVID-19 pandemic in India led its postponement by makers who waited for the situation's normalisation rather than streaming it on OTT platforms. The film is scheduled to be released theatrically on 13 May 2022.
Tags: Bollywood News