Urvashi Rautela the Bollywood youngest superstar has paved her way internationally along with Bollywood by climbing the ladder of success every day through her hard work and dedication. Urvashi Rautela is the Queen of social media, the actress shares a glimpse from her trip to the Maldives from her special day while relaxing on the beach. 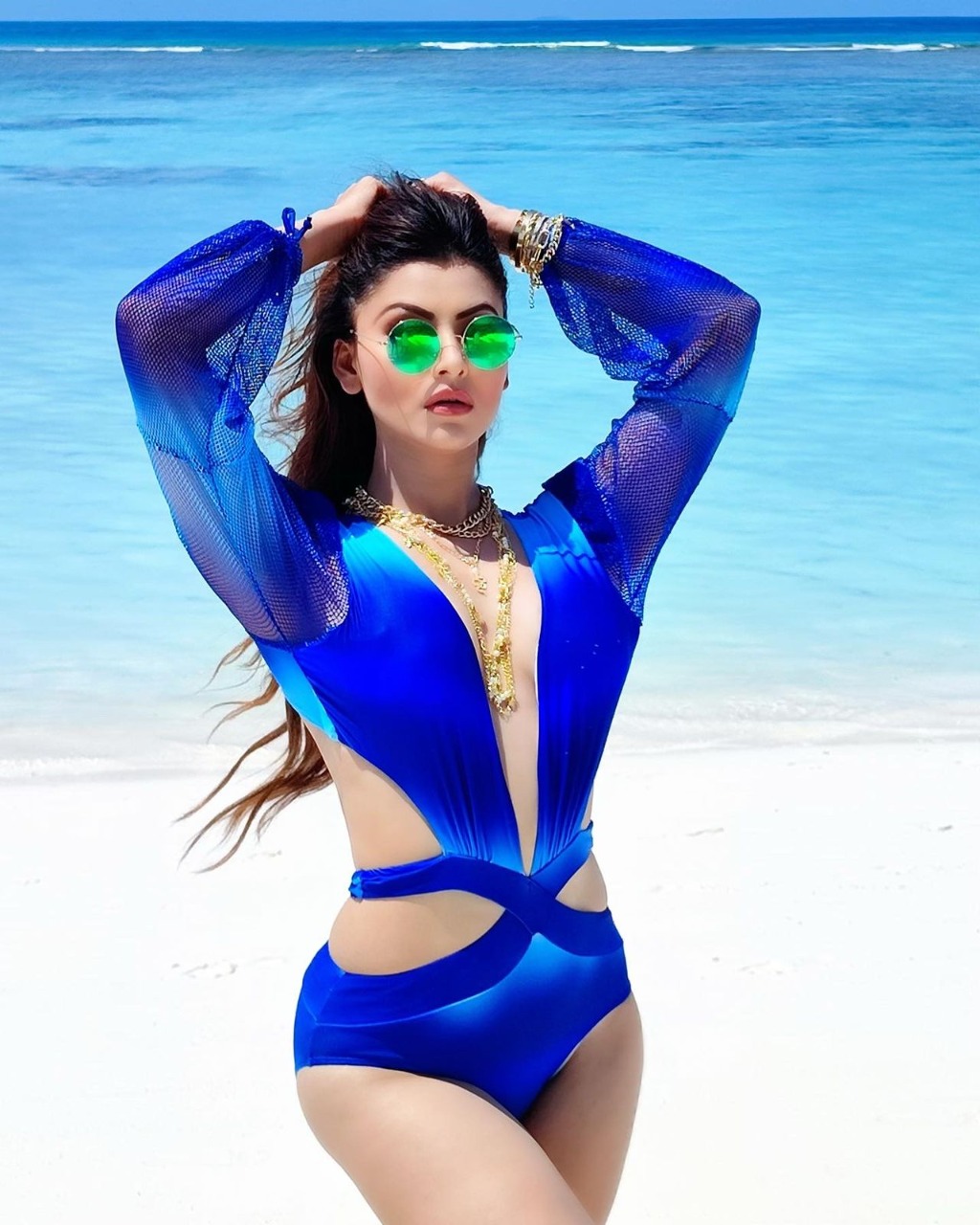 Urvashi Rautela recently took to Instagram and uploaded a couple of fascinating pictures of herself from the trip to the Maldives, Urvashi turns as a mermaid, as she opted for the Mesh Spandex blue one-piece full sleeves monokini with a sexy cutout while flaunting her bikini-perfect curvaceous body, for glam Urvashi choose minimal makeup with pink lipstick and glares to protect her from Uv rays and accessorized herself with fusion mask chain with bracelets around her hand, we can say she succeeded in mesmerizing her fans with her charm and jaw-dropping looks, she is seen posing with the clear blue ocean in the background, Urvashi certainly complemented the location. And with the picture Urvashi wrote, I feel born again when I get out of the ocean.

On the work front, Urvashi was last seen judging the Miss Universe Pageant 2021, and also bagged appreciation for her international song ‘Versace Baby’ alongside Arab superstar Mohamed Ramadan. Urvashi will be soon seen in the Jio studios web series ‘Inspector Avinash’ opposite Randeep Hooda in a lead role. The actress is going to play the lead role in a bilingual thriller ‘Black Rose’ along with the Hindi remake of ‘Thiruttu Payale 2’. Urvashi will be making a Tamil debut with ‘The Legend’ opposite Saravana and has also signed a three-film contract with Jio Studios and T-Series.