The Sidharth Malhotra-Rashmika Mandanna starrer Mission Majnu will now release on the 10th of June 2022. 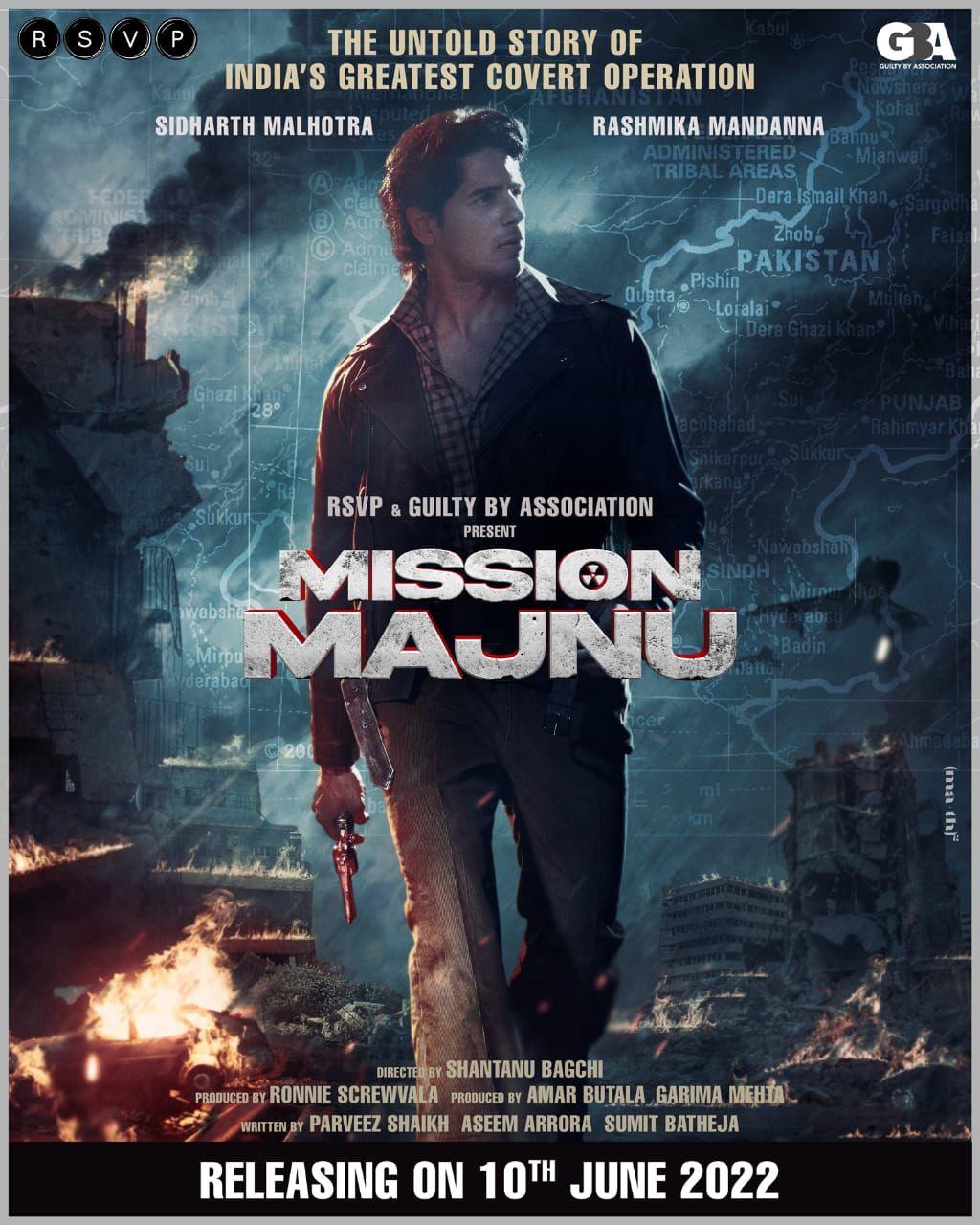 The production houses backing the film  RSVP and Guilty By Association take the announcement to their official social media account.

Directed by Shantanu Bagchi, the espionage thriller set in the 1970s has Sidharth Malhotra essaying the role of a RAW agent who lead a covert operation on Pakistani soil. The film also marks the Hindi debut of India’s sweetheart Rashmika Mandanna. The Shantanu Bagchi directorial brings to the fore a fresh pair and it is Sidharth's next after the hit Shershaah and Rashmika's much awaited debut after her monstrous blockbuster Pushpa.