Photofit Music brings “Dubai Wala Jatt” on the floor with a scouting backdrop in the voice of Ranveer John, featuring Rumman Ahmed

If you are looking for that Desi Jatt vibe, then “Dubai wala jatt” is the perfect song that builds the vibe for you. Feel the aura of the desert; falling in with the styles of the singer Ranveer John, featuring the gorgeous Rumman Ahmed released by producer Mr. Suresh Bhanushali and Photofit Music. 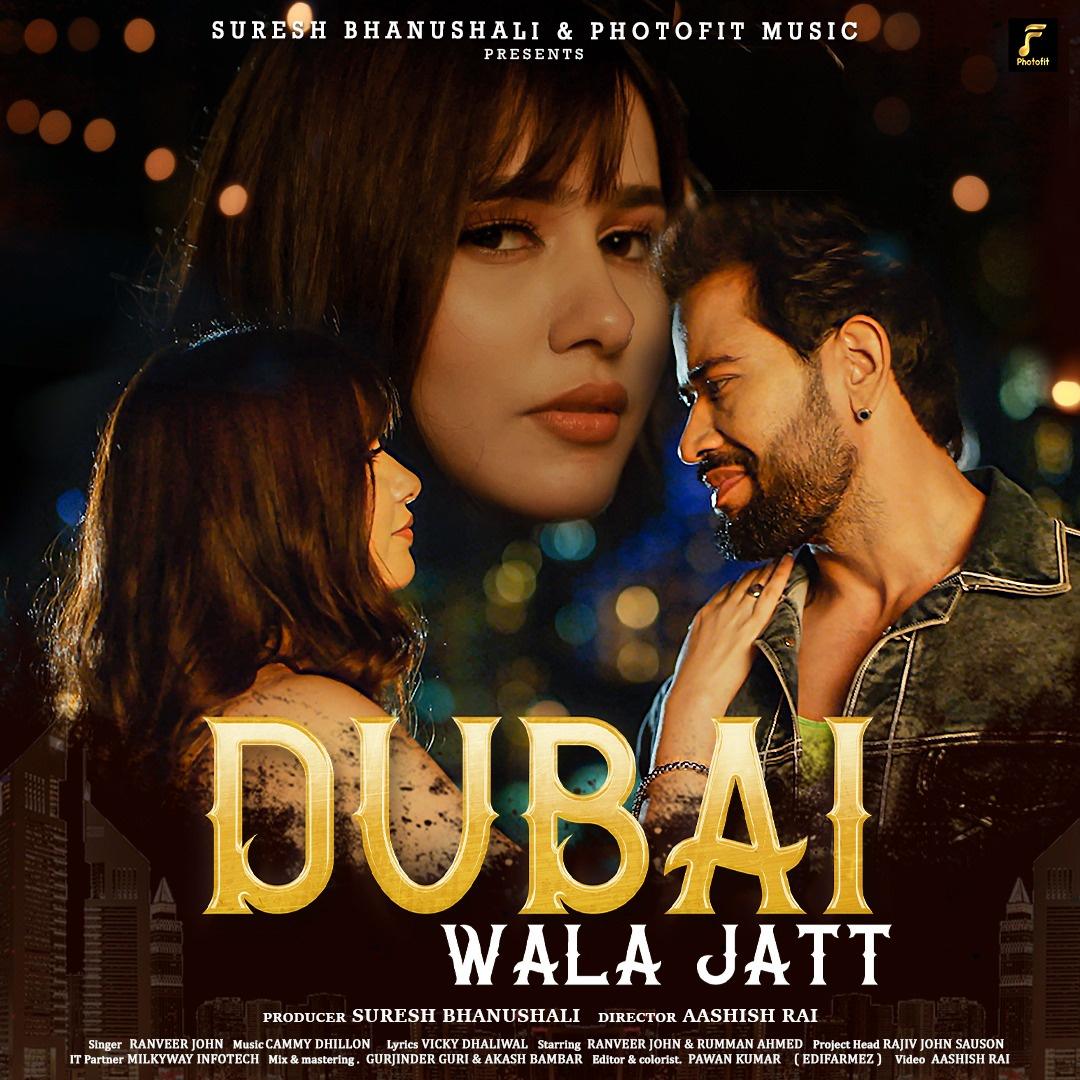 The song “Dubai wala jatt” is shot in the backdrop of the desert, rising the heat and bass of music in this song. The melody is a pure visual treat, shot in the party scenery aligned with Punjabi essence in it.

Mr. Rajiv John Sauson, project head photofit music adds, As the song, "Dubai Wala Jatt" produced by Photofit Music highlights the commending pair, and the crowd can clearly anticipate a great deal of Glitz and Glamour. This foot-tapping number has been picturized with tasteful current ideas leaving that knockout experience, depicted by the director Mr. Aashish Rai. The record label Photofit Music this time pushed an envelope with this new Punjabi track "Dubai Wala Jatt". Previously the singer has given his voice to the other Punjabi song Luteya Jave Na, with a theme of heartbreak, produced by Mr. Suresh Bhanushali.

High-beat music is incredibly different in its reach. Phrases from Punjabi songs have been enormously influenced and most recently Punjabi artists who are acquiring popularity due to their content, communication, states Amit K Shiva, Director, Photofit Music.

The records name, Photofit Music has created a few significant hits, Since oldie but a goodie, the melodies “Mashallah”  "The Haters", "Chand", "Ankhya ka Kajal" and different tunes like "Ganpati Bappa Morya'', "Teri Patli Kamar" coordinated by Amit K Shiva, Photofit Music, and Produced by Mr. Suresh Bhanushali and Photofit music. This profound song "Dubai Wala Jatt '' delivered by Mr. Suresh Bhanushali and Photofit Music will contact and create that energy, causing you to remember the party mindset to chill with uber-cool beats and cadence music.

From the best food and chill energy to the ideal music playlist, what could be better compared to celebrating with companions?

Listen to the astounding track "Dubai Wala Jatt" by maker Suresh Bhanushali under the pennant of Photofit Music. Celebrating is unquestionably fun, so why not proceed with the party with this song and play it, as you hit the dance floor. Let the fun time roll, states Mr. Rajiv John Sauson.

The weekend doesn't imply that simply sitting on the lounge chairs always means to party, So Never pass up on an opportunity to Dance!