Most-awaited KGF Chapter 2 trailer to hit the internet on 27th March at 6:40 PM

The excitement around watching the action-packed drama KGF Chapter 2 is running high among the audience, and we can't debate why?! Ever since the big-bang blockbuster success of KGF Chapter 1, the PAN-Indian viewers have been eagerly waiting for the release of its next part! Much to everyone's excitement, the makers have announced the release date of the most-anticipated film of the decade's trailer. 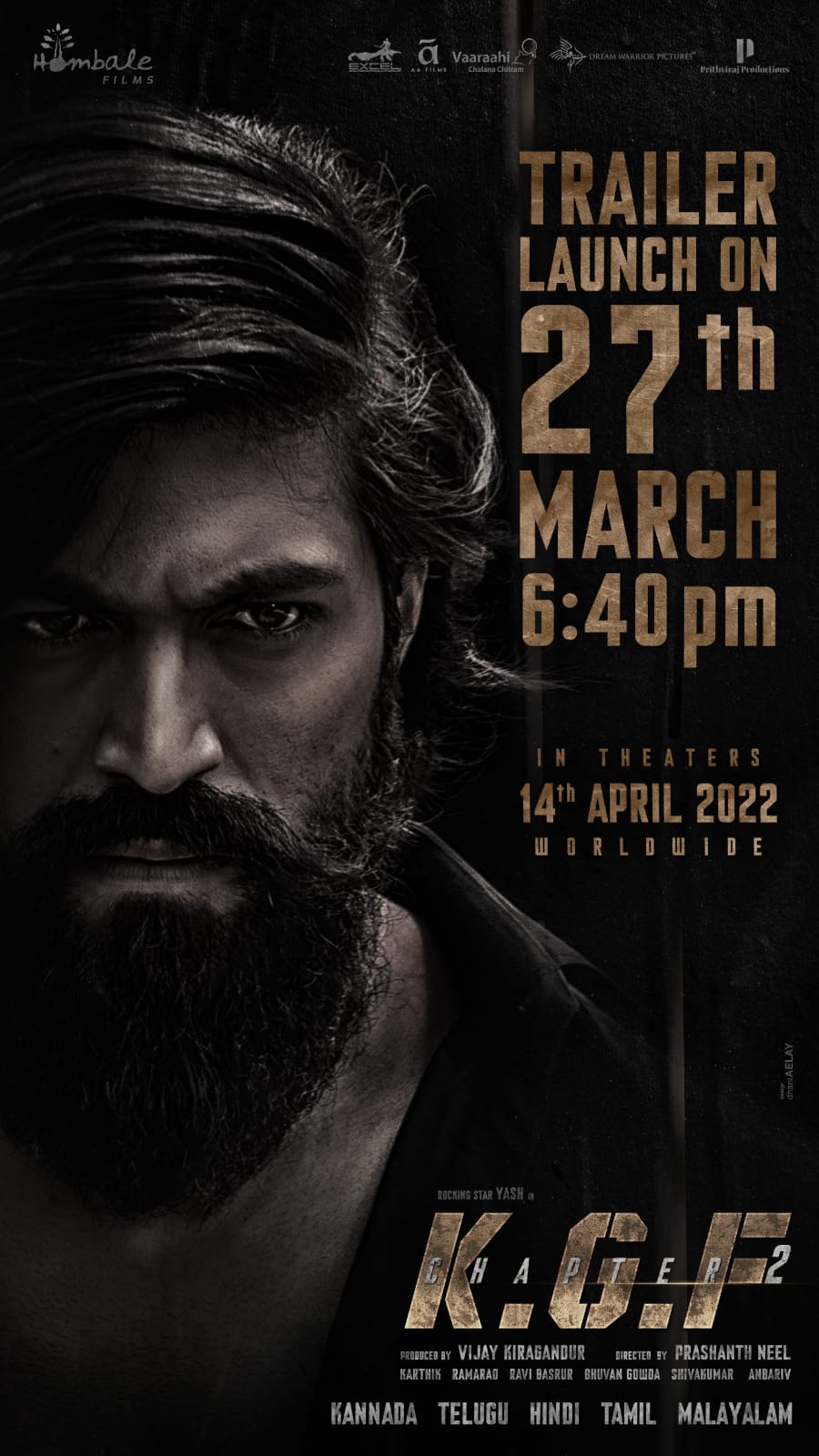 Yes! You heard correct! The wait to finally witness the magic and power of KGF Chapter 2 is soon going to end. Taking to their official social media handle, Hombale Films announced the trailer would hit the internet on 27th March at 6:40 PM. The post also read, "There is always a thunder before the storm."

Taking the brave move, the makers delayed the trailer launch date to avoid a clash with any other film release. Amid the massive anticipation and hype around KGF Chapter 2, the call came as a brilliant and courageous step!

Directed by Prashanth Neel and Produced by Vijay Kiragandur, starring Yash, Sanjay Dutt, Srinidhi Shetty, Raveena Tandon, and Prakash Raj, KGF Chapter 2 is one of the biggest releases of the year! While Chapter 1 shattered many records, the second is one of its ways to break the box office on 14th April 2022.