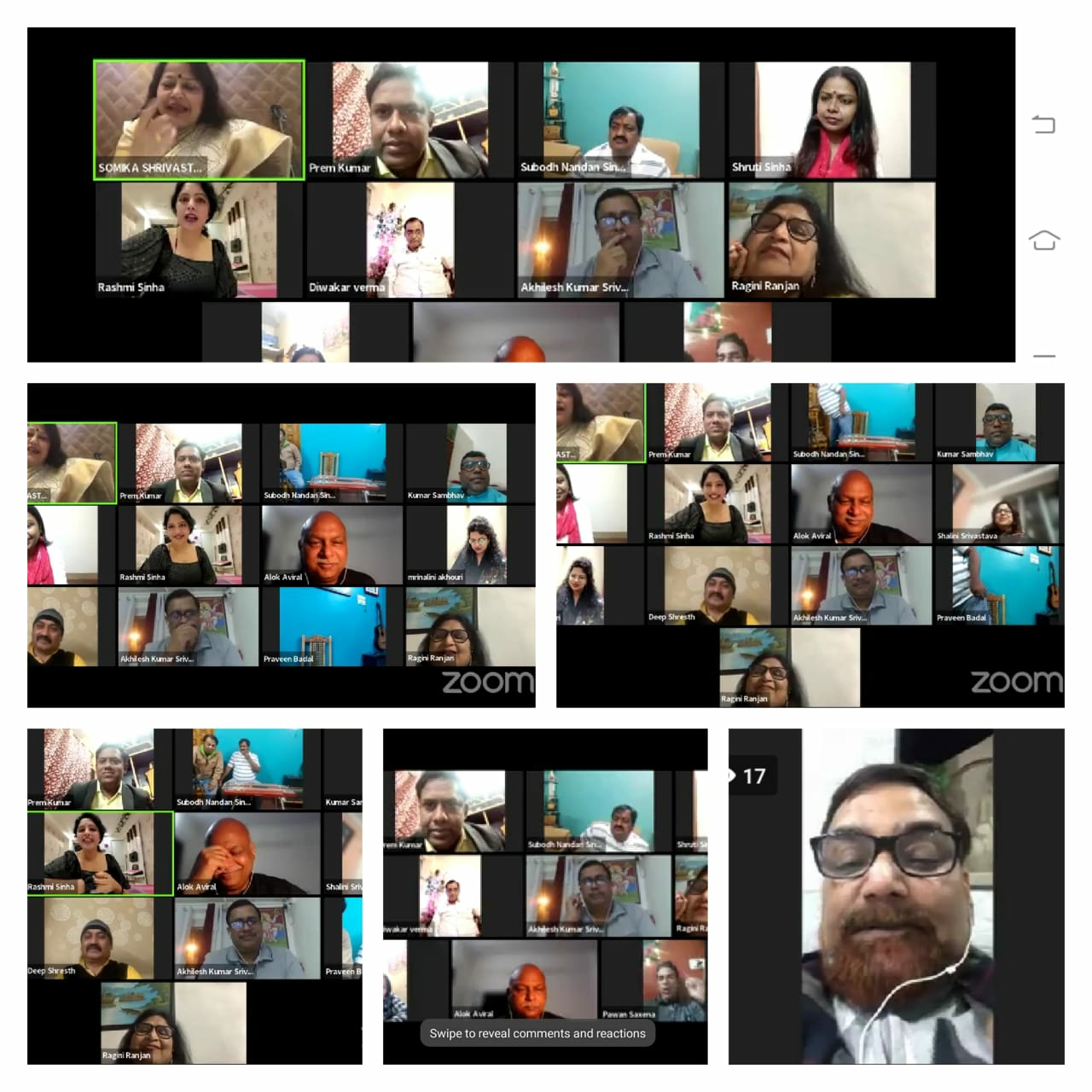 National President of GKC Art-Culture Chamber Prem Kumar and National Acting President Shruti Sinha told that a virtual musical evening was organized in the memory of Bappi Lahiri.  In this program, the memoirs related to Bappi Lahiri were shared by renowned poet Alok Aviral and National Convener of GKC Art-Culture Chamber, and well-known actor-filmmaker Deep Shrestha.  Deep Shrestha told that he had acted in the film Keh Do Pyaar Hai with music by Bappi Lahiri but unfortunately the film could not be released.  He got to learn a lot from him during the shooting of the film.  The program was conceptualized and conducted jointly by Smt. Sonika Srivastava, National Secretary, GKC Art-Culture Chamber, and Smt. Rashmi Sinha, State Vice President, GKC Bihar Education Chamber.

The program was inaugurated by Kathak dancer Shruti Sinha by paying homage to famous musician Bappi Lahiri by presenting dance expressions on Smt Somika Srivastava’s vocal Ganesh Vandana. GKC Global President Rajiv Ranjan Prasad while paying homage to Bappi Lahiri said, "We have lost a personality that cannot be compensated for in the coming years.  Bappi Lahiri enthralled the audience with the magic of his music in the eighties.  He did many experiments in music. The beliefs about traditional music, created magic by combining the music of Hindustan as a global perspective, so perhaps they are immortal.  Every song that Bappi Lahiri composed or sang made him immortal.  The entire team deserves congratulations and best wishes for the way the entire team of GKC has organized a program in the memory of Bappi Lahiri."

GKC Art-Culture Chamber General Secretary Pawan Saxena said, "Bappi Lahiri's musical songs have created an indelible mark on the hearts of the listeners.  He gave a new dimension to the music world of Indian cinema.  No one can forget his contribution to the field of music.  Even today, he rules the hearts of people through his musical songs.  Bappi da was a wonderful musician and singer, an era ended with his death."

Giving a vote of thanks, Global Senior Vice President Akhilesh Kumar Srivastava said that with the inspiration and guidance of Global President Rajiv Ranjan Prasad and Chief Trustee Smt.  There is no hope but full faith that the art culture, understanding its responsibility, will organize such programs once a month.  He extended his heartiest congratulations and best wishes to Prem Kumar, Mrs. Shruti Sinha, Pawan Saxena, Mrs. Soumika Srivastava, and Mrs. Rashmi Sinha and all the present participants for making today's program wonderful, unimaginable, unforgettable. Wishing all of GKC a bright future.  The program concluded with a vote of thanks.