Noted makeup and hairstylist Nilam Kenia’s latest work is superstar Madhuri Dixit’s Fame Game. She has done the hairdo for Madhuri Dixit in the series. 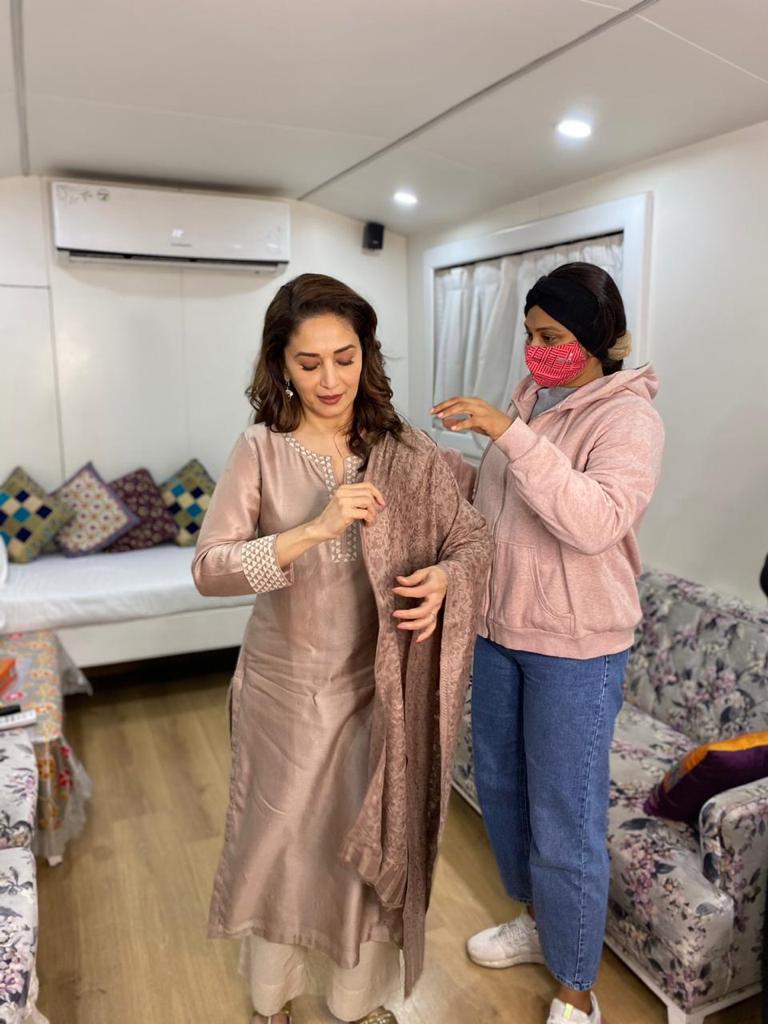 Speaking about her experience Nilam says,”I got the opportunity to work with MD on this series through my mentor well known hair and makeup artist Florian Hurel. The hair looks were decided on the costumes and mood of the scene. And there were variations too -  some places it was glam some places it had to be messy and haggard.”

Nilam also shares the feedback she has been receiving for Madhuri’s hairdo. She adds,”The response has been fantastic. I hope people like the series as the entire team has put in a lot of effort and hard work on the project. We had to ensure that it was designed to compliment the mood of the scene.”

Nilam also has high regard for Madhuri Dixit. She says,”Madhuri Dixit is a true star in real sense. Working with her was sheer pleasure and memorable. At the same time a big learning experience as well. I was pretty nervous but she made me very comfortable and now it’s super fun to work with her. I can’t wait to work with her again.”

Nilam also feels now every medium gives great attention on the look part as every role has a different look. “Working for films and OTT is not very different.  Nowadays every character is charted out keeping hair, makeup and costume in mind. And even prosthetic make up is needed for certain roles.”