'Anupamaa': Anupamaa informs the Shahs about Kinjal's pregnancy, regrets not telling them about Anuj

The Tuesday episode of Rajan and Deepa Shahi's "Anupamaa" began with Kinjal telling Anupamaa that she wanted to share this news as a gift to her on her birthday but she almost ruined it when she fell unconscious. Anupamaa tells her that she can't believe she is going to become a grandmother and tells Kinjal that she will spoil her grandchild and will also take his/her side. Anupamaa further tells her that it feels like just yesterday when she came to the house as a bride, and then she was pregnant with Paritosh, and then Kinjal came home and now she is pregnant. Everyone is worried about Kinjal when Anupamaa comes down and dances to "Dholida". She tells them she has a big announcement and shares that Kinjal is going to become a mother. Anuj tells GK that it's been just a few days since he became Anupamaa's boyfriend and he is a grandfather before he could become her husband. Everyone is happy to hear the news and Anupamaa then realises that Anuj too was waiting for the reply to his proposal. She makes him join the Shah family's dance. 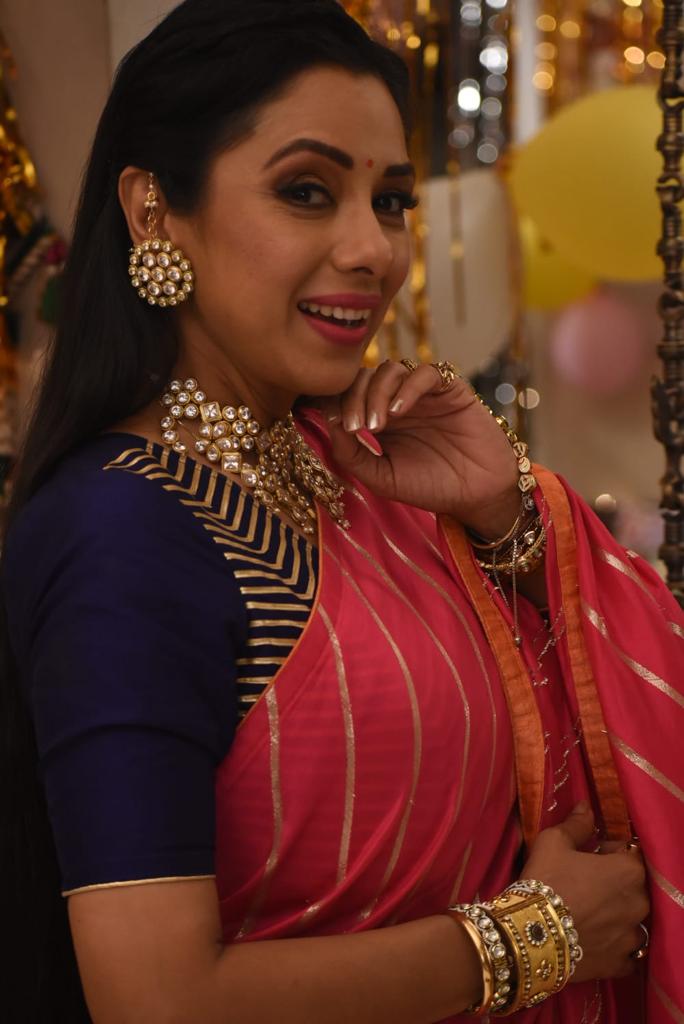 A little later, everyone congratulates Kinjal and Paritosh and they ask Anupamaa about her news. She tells them that her dance academy's website is live and they have already received a lot of admissions. Vanraj asks her if she is sure that is the news, to which Baa says that she was so excited about the news as though she was going to become the prime minister of India. Bapuji realises Anupamaa did not share the actual news for the family's sake and congratulates her.

Anupamaa then tells the family that she will make bhog for Lord Krishna and goes out to buy something. She is in tears because she couldn't confess her feelings for Anuj in front of the family.

In the upcoming episodes, we will see that Anupamaa is crying uncontrollably and Anuj comforts her. He tells her that the news of becoming a grandmother is very big and that's why she couldn't share, Anupamaa completes it by saying that she wants to marry him. Anuj brings the sindoor along which Anupamaa was carrying and tells Anupamaa that it can't wait any more, Anupamaa tells him that even she can't. She then hugs Anuj. To know what happens next, keep watching "Anupamaa".