After the massive success she received in 2021 with hits Ajeeb Daastaans and Maha Samudram, Aditi Rao Hydari's fans had been waiting to watch the performance queen do what she does best! And now, with the theatrical release of her romantic comedy Hey Sinamika, the powerhouse performer referred to as ‘Navarasa Rani’ has fans falling head-over-heels in love with her yet again! 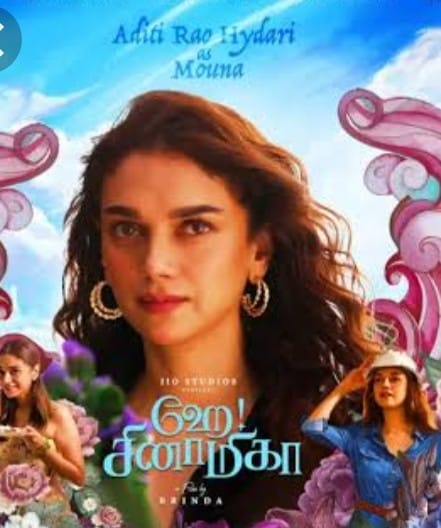 Her character, Mouna, has become an instant hit with fans and they can't stop gushing about how amazing their favourite superstar is in the film. Her fan accounts on social media are going beserk talking about Aditi as Mouna!

A fan posted on their social media, "Aditi in Siragai is absolutely nothing else unreal. You are so beautiful, ethereal and super pretty in this song. This gives me a very royal vibe. The way I can stare at you day. Wishing you nothing but the best for hey sinamika. Congrats to the whole team and crew @aditiraohydari" (sic).

Another fan took to social media and wrote, "Glad to hear #AditiRaoHydari got the best role to perform with full of scope irrespective of the movie result" (sic).

With all the euphoria surrounding Aditi's Hey Sinamika performance, fans are waiting to watch the next trick the pan-India star has up her sleeve!