'Yeh Rishta Kya Kehlata Hai': Is Kairav the boy Anisha was in love with?

The Monday episode of Rajan Shahi's "Yeh Rishta Kya Kehlata Hai" began with Akshara telling Abhimanyu that something big has happened and she is angry with him. But when she saw Abhimanyu getting worried, she told him she was just joking. Just then Abhimanyu gets a call from Anisha, he disconnects it but she calls him continuously. Abhimanyu then promises Akshara to call her later and talks to Anisha. Anisha asks him to meet her immediately, Abhimanyu tries to say no, but she doesn't listen. 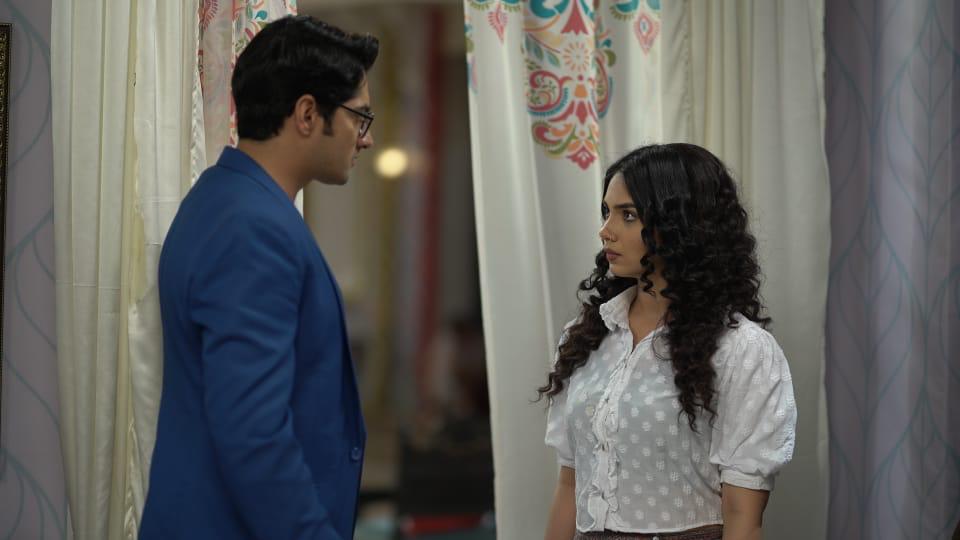 The next day, Anisha tells Abhimanyu that she is hungry and asks him to take her somewhere. Aarohi saw them together and followed them. Abhimanyu realises someone is coming after them and goes into a street and loses her. Abhimanyu later calls Kairav and tells him that he needs to talk to him urgently and will share the address where they can meet.

Meanwhile, Akshara tries to talk to Manish and tells him that she will drop him, but Manish ignores her. She then sings "Aaya mere papa ko" and Manish gets in the car with her. At 11:11 am, Akshara wishes that Manish starts talking to her. Once she drops Manish, she calls Abhimamyu but his phone is unreachable. She then calls up his landline and Manjari picks it. She tells her that though everyone is against them now, they will soon understand their love. She then tells him that Abhimanyu left for the camp early in the morning. Akshara then calls Neil who tells her that he is going to meet Abhimanyu at a location sent by him. He asks Akshara to come with him.

Abhimayu is sitting with Anisha at a cafe when he sees Akshara and Neil coming towards them. Anisha goes to pick a call and Akshara feels Abhimanyu is not happy that she came. She tells him that she has some work and leaves from there. Abhimanyu hugs her before she leaves. Later, he tells Neil that he is with Anisha.

After a while, Anisha was at a shop when she slipped. Akshara comes to her rescue and tells her that she lives close by and can take her home. In the meantime, Kairav thinks about the girl Abhimanyu was talking to and wonders if she is who he thinks she is. Just then he sees Akshar bringing Anisha home. Anisha tells Swarna that she was in love with a boy and has come back for him.

In the upcoming episodes, we will see that Kairav asks Anisha what is she doing at the Goenka house to which she tells him that she will take what's rightfully hers. Meanwhile, on a video call with Akshara, Abhimanyu sees Anisha at her home. He is wondering if she knows about Anisha. To know what happens next, keep watching "Yeh Rishta Kya Kehlata Hai".