Urvashi Rautela the Bollywood youngest superstar has paved her way internationally along with Bollywood by climbing the ladder of success every day through her hard work and dedication, The actress is highly active on her social media and knows how to grab the limelight with her astonishing pictures and never fails to update them with her daily life activities. Recently when Urvashi had visited Israel to judge the Miss Universe Pageant 2021, The actress had to meet the former Prime Minister of Israel and greeted him and keeping all her religious sentiments norms alive Urvashi gifted him a Bhagwat Gita and that took massive respect for this international diva all over the world as fans from the world couldn't be more proud of this beauty. 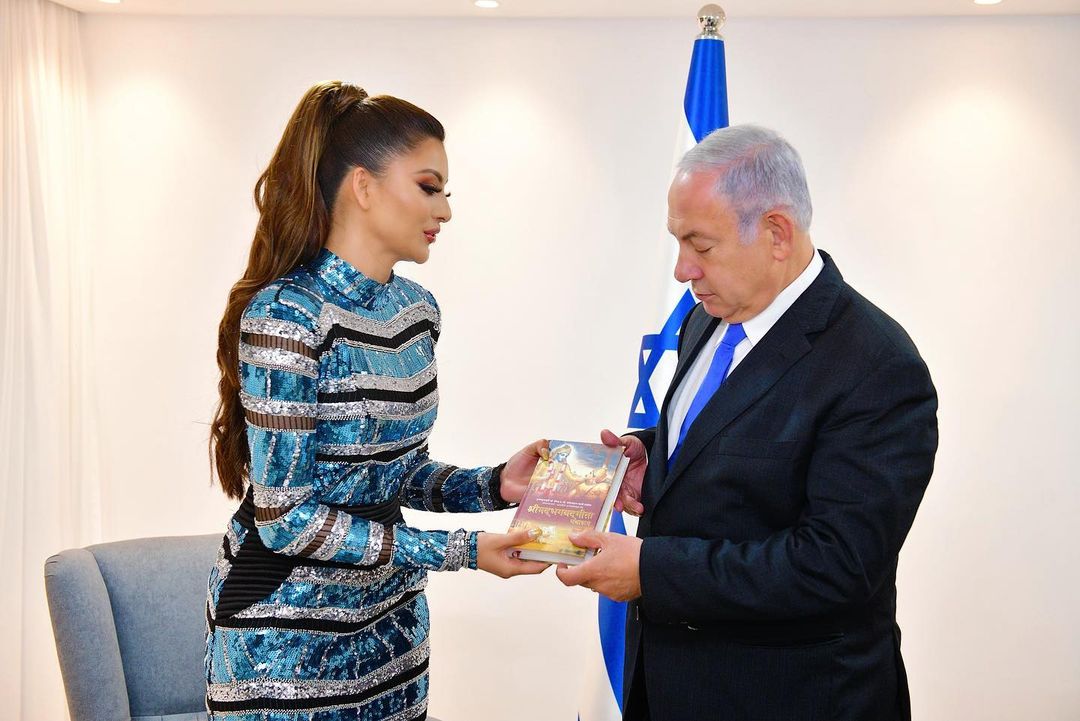 Urvashi Rautela took to Instagram and posted a video of her fan, The admirer was seen praising Urvashi Rautela for exchange that she had with Israeli former prime minister Benjamin Netanyahu, whom she gifted a copy of the Bhagavad Gita, the holy book of the Hindus and scripture that is part of the epic ‘Mahabharata’. The fan exclaimed Urvashi Rautela "The day you gift the Bhagavad Gita to The Isreal Prime Minister due you know every single Indian around the world was Chewing you By saying Yeh Apke Desh Ke Ladki even the magazine editor I have from India saying what you did today change the way world looks at you and it was the heart touching moment and saying her you are Mother India, My Raju Mama who lives in Village in the middle of England 'Urvashi Ko Dekha ye Apke Desh Ke Ladke' what the proud moment you are the Icon Of India''

Definitely, we can say Urvashi Rautela is the Icon Of India who is making India proud in each and every stage of life and no doubt she is a true Bharat ki Beti and Bharat Ka Garv, We can say that India needs more proud daughters like her who never fails to arouse the name of India and keeping the traditions alive no matter where you go in the entire world.

On the work front, Urvashi was last seen judging the Miss Universe Pageant 2021, and also bagged appreciation for her international song ‘Versace Baby’ alongside Arab superstar Mohamed Ramadan. Urvashi will be soon seen in the Jio studios web series ‘Inspector Avinash’ opposite Randeep Hooda in a lead role. The actress is going to play the lead role in a bilingual thriller ‘Black Rose’ along with the Hindi remake of ‘Thiruttu Payale 2’. Urvashi will be making a Tamil debut with ‘The Legend’ opposite Saravana and has also signed a three-film contract with Jio Studios and T-Series