Urvashi Rautela the Bollywood youngest superstar has paved her way internationally along with Bollywood by climbing the ladder of success every day through her hard work and dedication. Urvashi Rautela is the Queen of social media as she keeps all her fans engaged and updates them with her daily life routine. The actress never fails to share her mind-boggling pictures and hops on the trendy reels to keep all her admirers engaged. Urvashi knows how to grab the limelight with her fascinating pictures and amusing videos. 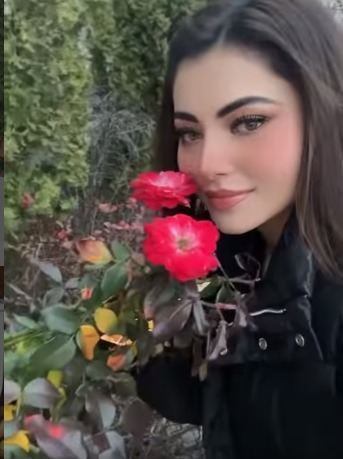 Urvashi Rautela recently took to Instagram and shared a glimpse of videos from Ukraine, where she is currently shooting for her upcoming film "The Legend." Urvashi will make her Tamil debut in which she plays the character of a micro-biologist from ITT starring Saravana and directed by JD and Jerry duo of "Ullasam and Whistle" has. Urvashi is seen in the video giving us major Monday morning motivation while looking all fresh and decked up to kick start the shoot. Sharing the glimpse by adding the famous dialogue of Shah Rukh Khan from his film Jab Tak Hai Jaan as she walks down the street of Ukraine and enjoying the nature vibes she is seen wearing a white t-shirt and black faux quilted hooded puffer jacket with minimal makeup and a nude brown shade lipstick, and kept her tresses open and captioned the video. There's nothing like being able to smell the fresh air before shooting and disconnect from the news and your phone. Every life is significant. Be like Mother Nature and unconditionally adore everyone. #workday and in another video, she wrote An early morning stroll before your film 🎥 shoot is a blessing for the whole day. #workdiaries

On the work front, Urvashi was last seen as a judge being the youngest panelist at the Miss Universe Pageant 2021, Apart from that Urvashi was the only Indian to walk the Arab fashion Week twice, The actress also bagged appreciation for her international song ‘Versace Baby’ alongside Arab superstar Mohamed Ramadan. Urvashi will be soon seen in the Jio studios web series ‘Inspector Avinash’ opposite Randeep Hooda in a lead role. The actress is going to play the lead role in a bilingual thriller ‘Black Rose’ along with the Hindi remake of ‘Thiruttu Payale 2’. Urvashi will be making a Tamil debut with ‘The Legend’ opposite Saravana and has also signed a three-film contract with Jio Studios and T-Series.