Urvashi Rautela Gets Mobbed By all Her fans As She Graced Her Presence At The Event, The Actress Treated Everyone With Dignity And Smiles- Check Out The Video Now

Urvashi Rautela the Bollywood youngest superstar has paved her way internationally along with Bollywood by climbing the ladder of success every day through her hard work and dedication, The actress is highly active on her social media and knows how to grab the limelight with her astonishing pictures and groovy dance moves. Urvashi keeps all her fans engaged and updates them with her daily life routine. The actress never fails to share her mind-boggling pictures and hops on the trendy reels to keep all her admirers engaged. 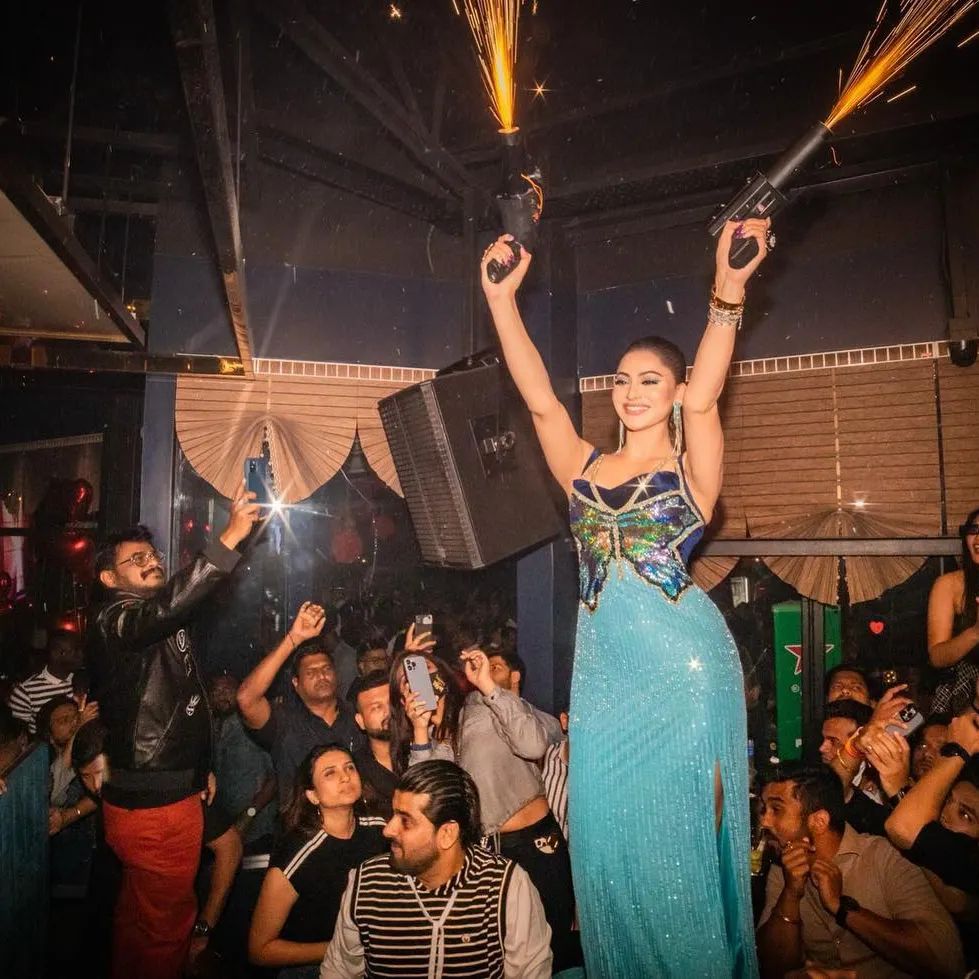 Urvashi Rautela rules the hearts of many in the industry and her fan following seems to increase day by day. Recently when the actress went to the event at Pune, As she stepped into the event, as this international diva entered the venue she got mobbed by all her fans, as they got excited seeing her and wanted a quick selfie with our diva. Urvashi indeed entered the event with grace and dignity and spread all smiles for all her fans. Urvashi never fails to disappoint any of her fans and therefore the actress enjoyed the event and brought smiles on the faces of all her admirers with her charming personality. Urvashi is seen donning an embellished butterfly blue full sequin slip cut dress which cost a whopping amount of worth Rs 3 Lakhs, in which the actress flaunted her perfect curve body in which she is looking dead drop gorgeous. There was an army of fans gathered around her for selfies and just to get a glimpse of their favorite star. The video was circulated around a lot all over the social media and later Urvashi also shared a few glimpses from her event on her social media which shows how extremely loved and a crazy fan following this talented diva has.

Definitely, Urvashi proves to be one of those actresses who is loved by the millions all over the world.

On the work front, Urvashi was last seen judging the Miss Universe Pageant 2021, and also bagged appreciation for her international song ‘Versace Baby’ alongside Arab superstar Mohamed Ramadan. Urvashi will be soon seen in the Jio studios web series ‘Inspector Avinash’ opposite Randeep Hooda in a lead role. The actress is going to play the lead role in a bilingual thriller ‘Black Rose’ along with the Hindi remake of ‘Thiruttu Payale 2’. Urvashi will be making a Tamil debut with ‘The Legend’ opposite Saravana and has also signed a three-film contract with Jio Studios and T-Series.