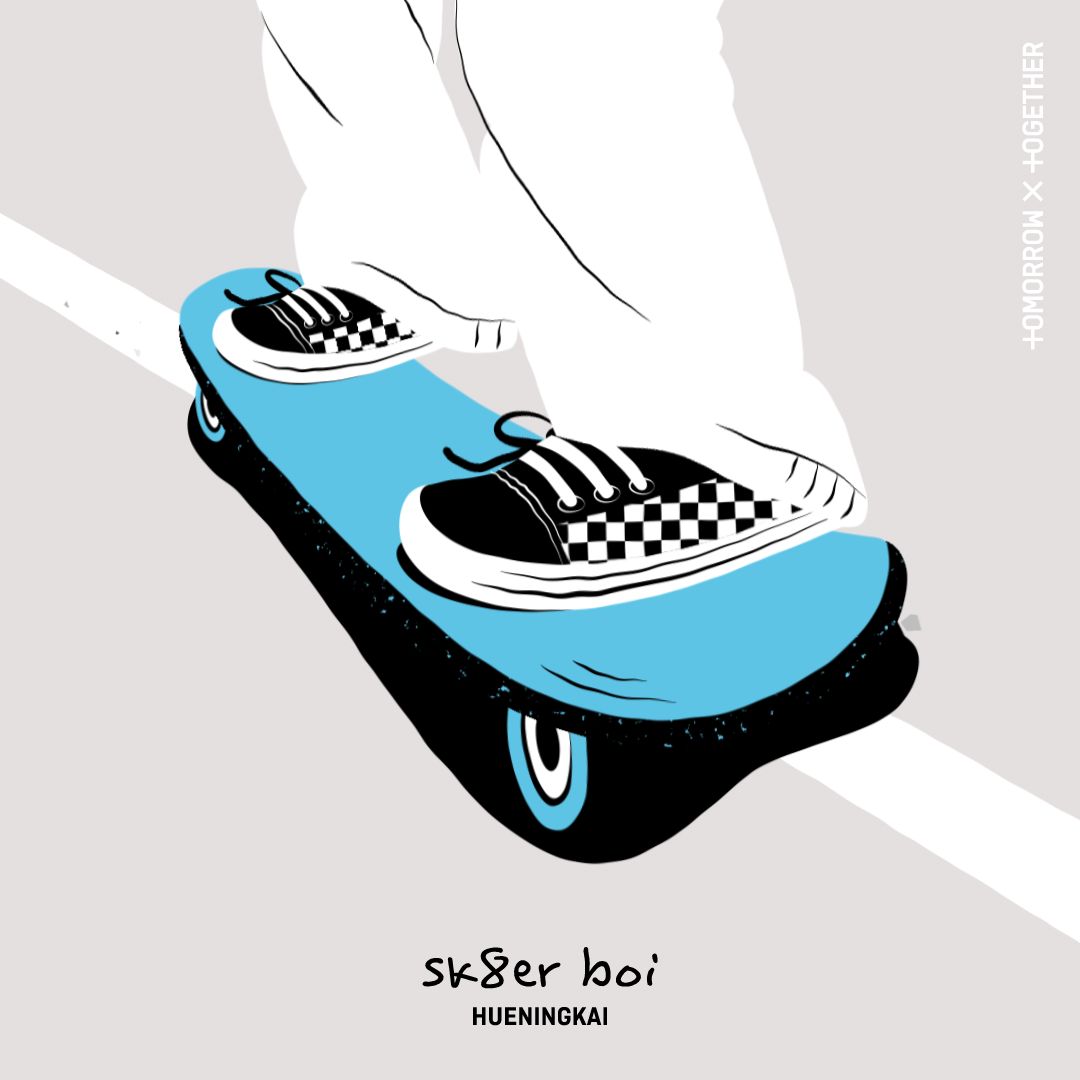 HUENINGKAI put a fresh new spin on “Sk8er Boi” with his refreshing vocal. He sang the lyrics with much teen spirit, enhancing the bold, energetic mood of the track in a carefree and funky tone.

To date, TOMORROW X TOGETHER have covered a wide range of genres, proving their  talent and versatility. The band has so far released a slew of cover tracks including “In My Blood,” “thank u, next,” “F2020,” and “Sriracha” as a group. Solo and unit covers include “Over and Over Again” by TAEHYUN, “Song Cry” by YEONJUN, “Youngblood” by HUENINGKAI and  “Stay” by YEONJUN and TAEHYUN.

About TOMORROW X TOGETHER

TOMORROW X TOGETHER is regarded as K-pop’s voice of Gen Z for their musical narratives which focus on the common experiences and emotions of youth across the globe. Consisting of five members — SOOBIN, YEONJUN, BEOMGYU, TAEHYUN, and HUENINGKAI — TOMORROW X TOGETHER took the K-pop industry by storm, racking up over 10 ‘Rookie of the Year’ awards and selling out their first U.S. showcase across 6 cities in 2019, the year of their debut. The band’s 2021 album, The Chaos Chapter: FREEZE, entered the Billboard 200 at No.5 and charted for a total of 13 weeks. The album’s lead single “0X1=LOVESONG (I Know I Love You) feat. Seori'' was selected No.1 by Billboard’s “25 Best K-Pop Songs of 2021: Critics’ Picks,” and their subsequent album The Chaos Chapter: FIGHT OR ESCAPE was featured on Rolling Stone’s “The 50 Best Albums of 2021” as the only album by a Korean act. TOMORROW X TOGETHER was nominated for "New Artist of 2021" on E! People's Choice Awards and "Best Live Act" on the BandLab NME Awards 2022.