The wave of Pooja Hegde is on the rise. The pan-India star enthralled us with the Valentine's Day glimpse of Radhe Shyam and the first song 'Arabic Kuthu' from her Tamil film, Beast. After years of experimenting with different roles, Hegde is now one of the most loved heroines across film industries in India and the audience can't wait to see her in both these upcoming films. 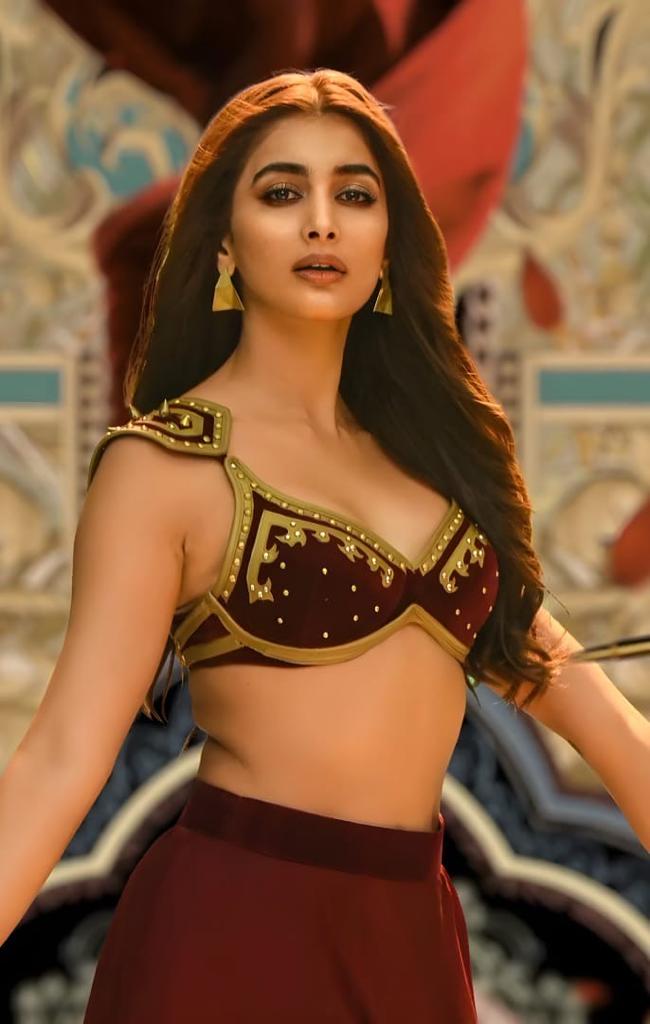 The glimpse of Radhe Shyam captures the different shades of Pooja - right from chirpy, bubbly, inquisitive to irritable. Staged like a princess in the dreamy fairytale, the actress is onto something special in the upcoming romance drama. From classic looks to intense and charming expressions, the star has aced it all. Borrowing inspiration from the title of the movie, the chemistry between Prabhas and Pooja appears timeless and is sure to bring viewers to the theatres.

The other thing that broke the internet recently is the lyrical video of Hegde's first song in Beast. Resembling an Egyptian goddess in the song, the gorgeous actress shows that she's back to Tamil cinema with a bang after nine years. What stands out in the song are the graceful moves of the lithesome actress. It's apparent that her crackling chemistry with her co-star Vijay Thalapathy and her homecoming to Tamil cinema, are sure to pull viewers to cinemas. Pooja's pan-India reach is definitely headed for expansion.

On the tremendous excitement for her upcoming films, Pooja says, “The audience has been receiving entertainment in cinemas in lesser doses than earlier. I feel responsible to deliver on what is expected of me and make their time in theatres worth it. What a blessing it is to have viewers excited for your films! I can't wait to meet the audience with these two special films of my career.”

Her upcoming films include Salman Khan's 'Bhaijaan', 'Cirkus' opposite Ranveer Singh, 'Acharya' with Chiranjeevi and Ram Charan, and SSMB28 opposite Mahesh Babu.