Thank you Dimple for trusting me and sharing your story with me: Kiara Advani dedicates her award to Dimple Cheema

While the nation is still gushing over the flawless performance of Kiara Advani in Shershaah, the actress continues to win love and accolades for her beloved role. Bagging the Best Actress Critic's Choice Award at Dadasaheb Phalke International Film Festival Awards 2022, Kiara Advani dedicated her honour to Dimple Cheema, who she portrayed on screen in her film Shershaah. 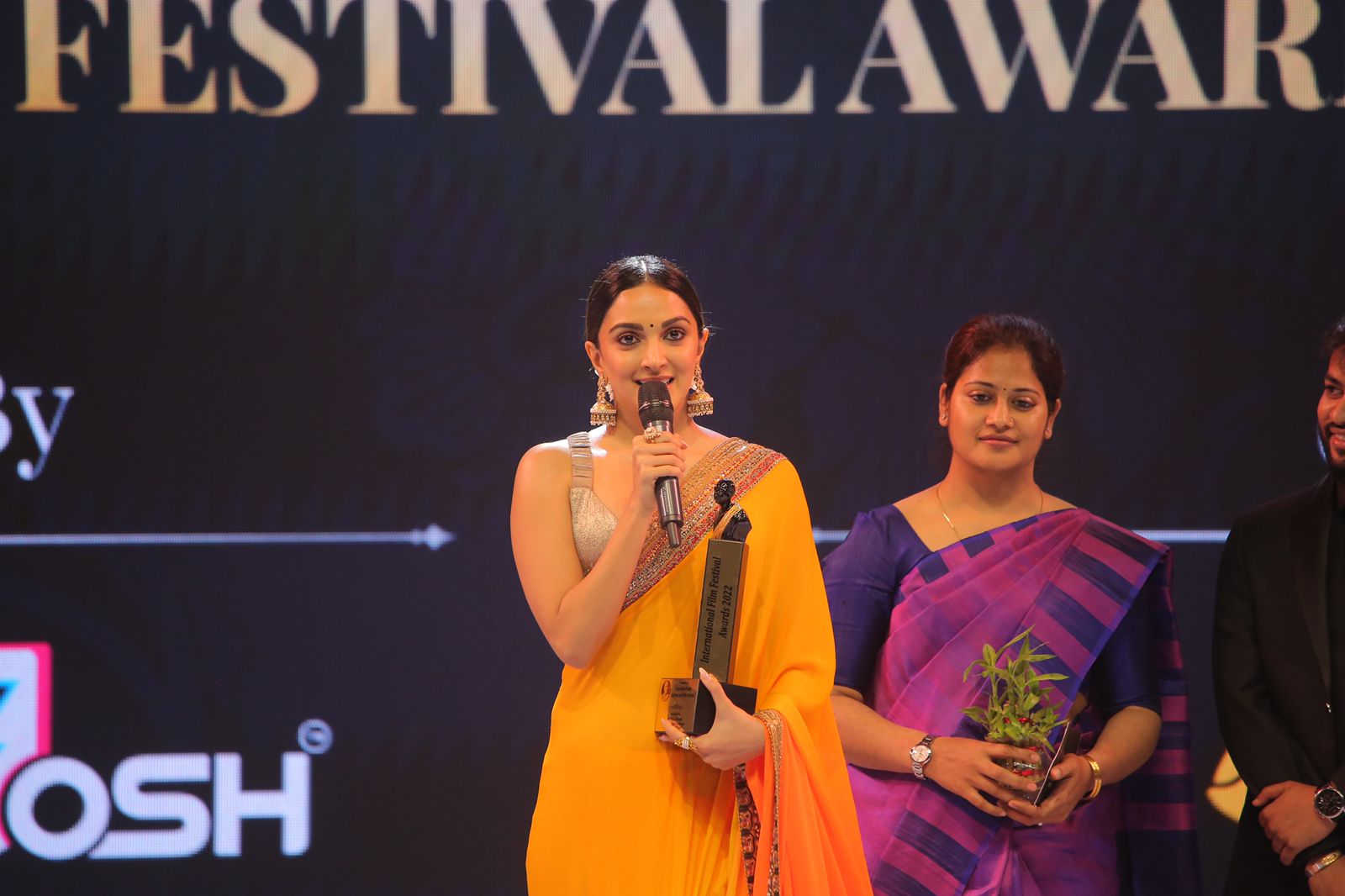 Playing the love interest of Captain Vikram Batra in the war biographical film, Kiara Advani won over the audience in not just India but across the globe with her earnest, appealing performance. Signifying the strength, courage and sacrifice of the unsung heroes who are the pillars of support in the armed officer's lives, Kiara Advani brought to screen the emotional story of Dimple Cheema.

Talking about the film as she received the award, Kiara said, "This film (Shershaah) is truly special for not just us a cast and crew but I think the entire nation. The biopic on Captain Batra has been unanimously loved by the audience and the critics, there's just so much gratitude in my heart."

Expressing her thankfulness for the honour, Kiara poured her heartfelt gratitude saying, "This award I want to dedicate to Dimple who I portrayed in the film.  It's been the most emotional journey and this is to Dimple and all the unsung heroes who have been the force behind the armed forces, for their dedication, unconditional love and support for the nation."

One of the most popular and loved stars of the nation, Kiara Advani has an interesting string of projects lined up including Dharma Productions' 'Jug Jugg Jeeyo' and Govinda Naam Mera alongwith 'Bhool Bhulaiyaa 2', S Shankar's RC-15 with Ram Charan and a few unannounced projects.