Seerat Kapoor is one of the most alluring personalities in the Bollywood industry. The actress has always captivated audiences with her enchanting charisma. Seerat Kapoor is currently gaining a large fan following and craze because of her mind-blowing dance moves and performance in her latest music video; Slow Slow alongside Badshah. The actress is quite active on social media and she sure knows how to engage all of her admirers and keep them updated with her shoot schedules. 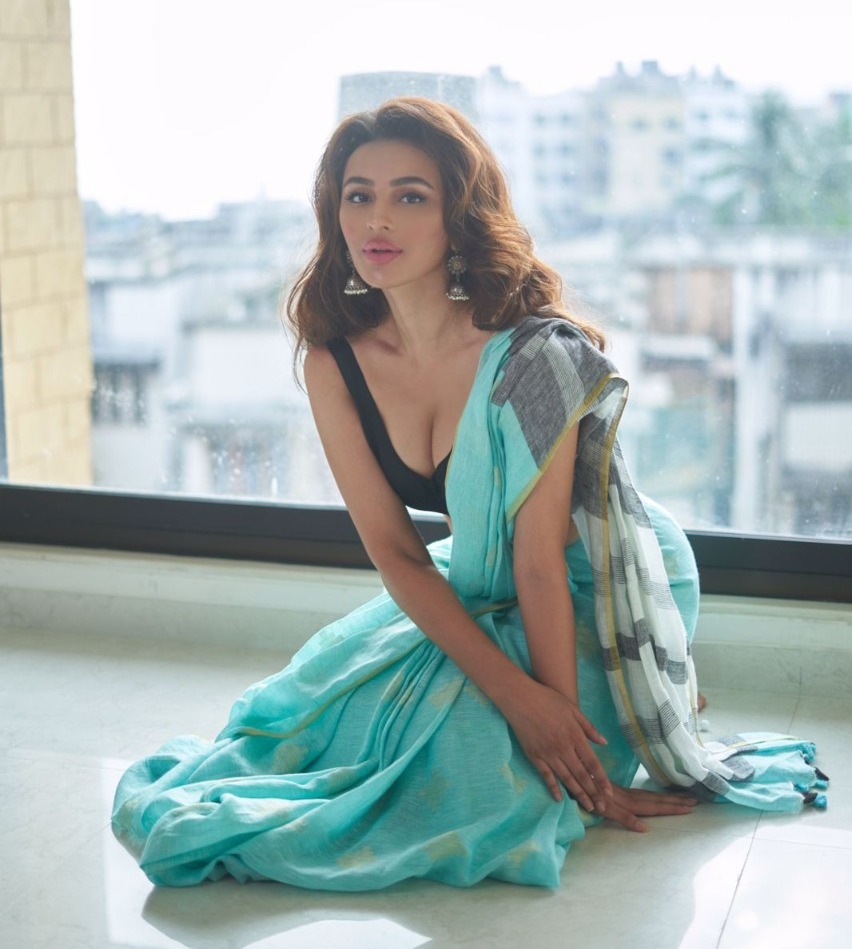 Our traditional and elegant apparel is the saree which never goes out of style and here's proof. Recently Seerat Kapoor took to Instagram and uploaded pictures of herself in traditional wear, while standing by the balcony. Seerat Kapoor is looking drop dead gorgeous wearing a teal blue soft linen, silk designer saree, coordinated with a black sleeveless blouse and we are hooked to her sexy curves in this ravishing and elegant ensemble and how. As for the glam, Seerat Kapoor opts for minimal makeup to enhance her soft dewy look. The actress chose a nude-pink shade of lipstick to compliment her perfectly chiseled jawline and wore her tresses open in wavy curls. We love how Seerat Kapoor teams the outfit with the right pair of classic oxidised jhumka’s and silver bangles to complete the look. Seerat looks very alluring to our eyes. 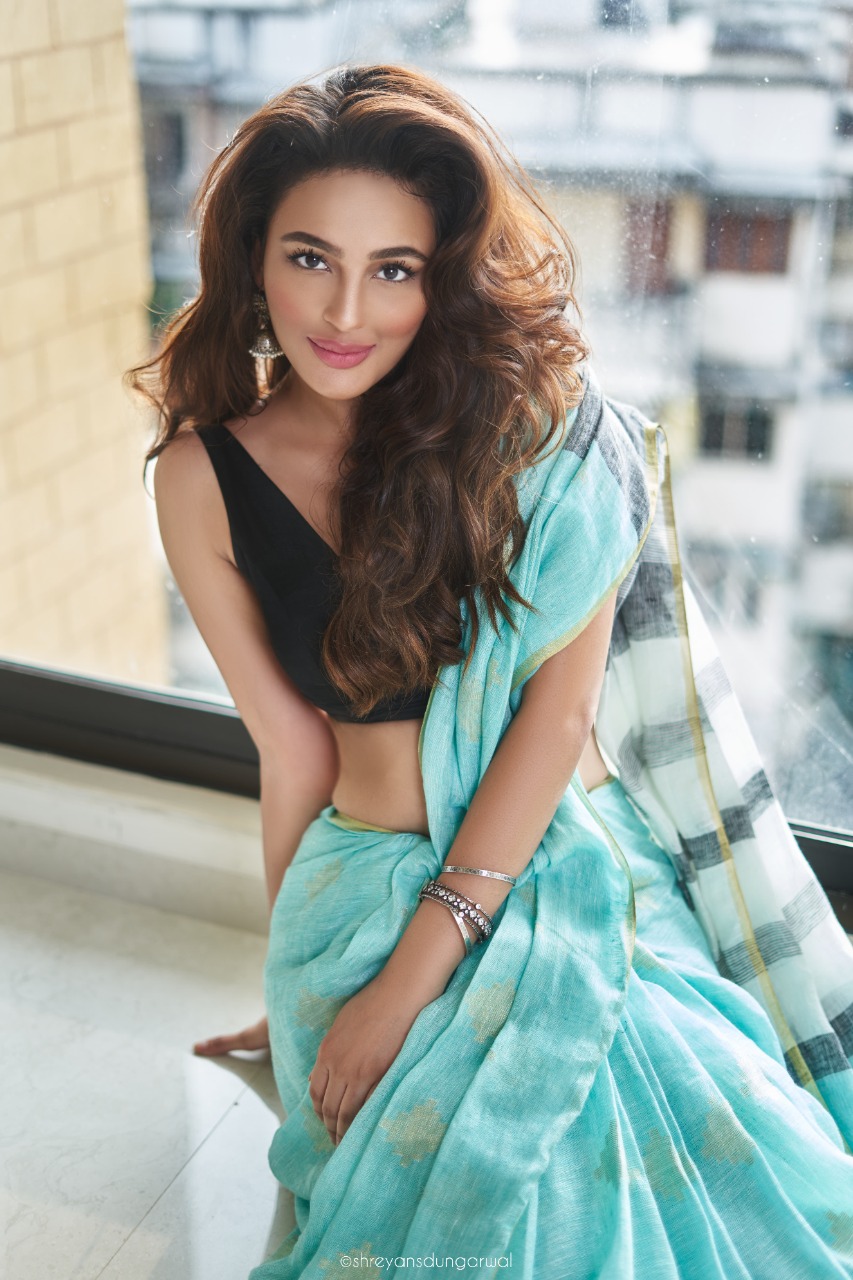 We can say that Seerat Kapoor is one of those actresses who can carry every ensemble with style, grace and with vogue. 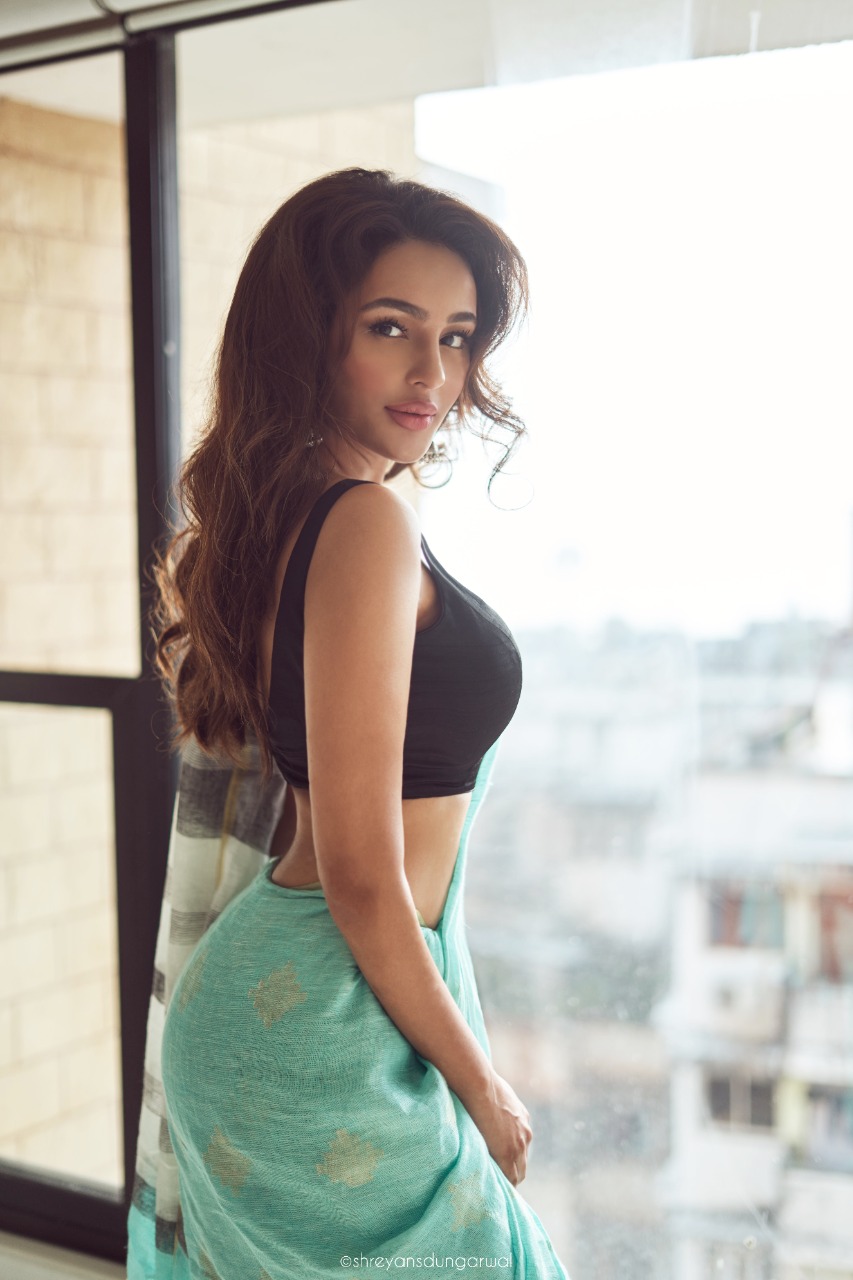 On the professional front, Seerat Kapoor debuted in Tollywood with the film "Run Raja Run" in 2014 and has since acted in films such as "Tiger," "Columbus," "Raju Gari Gadha 2," "Maa Vintha Gadha Vinuma," "Krishna and His Leela," and many others. Fans are eagerly anticipating Seerat Kapoor's Bollywood debut in Maarrich, with renowned actor Naseeruddin Shah and the handsome Tusshar Kapoor. The actress will star in Dil Raju's forthcoming Telugu film as a leading lady. Aside from that, the actress has already received interesting projects from leading Bollywood filmmakers and we can’t wait to see what Seerat Kapoor signs next. Details to be announced soon.