After Bhoot Police, Saif Ali Khan fans are waiting to watch more of him on the big screen! Today, just a glimpse of his look from his upcoming neo-noir action thriller Vikram Vedha has left them wanting more. 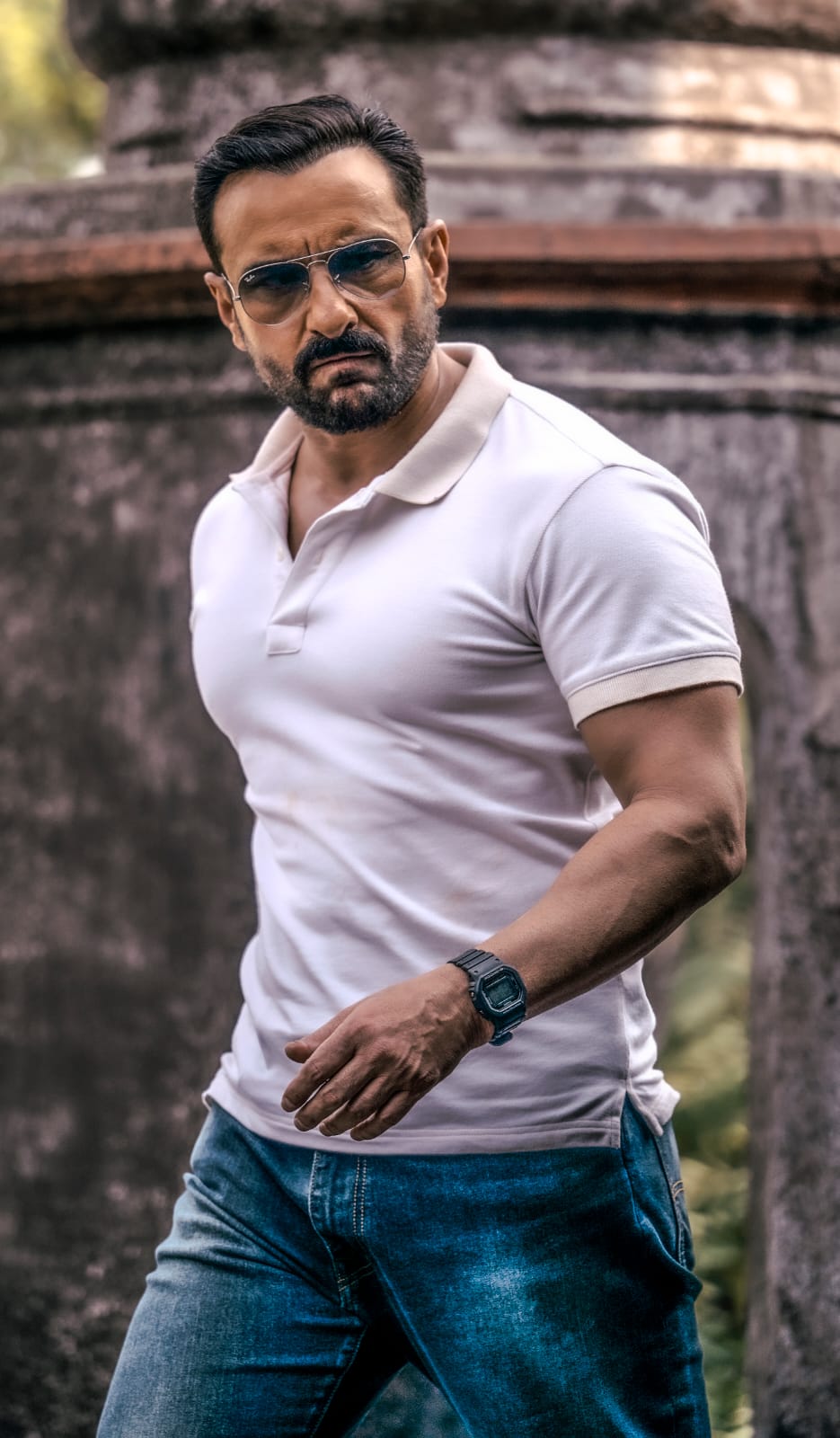 The classic combination of a plain white tee with blue jeans has never looked this rugged and good! Saif Ali Khan’s macho and buff avatar as police officer Vikram in the film has fans swooning over the actor. The first dekko of Saif’s new character look reveal has created even more intrigue for not only the film, but also to watch yet another shade of the actor play out onscreen.

Vikram Vedha will mark the actor’s return as a cop after the massive success of Sacred Games, in which he played Sartaj Singh, a beaten down cop with a second chance to prove himself. Even in his recent horror comedy, Bhoot Police, Saif played the character of Vibhooti, a quirky ghostbuster. The actor has already given us two different shades to quintessential cop roles and now, fans are definitely calling encore on his cop avatar with Vikram Vedha!