Raveena Tandon, who was most recently seen in the web show ‘Aranyak’, was emotional on stage after accepting the Dadasaheb Phalke International Film award for Best Actress 2022 for her role as Kasturi Dogra. 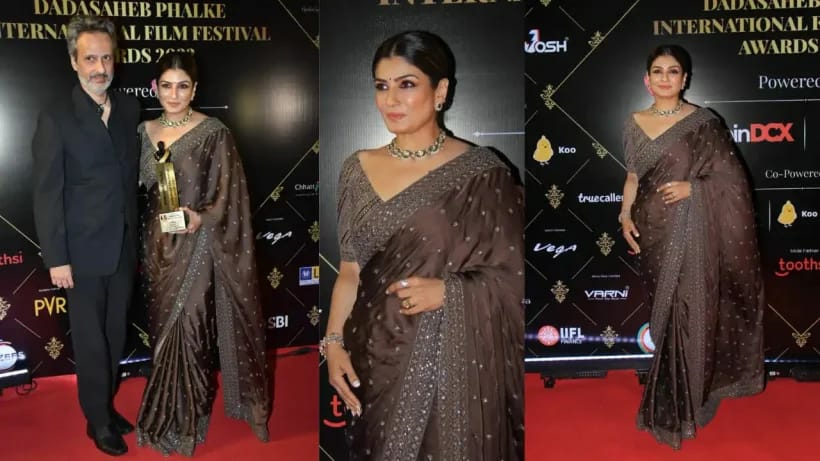 Dedicating the award to her dad Raveena Tandon says, "After telling my father that I am getting this award, I sent him an invite. Dad was very excited and he told us that he got it 15 years ago and now his daughter is getting it.” “This is for you papa. Even my mom said father and daughter raised the flag.”, she said while concluding her speech.

Acknowledging the success of her web series Raveena said about the character “Kasturi’s character is what drew me in – she is such a fierce, aspirational lady. It was my intention to play a woman in uniform someday as I have tremendous respect for them. The way they juggle their personal and professional lives, the sacrifices they make for their families and their country, and all with a smile on their face.”

Aranyak web show is directed by Vinay Vyakul, with filmmaker Rohan Sippy attached as the showrunner.

On the work front, Raveena Tandon will be seen in KGF: Chapter 2 opposite Yash and Sanjay Dutt.