Directors Kut Production’s popular daily show Anupamaa bagged the television series of the year at Dadasaheb Phalke International Film Festival Awards 2022 while lead actress Rupali Ganguly won the most promising actress in a television series. The awards nite took place in Mumbai on Sunday (20th February 2022). The event was graced by the who’s who from the entertainment industry including Kiara Advani, Sidharth Malhotra, Lara Dutta, Sanya Malhotra, Raveena Tandon, Lucky Ali, Satish Kaushik, Asha Parekh, Aayush Sharma, Ahan Shetty and others. The event was hosted by Ronit Roy and Rannvijay Singha. The occasion celebrated the grandeur of Indian Cinema and commemorated 75 years of Independence (Azadi ka Amrit Mahotsav). The award ceremony set a benchmark by honouring three broad segments of the Indian Entertainment Industries under one roof. The grand event was full of elite attendees, big wins and memorable moments. Popular actor Shaheer Sheikh also won an award of Best Actor, he was seen chatting with Rajan Shahi in the event. The popular actor has teamed up with Rajan Shahi for Directors Kut Productions' next show 'Woh Toh Hai Albela'. Shaheer had earlier worked on Rajan's production 'Yeh Rishtey Hain Pyaar Ke'. It starred Rhea Sharma opposite him and ran between 2019-2020. 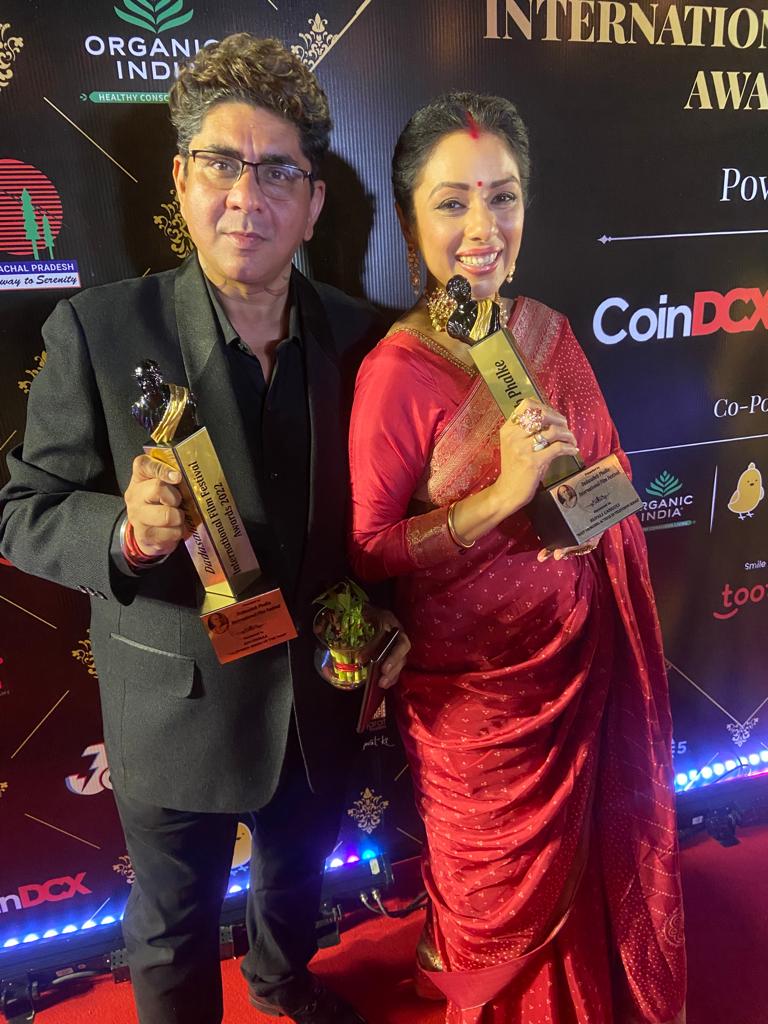 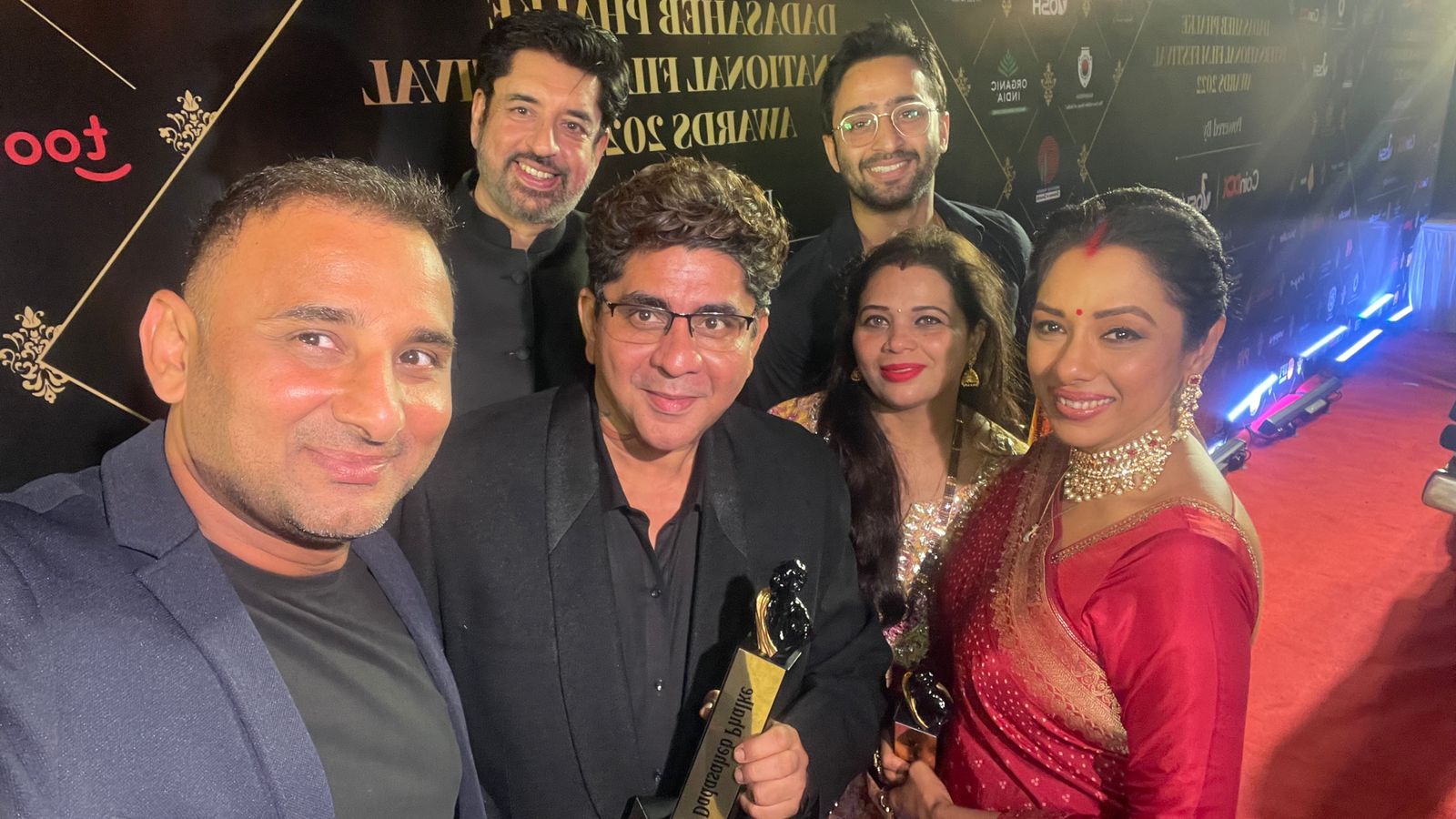 It's not just a happy moment for Rajan Shahi but for his mother Deepa Shahi too who is the co-producer of Rupali Ganguly and Sudhanshu Pandey-starrer "Anupamaa". She made her debut as a producer with Anupamaa and the show’s popularity is only growing day by day. 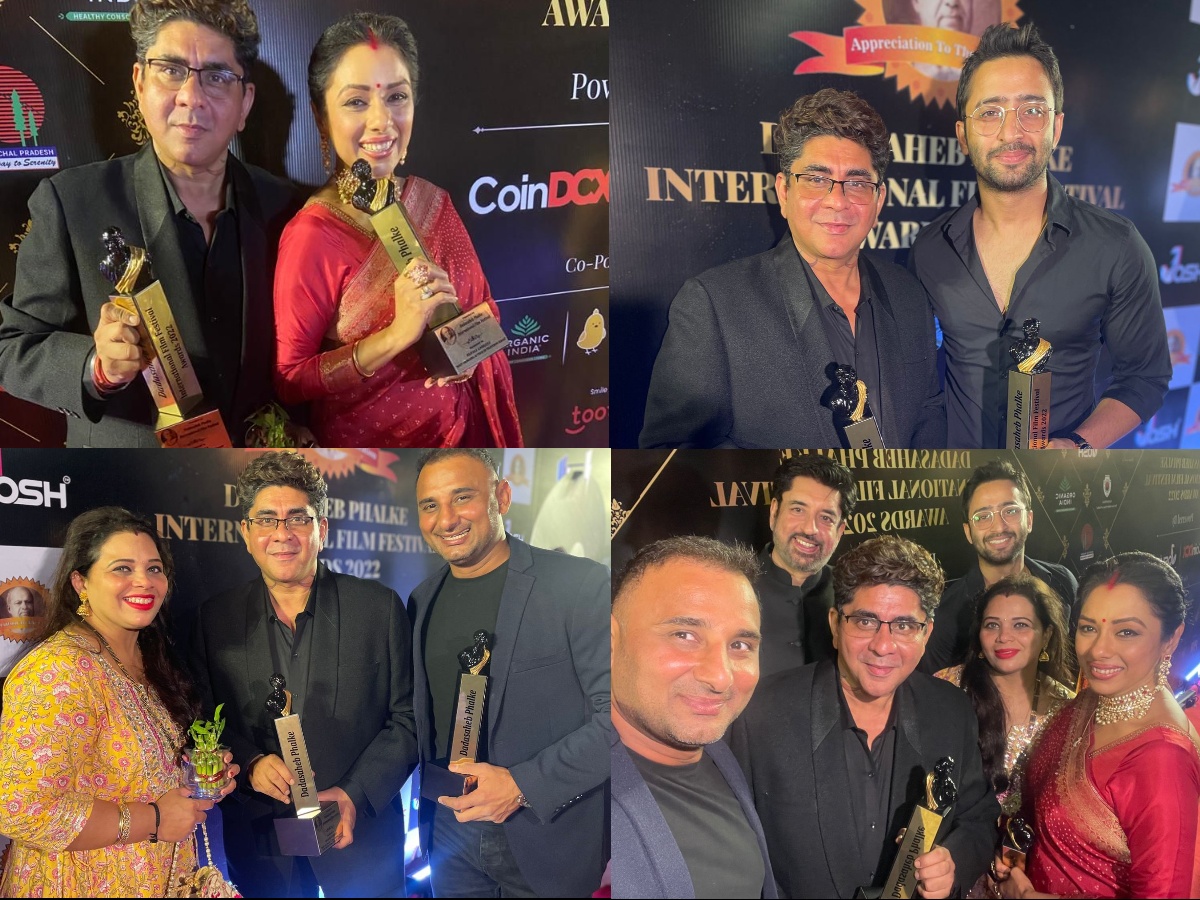 Producer-director Rajan Shahi has had an illustrious career. Not only has he consolidated his position in the television industry with hit shows, but his daughter Ishika Shahi, too, is set to make a mark in the industry. That makes it four generations in one family who have contributed to the entertainment industry. Shahi’s maternal grandfather late P Jairaj was an acclaimed actor, filmmaker and Dadasaheb Phalke awardee. Rajan is known for his hard work, and in a career spanning over 30 years, he rose from the grassroots level to create a niche for himself.  On the other hand Rupali Ganguly who is known for her versatility has emerged as a winner playing Anupamaa perfectly and winning several hearts with her effortless acting. After Sarabhai Vs Sarabhai, where Ganguly has portrayed funny Monisha, Anupamaa has definitely created a different place in her career.