After the success of ‘Bin Tere’, ‘Yaadein Aane Lagi’ and ‘Aankhon Ke Ishaare’ singer-composer Raahul Jatin is all set to hit the music charts with his next original single, titled ‘Batao Na’. In this lighthearted song, Raahul shares the screen with Argentinian model-actress Rocio De La Grana. Harper Gahunia has directed the breezy music video and none other than Jatin Pandit has penned down the lyrics. Raahul has sung, composed and produced the music of this easygoing melody. 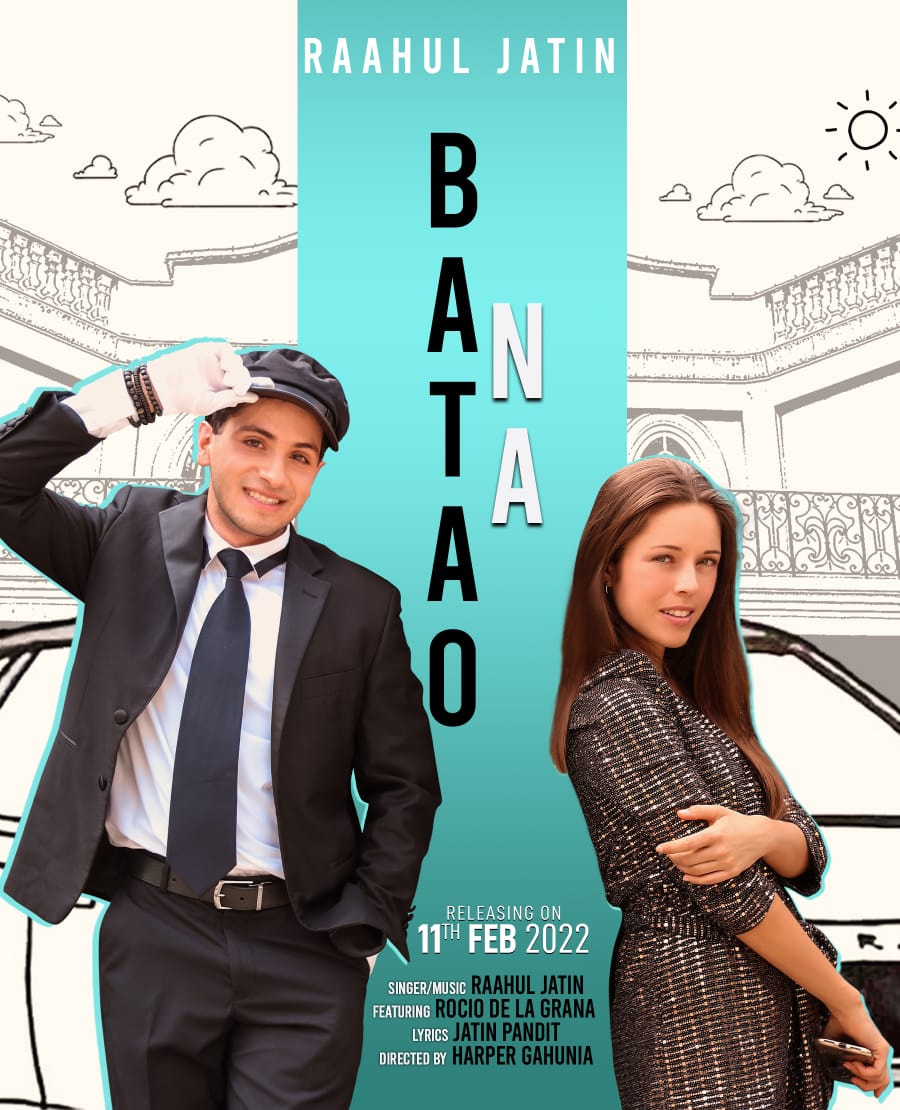 His father is Jatin Pandit, of the legendary Jatin-Lalit duo; composers of romantic songs like Pehla Nasha, Vaada Raha Sanam, Tujhe Dekha Toh Yeh Jaana Sanam, Bahon Ke Darmiyan, Kuch Kuch Hota Hai. Strong melody has always been their forte. Raahul has inherited the melodious genes of his father Jatin Pandit and is continuing to take his musical legacy forward. Commenting on the same Raahul says, “Honestly speaking my journey has just begun and I have a long way to go. There is just no comparison with legends of their caliber. All I can say is that I love making music, keeping a good melody in mind and singing it soulfully. Music is an integral part of my life and hopefully “Batao Na” can please my fans and followers.”

Talking about the song, Raahul says, "We shot “Batao Na” in the beautiful locales of Anaheim Hills, California with the backdrop of a majestic mansion. I portray a wealthy tech millionaire entrepreneur, who falls in love with a girl at first sight and who disguises as a driver to win the girl. There are some light-hearted, funny & naughty situations in the song. It was fun playing a driver’s character. I had an amazing time working with Rocio. She is very talented, her expressions are precise and overall a cooperative & chilled person. I wanted the song to have very simple, easy-to-understand lyrics that anyone could relate to. Every guy at some point must have asked the girl he loves whether or not she loves him back. That is why I felt the hook line “Batao Na” was right for the song.”

“For most of my songs, I compose the melody first and then work on the music production. However, for Batao Na, I worked on the rhythm first and then came up with the tune. I have produced this song as well in my studio. Overall it has been a satisfying experience for me. I hope everyone likes the song and watches the video”, added Raahul

With Raahul’s lively vocals, beautiful and joyful melody, breezy lyrics by Jatin Pandit “Batao Na '' is seasoned with all the ingredients of a fun-filled tale.