The lyrical video of Pan India Star Pooja Hegde's first song Arabic Kuthu in Beast dropped with her dreamy and ultra glamourous looks have stunned fans. Raising the heat in the song, the pan-India star has kicked off a social media uproar with her killer dance moves and sizzling chemistry with her co-star, Vijay Thalapathy. Her chemistry with him has been dubbed as glitzy and the song is a full-on glam feast. Through the song, we saw a new side of Pooja as a graceful dancer and it becomes clear that the glam diva can rise to any challenge. 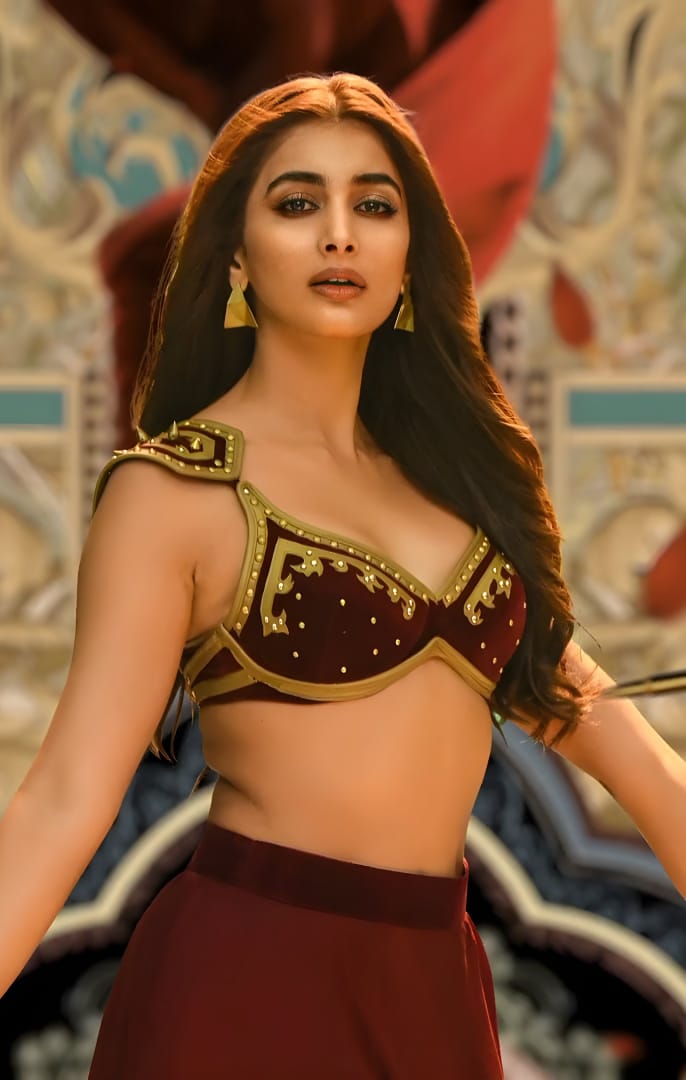 The said song is composed by Anirudh, written by Sivakarthikeyan and sung by Jonita Gandhi and Anirudh in Tamil. Winning over listeners within 24 hours, the song is sure to capture Pooja as a consummate dancer. Viewers have already thronged the comments' section of the song with compliments for Pooja and its danceable melody. The highlights of the song are its choreography and Pooja's elegant dance moves and sultry body language.

Striking us as an Egyptian goddess, Pooja enchants with kohled eyes, wavy hair, metallic elements on her attire, graceful moves and her signature golden smile in the song. The Arabic theme of her ensemble not only reflected in her exotic white and wine coloured outfit but also in the delicate way her jewellery was accessorised.

Elated at the response to the song, Pooja Hegde says, "I was so thrilled to shoot a song that styled me in exotic Arabic looks. Experimenting with different ensembles is exciting for me. The choreography of the song is super groovy and I'm happy that viewers have loved it. It's great to have so many viewers react to the song.”

Beast is an upcoming black comedy action-thriller film that stars pan India phenomenon in new avatars. The movie is written and directed by Nelson Dilipkumar and produced by Sun Pictures.

Pooja Hegde is gearing for her upcoming movies include 'Radhe Shyam' opposite Prabhas including Salman Khan's 'Bhaijaan', 'Cirkus' opposite Ranveer Singh, 'Acharya' with Chiranjeevi and Ram Charan, and SSMB28 opposite Mahesh Babu.