Pooja Hegde becomes the jaan of the nation with her latest song Jaan Hai Meri!

Pan India star Pooja Hegde has fans going gaga over her latest song Jaan Hai Meri from Radhe Shyam. Much to the delight of those awaiting the multilingual film's release, 'Jaan Hai Meri' was released amid its heightened buzz and the soulful song rechristened Pooja as the jaan of the nation. The gorgeous actress sparks heartwarming chemistry with her co-star Prabhas in the song that's all about selfless love. The song has been beautifully sung by Armaan Malik, whereas the lyrics are written by Rashmi Virag. The music of the song is directed by Amaal Mallik. 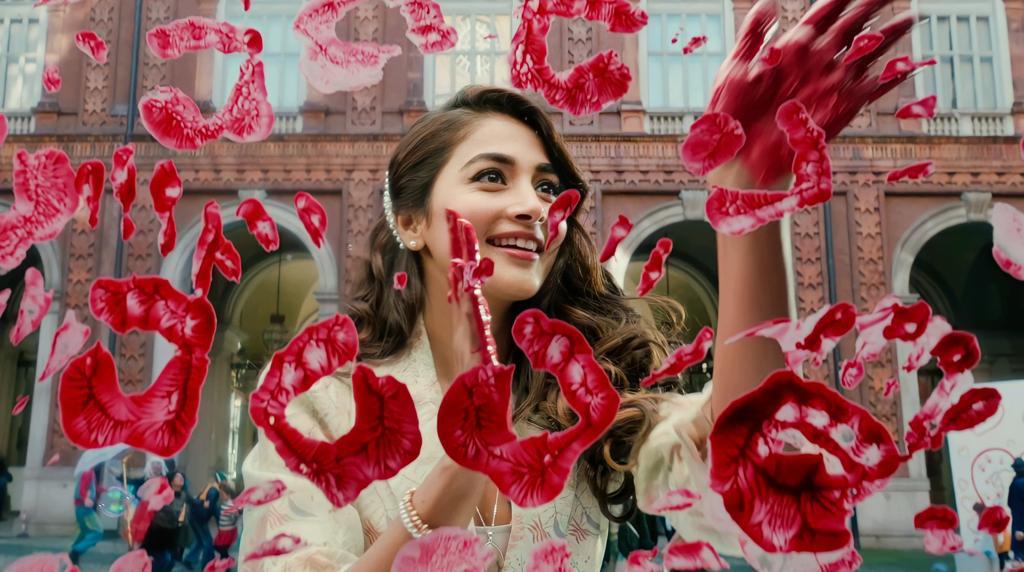 In the song, the reel lovebirds are seen as strangers who appear at a bench unbeknownst to the other and talk to each other through coal sketches they make on a wall. The highlights of the song are Pooja bumping into Prabhas as she carries a goldfish bowl across a rain-riddled street, the couple talking to each other through sketches, Prabhas (a palmist in the film) reading the impression of her hand and both the actors making goofy poses in a coin-operated photo booth.

Helmed by Radha Krishna Kumar, Pooja's upcoming film is a science-fiction drama is set in the backdrop of 1970s Europe. On the work front, the Pan India star will be seen in  Salman Khan's 'Bhaijaan', 'Cirkus' opposite Ranveer Singh, 'Acharya' with Chiranjeevi and Ram Charan, and SSMB28 opposite Mahesh Babu.