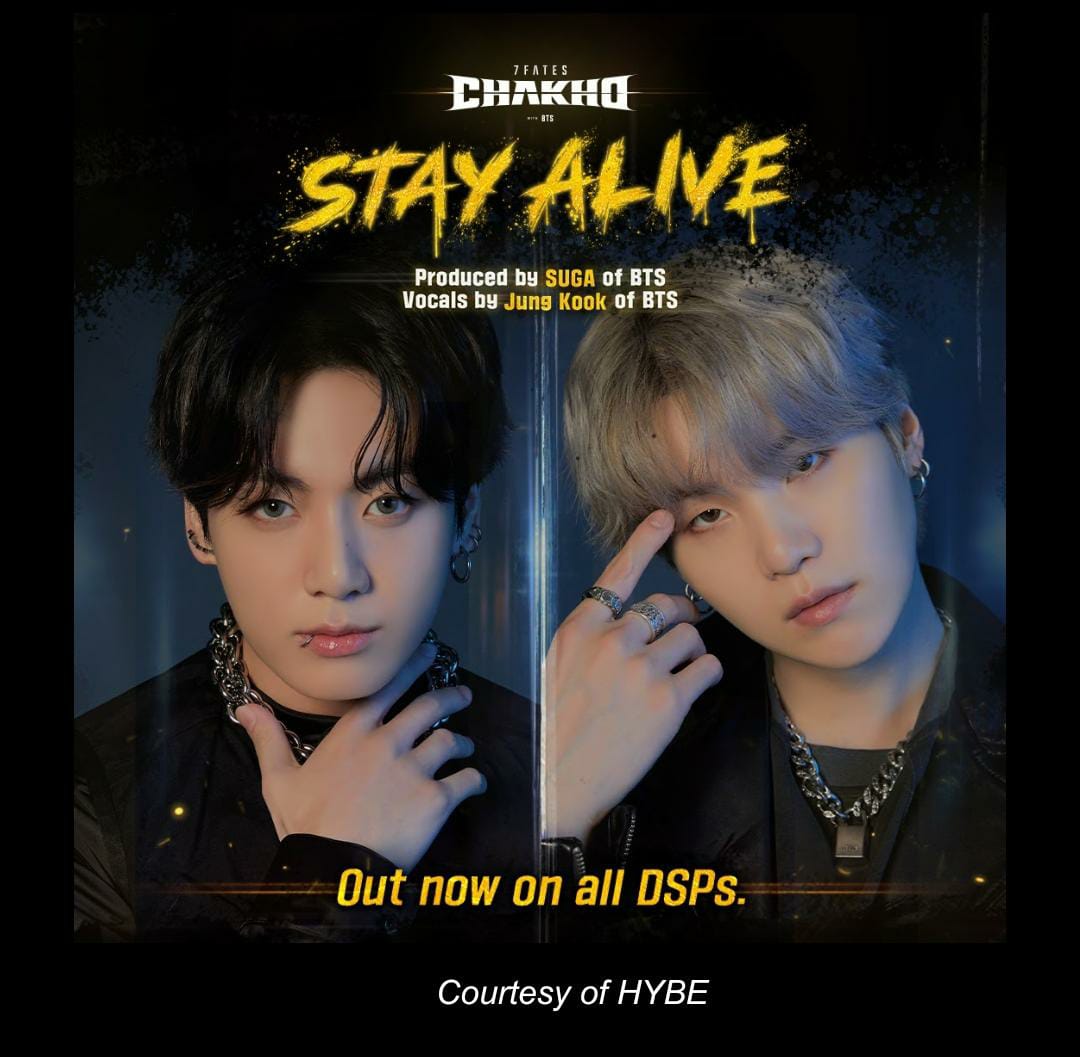 The song was partially revealed on February 4, along with Episode Four of 7FATES: CHAKHO, exclusively via digital comics platform WEBTOON. This marks the first time WEBTOON uses an OST as background music in global releases of all 10 languages.

“Stay Alive (Prod. SUGA of BTS)” is a pop ballad that exudes a dreamy, sublime energy that complements the storyline and atmosphere of the urban fantasy story that portrays confrontations between humans and the Beom tribe in a corrupt world. BTS’ SUGA took on the role of producer of the song while Jung Kook's soulful vocals capture the essence of the story’s characters and narrative.

The title, “Stay Alive,” is a nod to the characters in the story as they try to survive in a vicious world. The lyrics explore an isolated boy's earnest heart and message to himself and friends who he meets in that vicious world.

7FATES: CHAKHO was launched in 10 languages around the world in January, and immediately drew phenomenal responses amassing more than 15 million views within two days. It is an urban fantasy reinterpretation of chakhogapsa, a legendary group of tiger hunters from the Joseon Dynasty. A new episode is released every Saturday.

HYBE, formerly known as Big Hit Entertainment, is an entertainment lifestyle platform company that innovates the music industry under the mission “We believe in music”. The company was listed on the KOSPI Market of Korea Exchange (KRX) in October 2020. HYBE has established its business ventures in entertainment lifestyle upon three pillars. The label division brings creatives centered around music and artists such as BTS, TOMORROW X TOGETHER, SEVENTEEN, ENHYPEN and ZICO. Solution operates specialized business units for video content, IP, learning and games. The platform division connects and expands all of HYBE’s contents and services. Based on organic operations and synergies created in each field, HYBE aims to create top-notch content, expand fan experience, and make a difference for anyone who enjoys a music-based entertainment lifestyle.