The much anticipated -  Gangubai Kathiawadi featuring Alia Bhatt in the titular role, helmed by Sanjay Leela Bhansali hit the big screen this Friday. 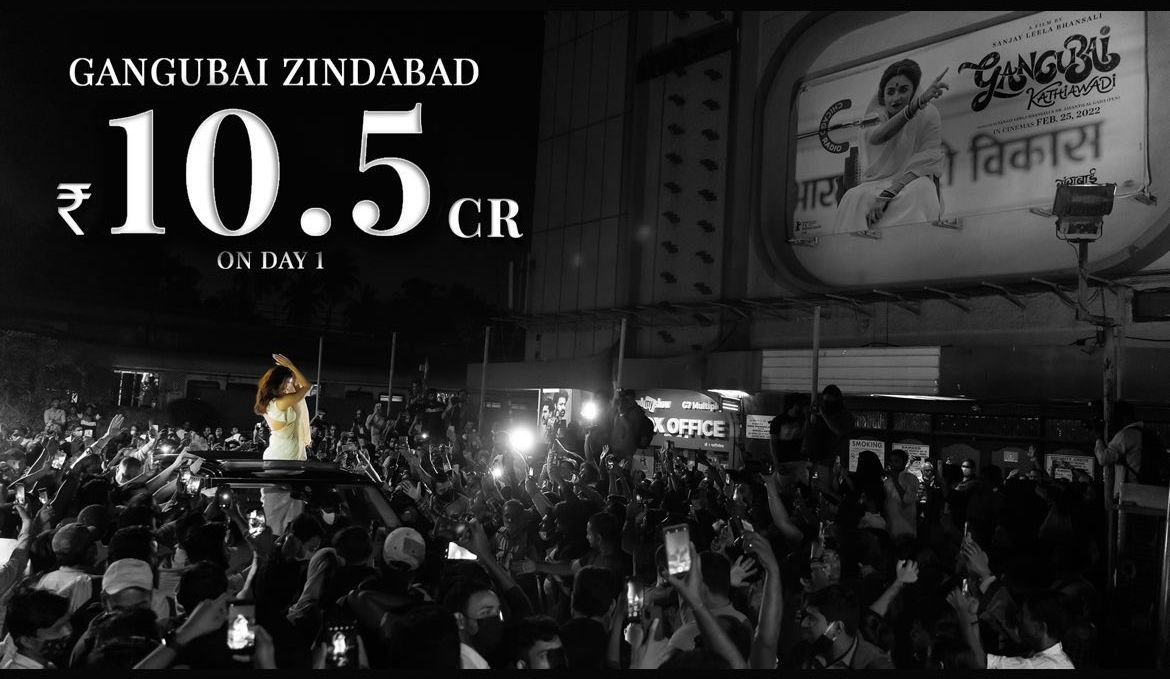 The film opened to a solid number - 10.5 Cr on its Day 1 and is expected to pick up over the weekend, especially in metro cities. The advance was phenomenal which added to the bumper opening.

Alia Bhatt starrer opens up with double digits despite the theatres in most cities (especially Mumbai and Delhi) having 50 % occupancy, and limited night shows surpassing all expectations and making it the highest female-centric film opening.

Riding high on critical acclaim, Gangubai Kathiawadi is touted to be Alia’s best performance to date. From industry insiders to audiences, the film has been lauded by everyone alike.

Calling it a solid start for the film, a trade portal quoted, “Alia Bhatt is easily the top female star today.”

Vicky Kaushal who had attended the special screening of the film had shared, “Absolutely shook by the sheer brilliance at display in this film. SLB Sir you are a master! And @aliaabhatt don’t even know what to say about you…breathtakingly amazing as Gangu! Hats off”.

Anil Kapoor too took to Twitter to post, "The world created by #SanjayLeelaBhansali in #GangubaiKathiawadi is mesmerizing! The photography, the music, the dialogues...it's like watching poetry in motion! @aliaa08  is, in one word, superlative! Still reeling from the sights & sounds of #Gangubai. What a treat!"

Netizens too have hailed Alia’s commendable performance. A user tweeted, “M sure this film break all record's So I just happened to watch FDFS of #GangubaiKathiawadi & my goodness I couldn’t stop praising Alia's Performance as Gangubai!”