Aditis fans have been eagerly awaiting the release of their favourite actress’ upcoming romantic comedy, Hey Sinamika where she is paired for the first time opposite Dulquer Salman.

Both stars took to their social media to share the teaser poster of their upcoming song, Megham, from the film. The poster released by the team has upped the anticipation surrounding the film and this fresh onscreen pair. 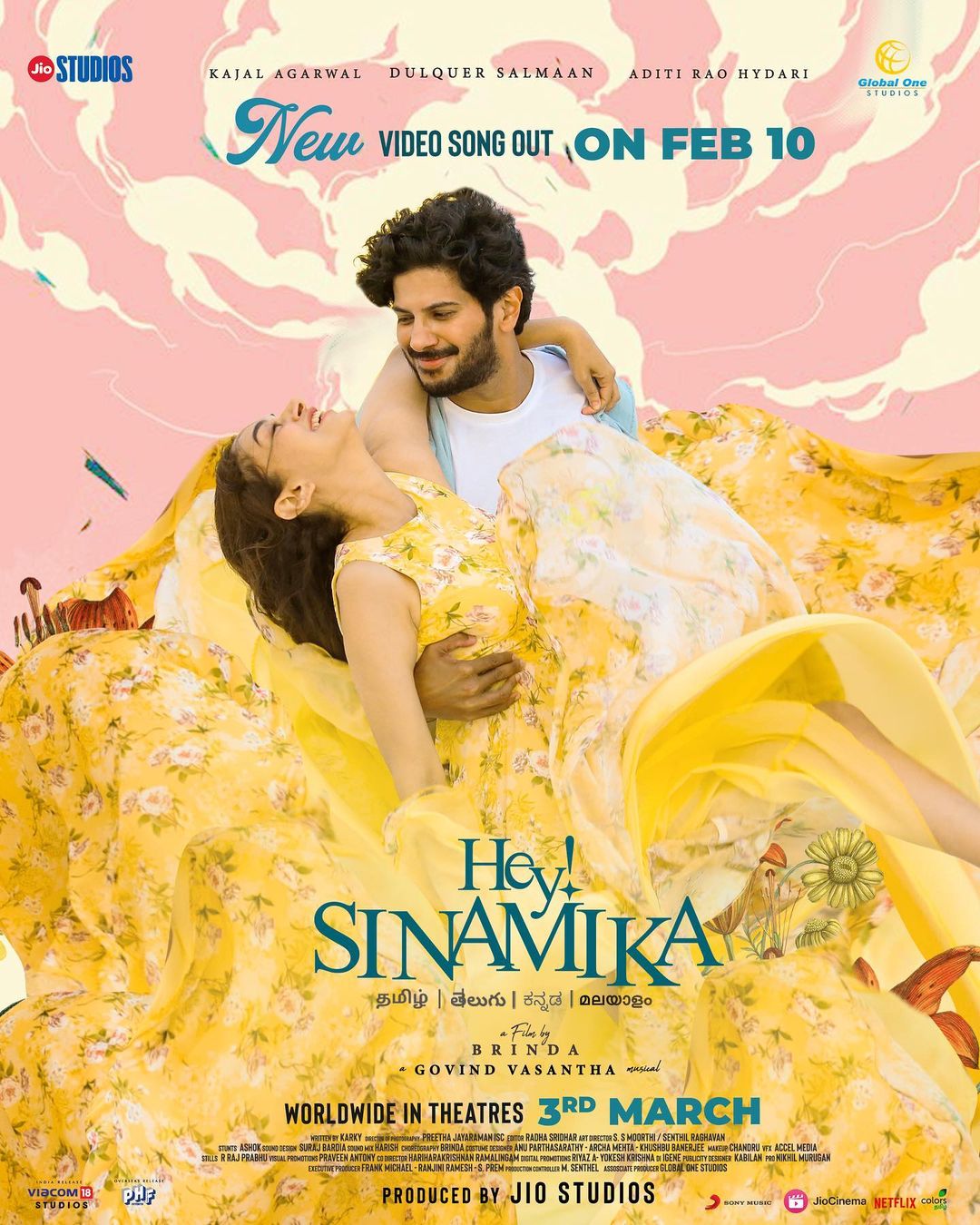 Just in time for Valentine’s Day, the full video of the song will be  be released on  February 10.

Meanwhile, the teaser poster has also increased the anticipation Hey Sinamika. Co-produced by Viacom18 Studios, Jio Studios and Global One Studios, the film is directed by Ace choreographer Brinda. And is slated for a theatrical release on March 3. In Tamil, Malyalam and Telugu. The countdown to watch Aditi and Dulquer on the big screen begins…