Ever since Tamannaah has joined forces with Madhur Bhandarkar for his anticipated next Babli Bouncer, cine lovers across the nation have been excited to watch the powerhouse duo's magic on screen! The PAN-India star has already begun the shooting for the project. Now an exclusive video of Muhurat Shot has been recovered from the sets! 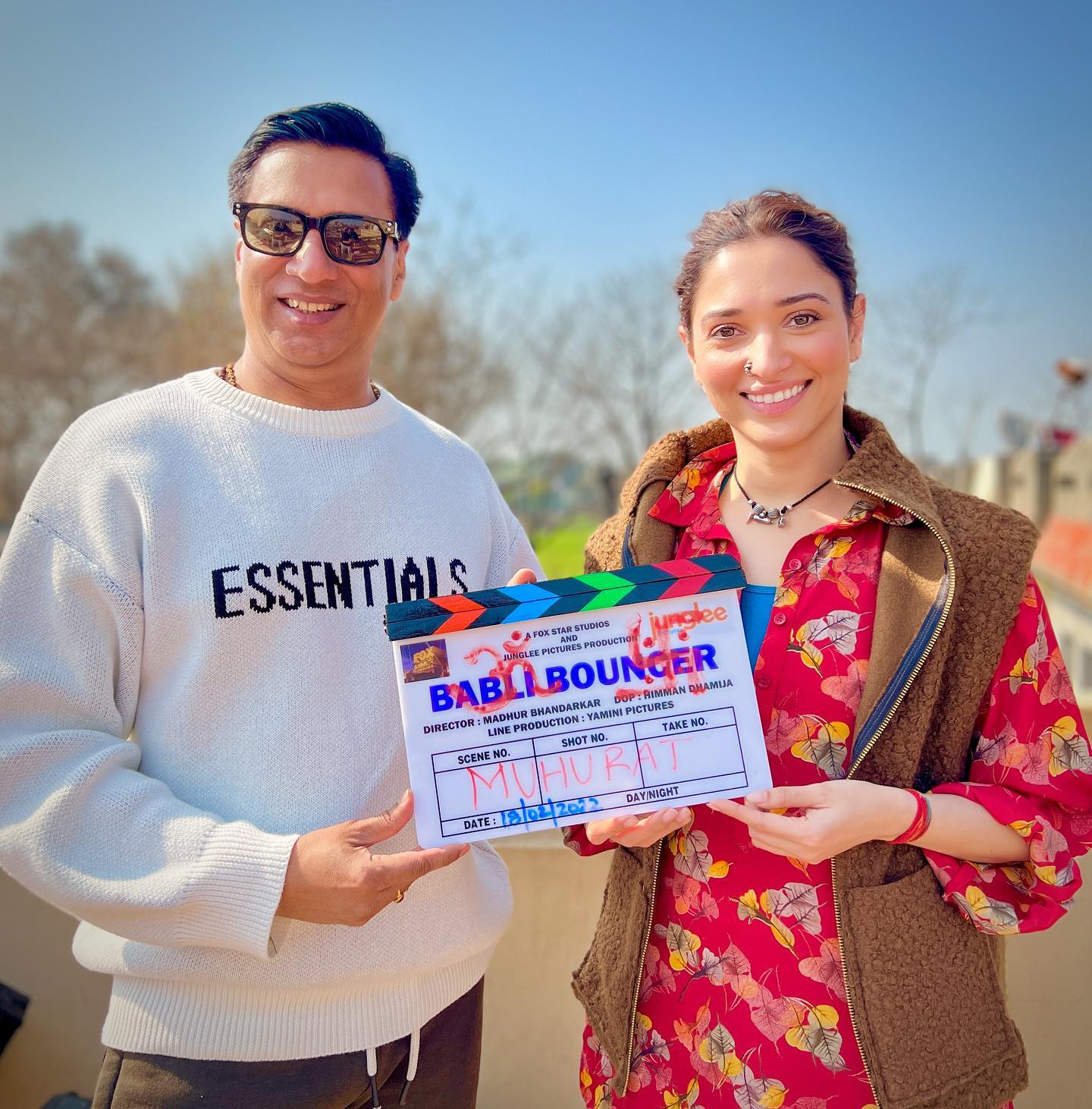 In the inside video, Tamannaah & Madhur Bhandarkar can be seen performing the rituals of the Muhurat Shot before kickstarting the filming of Babli Bouncer. Carrying the character's Avatar, the box office queen looked captivating in a simple yellow-maroon dress paired with a nose ring, giving her a quirky vibe.

Tamannaah would essay a defining character of a female bouncer in the light-hearted film by Madhur Bhandarkar. The blockbuster star is the latest addition to the filmmaker's powerhouse muses, including Tabu, Priyanka Chopra Jonas, and Kareena Kapoor Khan.

Meanwhile, the busy actress has many releases on the horizon. Tamannaah has Gurthunda Seethakalam, F3, & Bhola Shankar in the South and Plan A Plan B & Yaar Dost in Bollywood.