Music composer and singer Bappi Lahiri, our very own Disco King, who became a name to reckon with in the 80s, 90s, and even in the present time, breathed his last at Mumbai's CritiCare Hospital on Wednesday. He was 69. The industry is in shock and in a state of mourning losing yet another icon after the demise of Lata Mangeshkar. His last rites will be performed today. Some of Lahiri’s popular Bengali films include Amar Prem, Mandira, Aamar Tumi etc, and Hindi films are Disco Dancer, Namak Halaal, Sharaabi, among others. Celebrities share their favourite songs of their loving and always smiling ‘Bappi Da’ as they remember the legend: 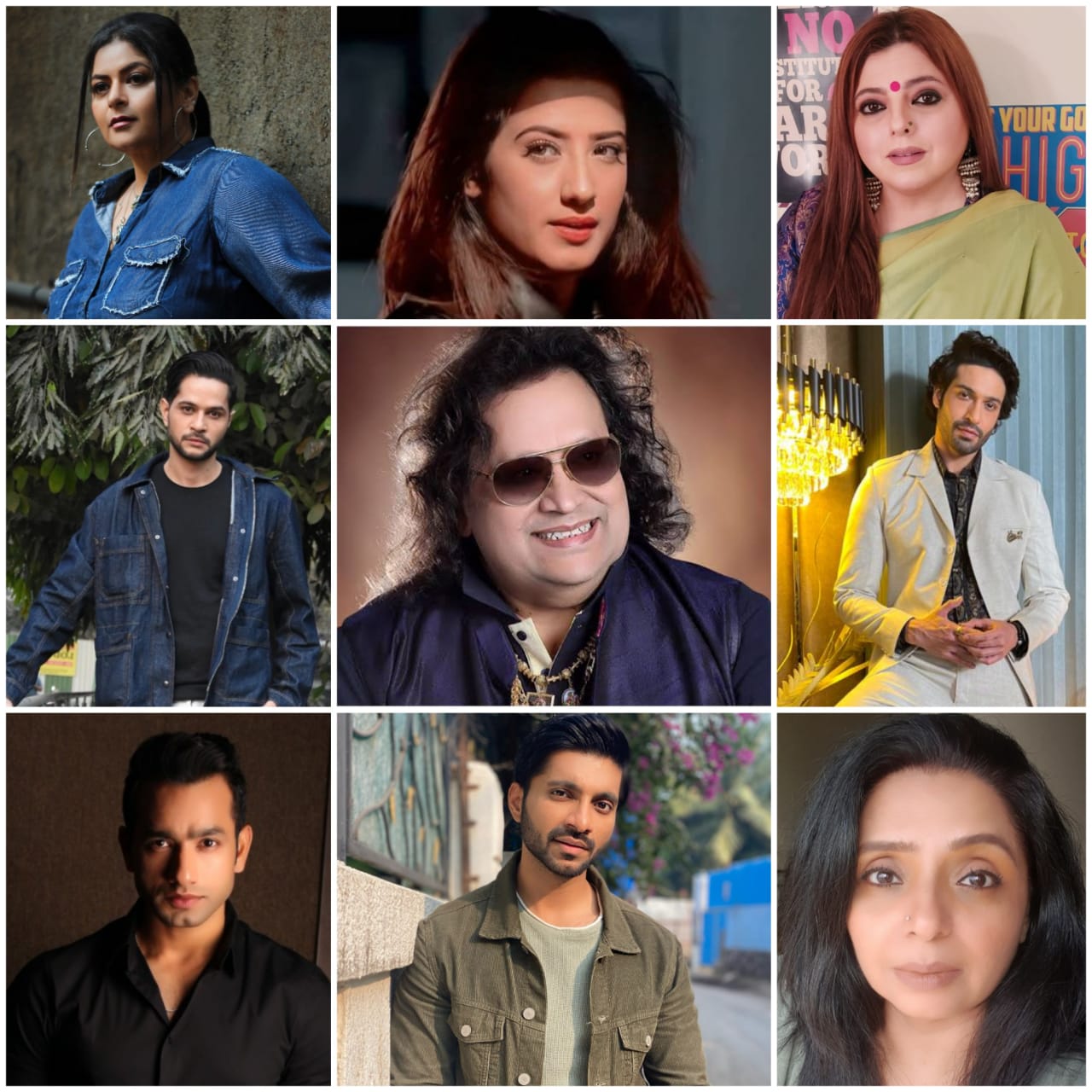 Delnaaz Irani- It's definitely a huge loss for the music industry. I was really shocked to hear this news. I really loved Bappi Da's music because. The '70s and '80s was the disco time and by the time we were in school and college, there was a disco fever and Bappi Da was the man who brought disco. All his songs like Disco Dancer, Yaad Aa Raha Hai Tera Pyaar, Jimmy Jimmy are very upbeat and peppy. One of my most favourites is from the movie Satyamev Jayate which is Dil Me Ho Tum.. the song was picturised on Vinod Khanna Ji and Anita Raj and it was sung beautifully. It was a wonderful piece. I am a disco dancer is definitely a raging hit song.
Vijayendra Kumeria- It's a big loss for India and especially the music industry. I still can't believe that we lost two legends of the industry in 10 days. Bappi Lahiri was of course the disco king of India. He changed the music scene in the country in the 80s and we have all been in awe of his songs. My favourite song by Bappi Lahiri Ji is "I am a disco dancer". I absolutely love the song and the beats are such a mood-lifter. There won't be a Bappi da ever again, he will be truly missed.
Pragati Mehra- Yes, After Lata ji this is the second loss to the Bollywood industry. His demise leaves a big void in the world of Indian music. Can't express this as we have listened to so many of his songs. He was known for his groovy disco tunes and eye-catching fashion style. One of my favorite songs by Bappi Da is Mere Ye Geet Yaad Rakna from the movie Chalte Chalte
Prateik Chaudhary- It's saddening news that we have lost two gems of the Music industry. Bappi Da was popular in the 1980s and 1990s. His voice was the reason for millions to dance, including me. He has sung so many songs, picking a single special is beyond difficult. One of my favourites of his is Yaar Bina Chain Kahan Re from the Movie: Saaheb (1985).
Vaishalee Thakkar- We are losing our gems from the music world one after another. His demise is a great loss to the music fraternity. Inteha ho gayi intezzar ki and Manziley Apni Jageh Hai Raaste Apni Jageh… are my favourite songs composed by Bappi Da. Raat baki baat baaki duet with Asha Ji from Namak halal is also one of his songs that I like.
Aalisha Panwar- Jawani Janeman Hasin Dilruba, this super hit song from the 1982 movie Namak Halal is my favourite. Bappi Da lent his voice to so many hit songs. Since childhood, we have been listening to his songs and Indians fell in love with it, including me. Thanks to his funky, foot-stomping music. Saddened by his demise.
Pranav Misshra- It's extremely saddening and unfortunate that Bappi Lahiri Ji passed away. He left a legacy of music that is going to be remembered for generations and decades to come. It's a huge loss after Lata Ji to the Bollywood industry that cannot be covered ever. My favourite songs by Bappi Da were Tamma Tamma, it's special to me because I performed on this song in the Gold Awards. I also loved the song Ooh La La. I feel extremely sad that iconic legends of the music industry are no more.
Harjinder Singh- This is the most shocking and sad news. In the 80s and 90s, he was known for popularising disco music in India. His signature style, which included dark shades, layers of gold chains and jewellery, as well as his big smile and rock star mentality, would be missed by many. One of my favourite songs by Bappi Da is Tamma Tamma Loge from the movie Thanedaar (1989). He remains the most beloved voice of India and will always be in every Indian heart.
Tags: TV