21st century pop icons BTS are returning with ‘BTS PERMISSION TO DANCE ON STAGE - SEOUL' on March 10, 12 and 13. The concert will take place at the Seoul Olympic Stadium in-person in front of a live audience and will be streamed online. 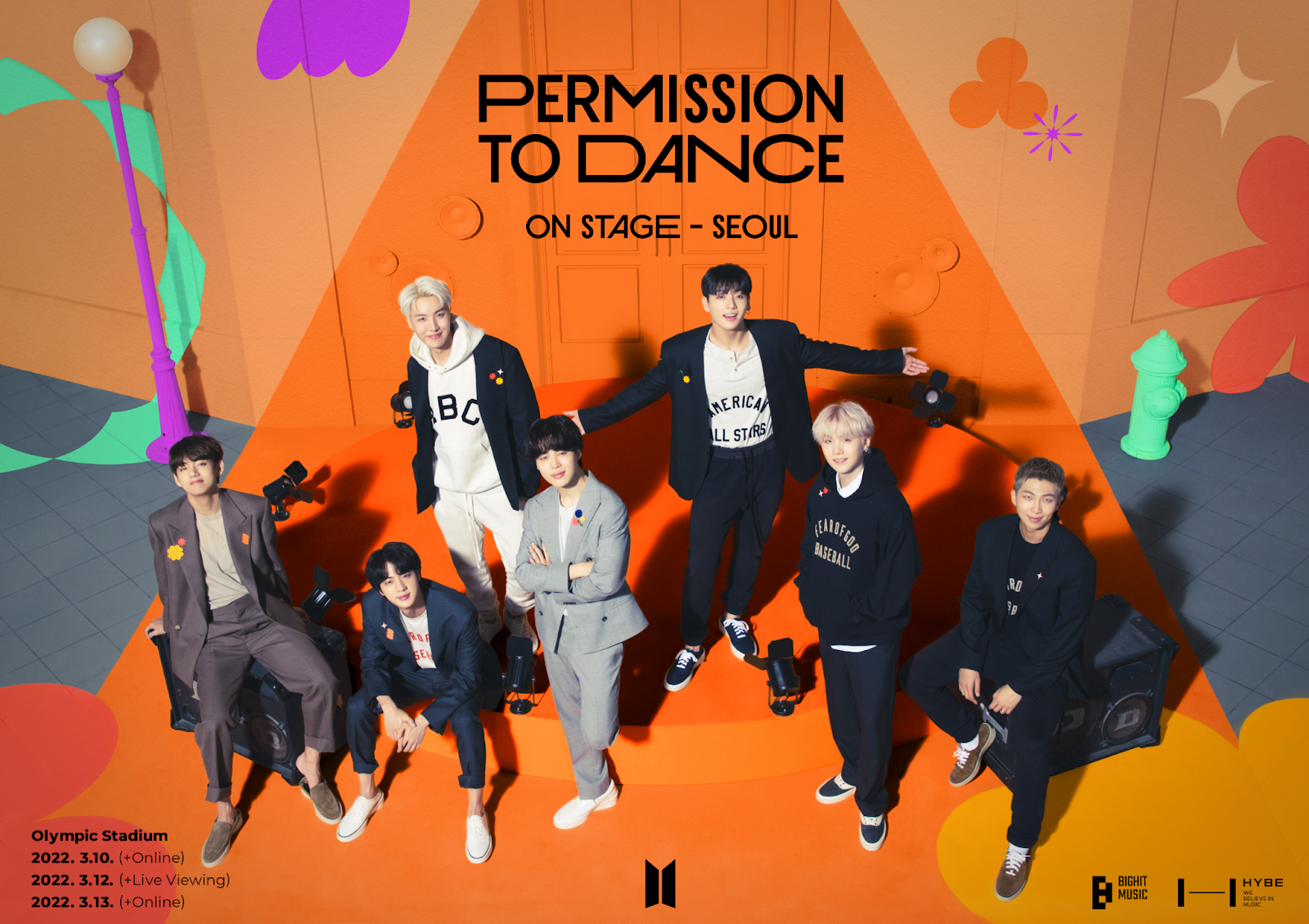 ‘BTS PERMISSION TO DANCE ON STAGE - SEOUL’ marks the band’s first concert with a live audience in Korea in approximately 2 ½ years since BTS WORLD TOUR ‘LOVE YOURSELF : SPEAK YOURSELF’ [THE FINAL] held at the same venue in October 2019.

The online live stream is available on March 10 and 13. The concert on March 12 will be broadcasted in cinemas worldwide through ‘Live Viewing’ event.

Further information about the concert will be announced on global fan community platform Weverse in due course.