Aalisha Panwar will soon be seen as Heer in FNP Media's new short film "Ishqiyaat", which will release on February 14. She is paired up with actor Rrahul Sudhir in the film and the duo offered prayers at the Siddhivinayak Temple before its release. 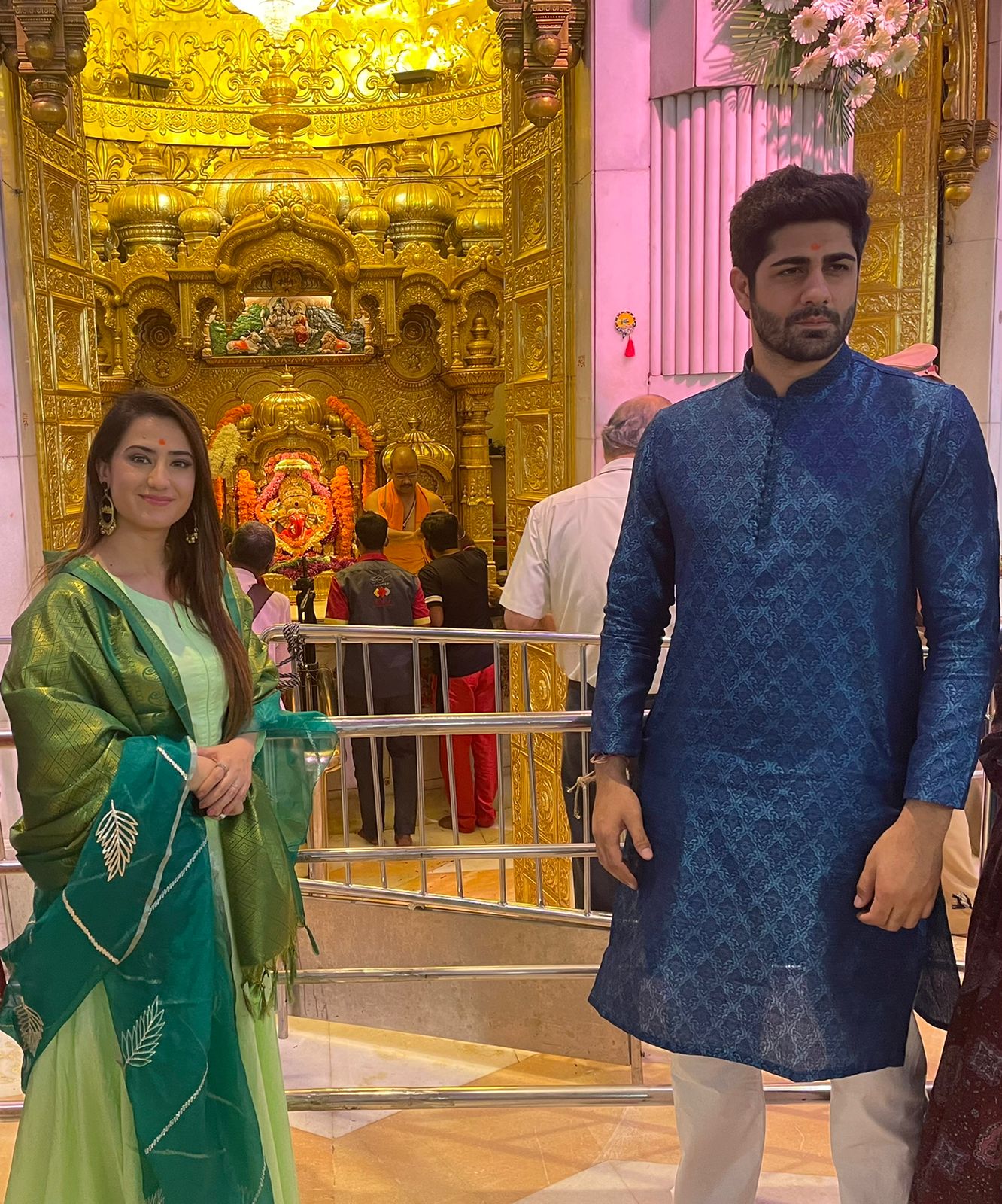 The trailer of the short film released on Thursday and is garnering a good response. The story revolves around Heer and Kabir's love story which turns into a tragedy.

Aalisha looked beautiful in a green suit that she wore to the temple. Even Rrahul chose an ethnic outfit for the day. Produced under the banner Good Idea Films, "Ishqiyaat" has been directed by Pradip Khairwar.