Applause Entertainment and Disney + Hotstar’s next ‘Rudra’ - by far the most anticipated offering on the OTT platform!

With the OTT giant growing bigger by the day in India and across the world, Sameer Nair’s Applause Entertainment with ‘Rudra: The Edge of Darkness’ cuts through the clutter by reimagining an iconic and globally successful British series like Luther in an Indian context. Produced by Applause Entertainment in association with BBC Studios India, the show promises a high-octane crime thriller with a gripping story and is also the first to bring an Indian superstar like Ajay Devgn to long format content on the OTT platform. 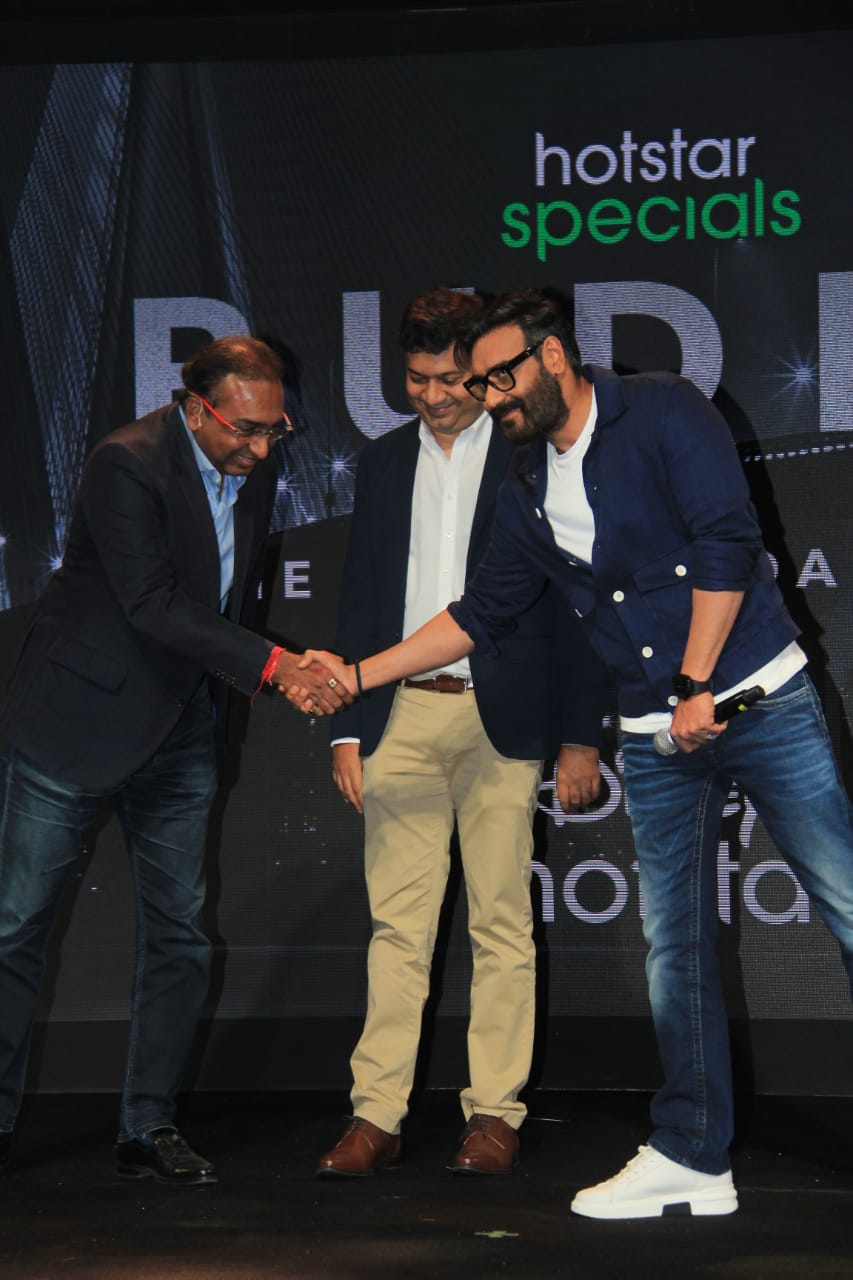 Bringing a unique storytelling format and powerful characters together at an ambitious scale, the show follows a troubled cop’s journey to seek the truth in a grim world of darkness. Applause has been venturing into different formats across versatile genres and with its next offering Rudra, is all set to take viewers on a journey into the dark oceanic depths of criminal minds. Helmed by ace director Rajesh Mapuskar, this riveting psychological crime spans across 6 episodes and boasts of a stellar ensemble cast including Raashi Khanna, Esha Deol, Atul Kulkarni, Ashwini Kalsekar, Tarun Gahlot, Ashish Vidyarthi, and Satyadeep Misra in pivotal roles.

Mega superstar, Ajay Devgn looked forward to foraying into long-format content in the world of digital streaming and is now all set to make his OTT debut with a show from the house of Applause. And well,  it took a riveting, multi-faceted character like Rudra and a scale never witnessed before in Indian entertainment to seal the deal.

All set to leave you at the edge of your seat and top your binge watching list, Applause Entertainment in association with BBC Studio India’s Rudra-The Edge of Darkness will be available exclusively on Disney+ Hotstar from 4th March 2022 in Hindi, Marathi, Tamil, Telugu, Kannada, Malayalam, and Bengali.