'Anupamaa': Vanraj is shocked to see Anupamaa still being determined and strong

The Monday episode of Rajan and Deepa Shahi's "Anupamaa" began with Baa telling Anupamaa that if she wants to be Anuj she should get married to him otherwise the society will question her and taunt her. Anupamaa tells her that she got married to someone once for the society but when she was in trouble, the society did not come to help her. Vanraj then taunts her that she won't obviously get married to Anuj now, because earlier he was a millionaire and now he has nothing but an empty pocket. Anupamaa tells him that Anuj still has a lot to give her like love, respect, equality and she asks Kavya if she has ever got them from Vanraj. She then apologises to Baa and Bapuji and tells them she doesn't want to talk about all these things in front of them but she had no choice. 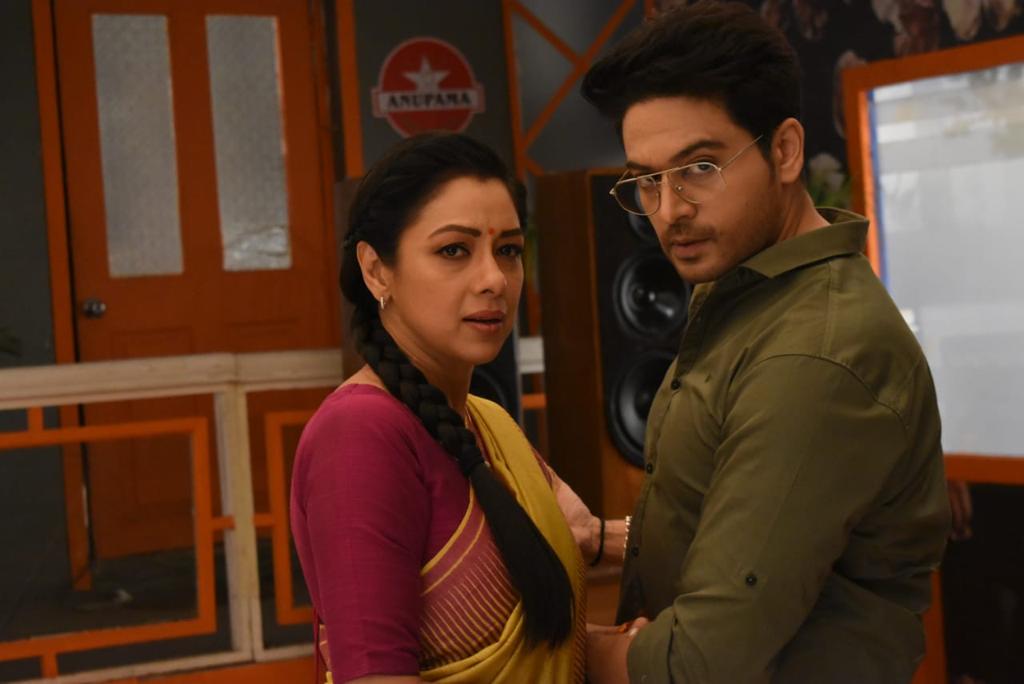 Anupamaa then asks them what had happened when she first walked in, Samar tells her that he will tell her everything and takes her to the dance academy. Samar then tells her that Nandini left and he let her go because you can't make someone love you. Anupamaa tells him that he did the right thing. Later, Samar sees Anuj coming towards the academy and changes the topic.

Samar tells Anuj that he has arranged for everything for the promotional video, they just need to fix a date. Anuj tells Anupamaa that he will think about what he wants to do later, but his focus right now is helping Anupamaa grow her academy. Anuj later asks Anupamaa if something happened at the Shah abode. She tells him that something did happen but as usual instead of the real topic the focus was once again on her and Anuj. Anupamaa did not tell Anuj about the conversation that happened there and leaves making an excuse that she wants to make a phone call.

A little later, Anuj shoots a video of Anupamaa dancing to "Teri bindiya" and Anupamaa imagines dancing with Anuj on the song.

At the Shah abode, Pakhi is talking to someone over the phone and Baa is spying on her trying to listen to her conversation. She keeps getting closer to her and they both fall. Pakhi asks her if she was trying to listen to her conversation to which Baa tells her it was of no use as she couldn't hear anything. Pakhi asks Baa if she has ever heard of the word privacy and she should give her that. Baa tells her that she has heard of Leela ka sitaar and can surely give that to her. Pakhi starts arguing with Baa and Vanraj hears it. He shouts at Pakhi.

In the upcoming episodes, we will see that Vanraj taunts Anupamaa that if kids will see their mother romancing her boyfriend they will obviously not get a good upbringing. Anupamaa asks him if seeing their father cheat on their mother is part of a good upbringing. Vanraj then questions her when she will be visiting them next to which she says she will come soon with big news. To know what happens next, keep watching "Anupamaa".