'Anupamaa': Between Vanraj and Anupamaa's clash, Anuj has lost everything

The Wednesday episode of Rajan and Deepa Shahi's "Anupamaa" started with Anuj telling Vanraj that he might think he has become rich but he hasn't because he has left all his relationships to be where he is, and especially Anupamaa. Vanraj mocks him by saying that these things sound good when coming from a poor man's mouth. Later, Anuj goes inside the room and Vanraj too follows him. Vanraj goes ahead to talk to Malvika but Anupamaa stops him and tells him that he is no one to interfere between a brother and his sister. 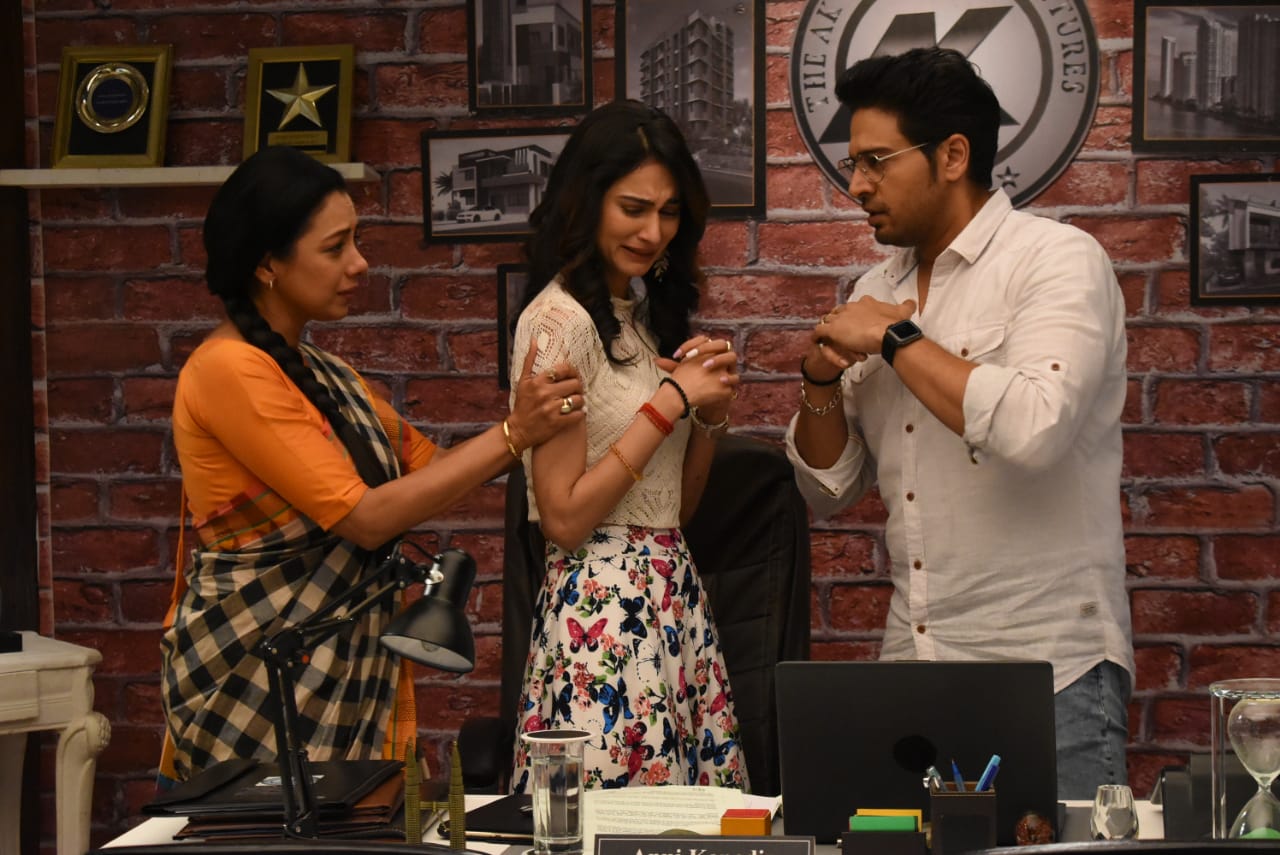 Anuj then takes Malvika to his cabin and makes her sit on his chair. He asks her to sign the ownership transfer papers. Vanraj then taunts Anupamaa that she and Anuj have become beggars now and should he get a bowl with their initials on it. Anupamaa tells him that beggars are those who go after people asking for things, and Anuj has given everything that was his with his head held high.

Later, Anuj tells Malvika that he was just taking care of things that were actually hers and he has now given it back to the rightful owner. He tells her that he might have resigned from the business but he will always be her elder brother and will always take care of her. Malvika then asks him that he left her but couldn't leave Anupamaa. Anuj tells her that one day she will realise everything on her own.

Anupamaa hugs Malvika and asks her to take care of herself. Anuj then tells her to do what she feels is right and not get influenced by others. Anuj and Anupamaa leave from the cabin, but Malvika stops them. But then she remembers Vanraj telling her that Anuj left her for Anupamaa.

Once Anuj and Anupamaa come out of the office, Anuj tells her that he doesn't know what do now. Anupamaa tells him that she will support him in whatever he decides to do.

In the upcoming episode we will see that GK tells Anupamaa that Anuj came to their house because of family and has left everything for the family. He asks Anupamaa to never leave his side to which she tells him that she will always be there with him. To know what happens next, keep watching "Anupamaa".