The Thursday episode of Rajan and Deepa Shahi's "Anupamaa" began with Anuj and Anupamaa watching TV while shelling peas. Just then the light goes off and Anuj makes a ring out of spring onion leaves and proposes to Anupamaa for marriage. He tells her that it's not because of what Baa said or that he fears the society but he wants to take his relationship to the next step and wants to spend his life with her. He also tells her that she doesn't have any compulsion to say yes and she can take her time. Anupamaa is happy as well as surprised to hear this and has tears in her eyes. Anuj tells Anupamaa that he has waited 26 years for her and he has not proposed her for family, for kids or for Malvika but for himself. 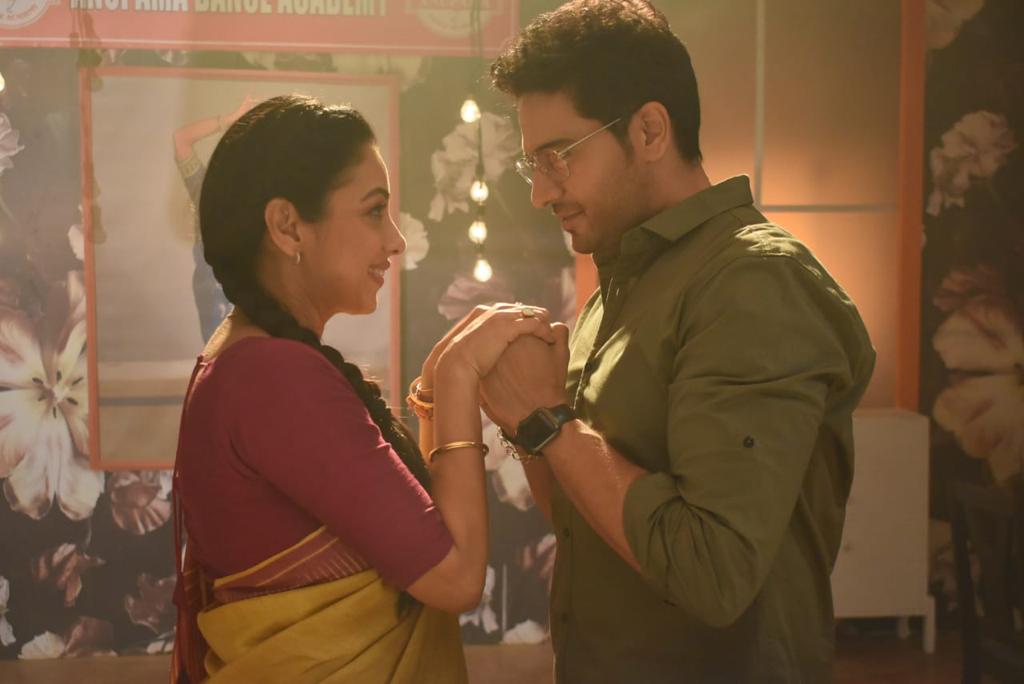 Anuj then tells her that his idea of romance is not throwing rose petals from a helicopter or going to Switzerland but for him it's about spending some quality time at home, watching TV or cutting vegetables. Both Anuj and Anupamaa are emotional. A little later, he gets a message from Samar and he tells Anupamaa that they need to leave.

Meanwhile, at the Shah abode Bapuji is checking his account statement and asks Baa about a policy worth Rs. 35,000. She asks him why he needs so much money and that he can take it from Vanraj. But Bapuji leaves from there to go to the bank. Baa then tells Kavya that Bapuji was asking about Rs.35,000 and she is wondering if he is going to give it to Anuj and Anupamaa. Kavya tells her that they will be in trouble if Vanraj gets to know about it.

At the same time, Anuj and Anupamaa are going towards the academy when they see a baarat going. Some sindoor accidentally falls on Anupamaa's forehead and Anuj cleans it. Anuj then tells her that he doesn't want her to become Mrs. Anuj Kapadia. Anupamaa is shocked to hear this. He then tells her that she has an identity of her own and he doesn't want her to lose it just because of him. Infact, he would prefer becoming Mr. Anuj Anupamaa Joshi. Anupamaa is left in tears hearing this.

In the upcoming episodes, we will see that Babuji brings a lot of stuff from the market. Vanraj asks him what is it for, to which Samar tells him that Bapuji wants to throw a party from his side the 18th. Later, Anupamaa tells Bapuji that Anuj has proposed her for marriage. To know what happens next, keep watching "Anupamaa".