With Badhaai Do, Rajkummar Rao has kickstarted a healthy discussion in society around the concept of lavender marriage. From beautifully touching every note of his rather complicated character to never losing a beat of entertainment - the brilliant actor has left everyone in awe of his craft. 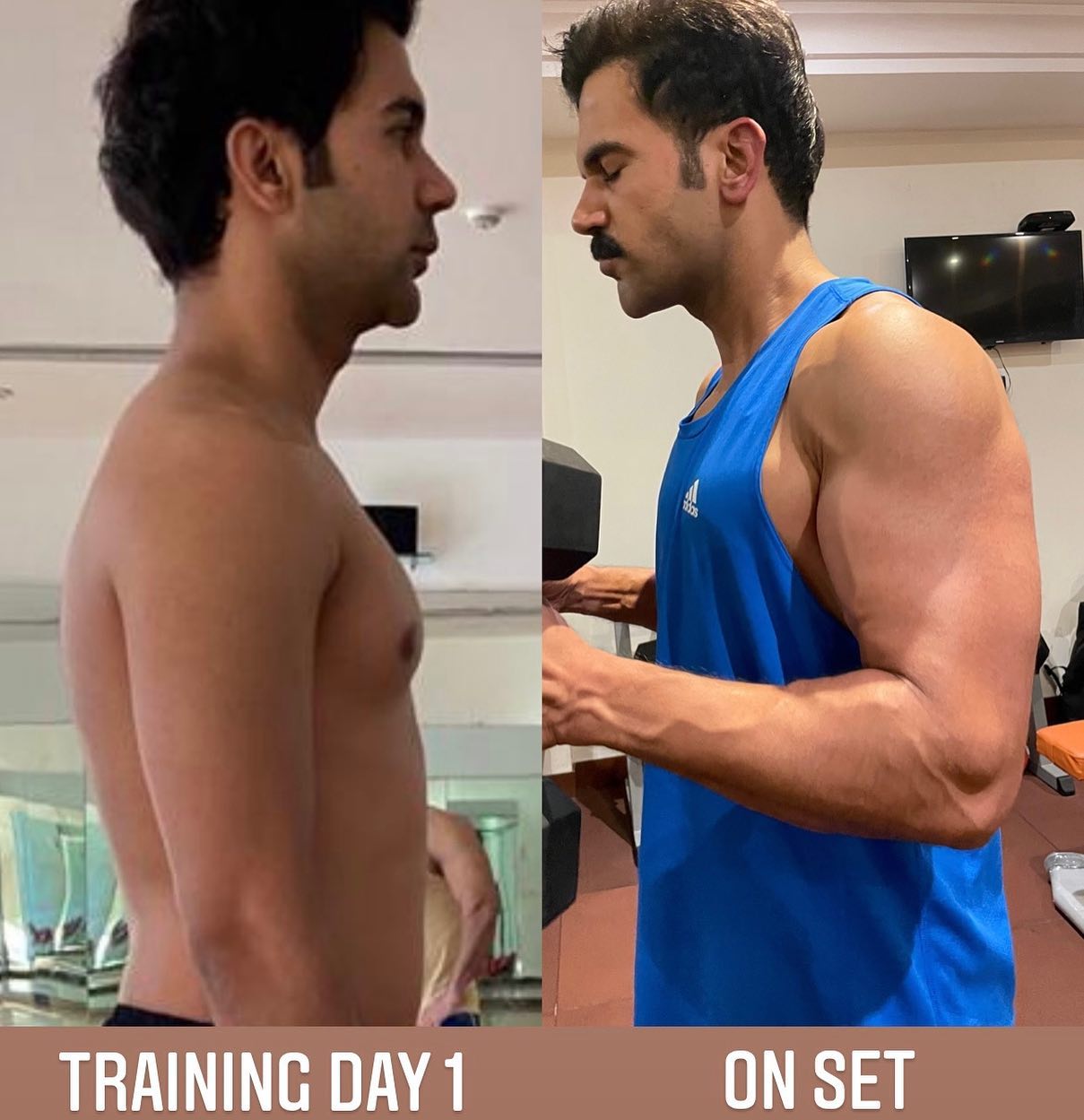 While the buzz around Rajkummar Rao's performance is high among critics and audiences, the latest transformation picture of the star has started a new wave of appreciation on social media. The powerhouse performer shared a comparison post between his first training and shooting day.

From a boy-next-door to a muscular & chiselled police officer, Rajkummar Rao's massive body transformation for Shardul Thakur in Badhaai Do is hard to miss! Flooding the comment section with love and appreciation, users are hailing the actor as the "definition of true acting." Many are also comparing him with Christian Bale and Aamir Khan, owing to his impeccable performance and impressive physical transformation.

Well, this isn't the first time that Rajkummar Rao has left the audience shocked with his body transformation. Earlier, the terrific star shed an enormous amount of weight for his character in Trapped. Immediately after the film, he gained more than 11 KGs to slip into the role of Subhas Chandra Bose.

Meanwhile, Rajkummar Rao is on his way to mark another year to his name with back-to-back releases. The busy actor has HIT remake, Monica, Oh My Darling, Guns and Gulaabs, and Bheed on the horizon.