Global phenomenon Priyanka Chopra Jonas has always empowered women not only in her real life but also through characters in her reel life too. Today, as Priyanka Chopra’s action drama, Gunday, completes eight solid years, we can’t help but revisit how her character brought about a phenomenal change in Indian cinema’s landscape. 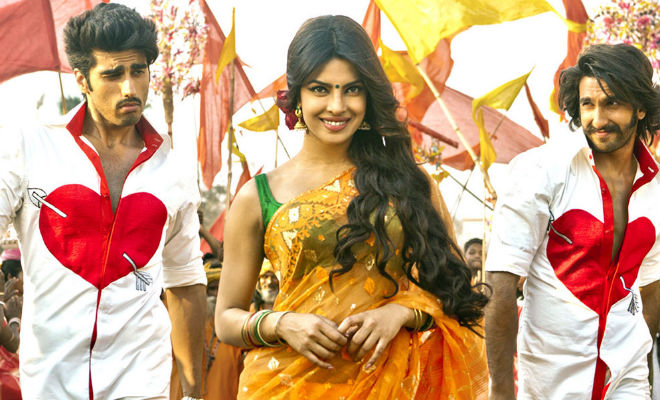 Her Gunday character, Inspector Nandita Sengupta, not only brought leading ladies back in the Indian cinema business but also showed us all who’s boss! By pulling a fast one not only on Bala Bhattacharya (Arjun Kapoor) and Bikram Bose (Ranveer Singh), but also on the audience, Priyanka Chopra played an effortless undercover cop. And what a stunning woman in uniform she made!

Making every shade of her layered character look like a cakewalk, Gunday was yet another film in which Priyanka Chopra proved that she is an actor worth her salt. So evident was her acting prowess that in a film with two heroes, Priyanka Chopra Jonas stole the show and walked away with the film. And in this way, she redefined the meaning of what it means to be a ‘leading lady’ in 2014! PeeCee’s Nandita Sengupta was just the beginning of her championing the feminist movement across the globe, emboldening millions of women to be their own person!

While men in uniform have always been a topic of interest for fan girls across the world, Priyanka Chopra has time and again redefined pop-culture across the globe by putting the woman in uniform at the forefront of global cinema. Not only in Gunday, but also in her movies like Gunday, Don, Jai Gangajal and her show Quantico, PeeCee has played a lady boss cop in style. The international trailblazer will once again be seen in an action avatar in her film Ending Things… and needless to say, we can’t wait!