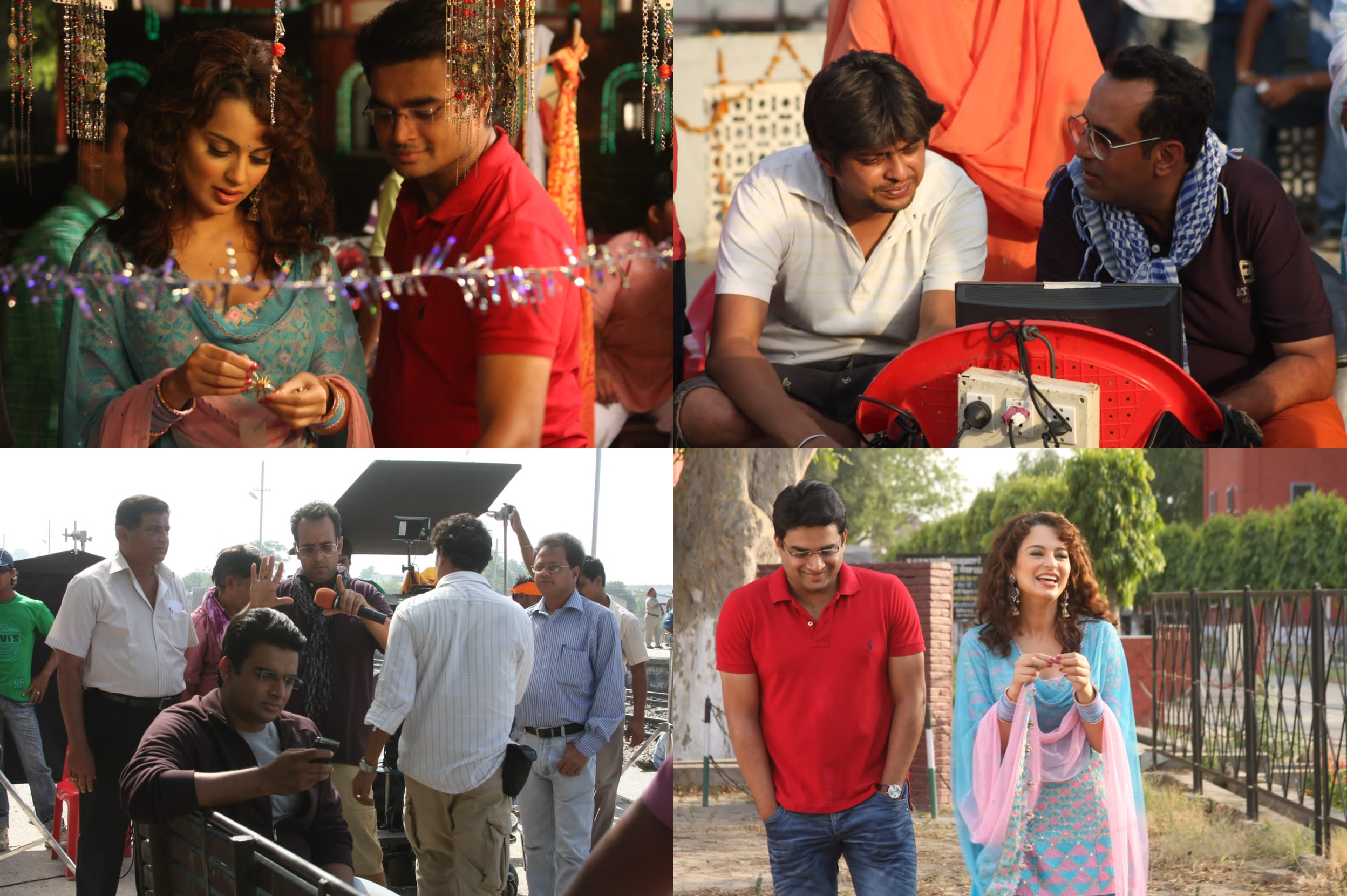 In the pictures, you can see Aanand L Rai setting his frame and in conversation with Maddy aka Manu. In some more BTS pictures, Kangana Ranaut and Madhavan are also seen in full Tanu and Manu glory in the middle of a shot!

Tanu Weds Manu was destined to be a winner at the box office from the word ‘go’! With its incredible plots and mixed bag of emotions, the film had all the makings of a spectacular family entertainer. Juxtaposing a shy, geeky boy with a rowdy, talkative girl, Tanu Weds Manu was 120 minutes of pure, unadulterated entertainment that kept you hooked! Tanu Weds Manu has elements of comedy, romance and tension with a tight and fast-paced storyline with interesting twists and turns!

What a journey it has been since his first money-spinning commercial hit for the filmmaker! A series of consecutive hits later, the filmmaker has films like Raksha Bandhan, An Action Hero, Gorkha and Good Luck Jerry to look forward to!