Urvashi Rautela, Bollywood's youngest superstar who has acclaimed a huge fan base because of her hard work and dedication has built a successful reputation both in India and Internationally by performing diligently and dedicating herself to excellence every day. She has received numerous accolades during her lifetime and is certainly making the country pleased with her accomplishments. 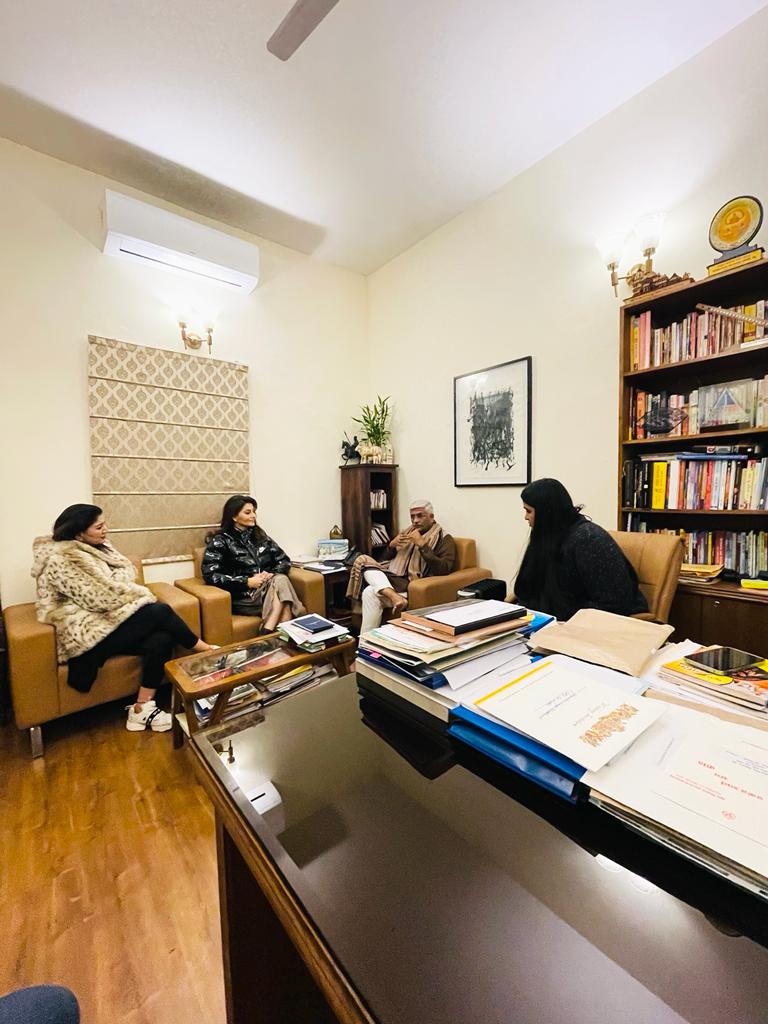 As we know, the day when the taps run empty is one of mankind's greatest difficulties. While many people struggle to meet their basic needs for cooking, cleaning, bathing, and even agriculture, many more are dealing with the effects of climate change, as flooding and blizzards wreak havoc on their homes and landscapes. Managing the current water issue is a global concern that is frighteningly high.

Amitabh Bachchan was named as the ambassador for the 'Jal Andolan', which was inspired by Prime Minister Narendra Modi's appeal during his Independence Day address to unite for the crucial cause of water conservation. Now, Urvashi Rautela has overtaken this enormous achievement and has been named as the Nationwide Ambassador for Prime Minister Narendra Modi's Mission Paani Jal Shakti water conservation campaign, succeeding Amitabh Bachchan and Aamir Khan. As she is honored with this prestigious distinction, the actress is adding more feathers to her hat. If there is a leader in the fight for access to drinking water and sanitation as a human right, that would be Urvashi Rautela , who fights the water crisis through her Urvashi Rautela Foundation the organization she co-founded with her parents and which has helped hundreds of communities in Uttarakhand , Pauri Garhwal and Haridwar (her birthplace) to gain access to clean and safe water and sanitation. Expanding and exploring new markets and solutions to help end the world water crisis.

Definitely this international diva has no way to look back as she is adding feather in her cap every day and making India and everyone proud of herself, She is truly Bahrat Ki Beti and Bharat ka Garv

On the work front, Urvashi Rautela was last seen judging the Miss Universe Pageant 2021, actress also bagged appreciation for her international song Versace Baby alongside Arab superstar Mohamed Ramadan. Urvashi Rautela will be soon seen in the Jio studios web series 'Inspector Avinash' opposite Randeep Hooda in a lead role. The actress is going to play the lead role in a bilingual thriller “Black Rose” along with the Hindi remake of “Thiruttu Payale 2”. Urvashi Rautela will be making a Tamil debut with the 200 crores big-budget film "The Legend" opposite Saravana. The actress has also signed a three-film contract with Jio Studios and T-Series.