Urvashi Rautela who is a Bollywood youngest superstar has paved her way in the industry because of her hard work and dedication. Urvashi is one of those personalities that has made India proud of her achievements and great deeds. With her breathtaking look and extraordinary appeal, this international actress has always fascinated all of her lovers. Some of the Bollywood divas have proved that they don't need any back support to carve out a niche for themselves. Their talents and personality are enough to show their worth in the industry. One such name of our industry is Urvashi Rautela. She is one of those Bollywood actresses who have achieved a name for herself not only nationally but internationally making India proud. 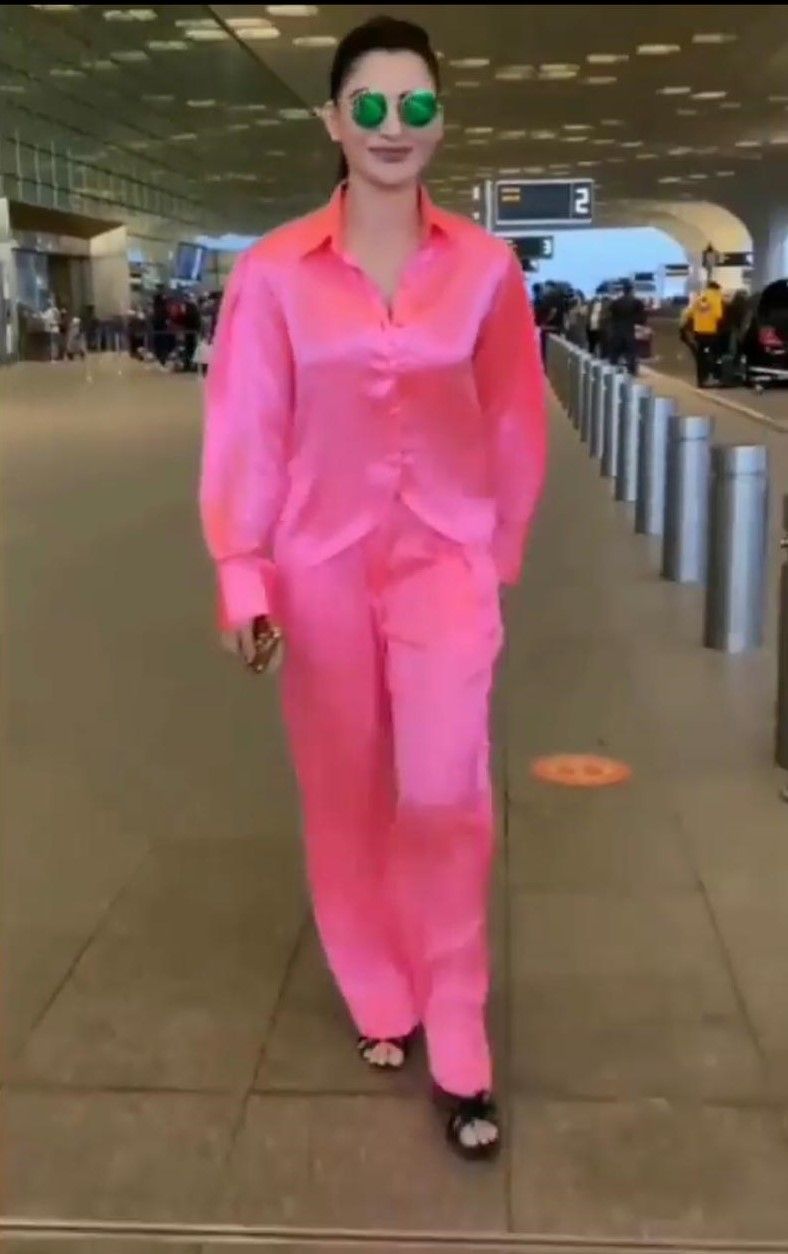 Urvashi is defiantly the trendsetter, and the actress has yet again established a new fashion trend by making a fashion sleepwear street style the actress recently brought this trend onto the limelight when she was spotted at the Mumbai airport the actress opted for a pink street style sleepwear where the actress opted for a pink Urvashi Rautela could be seen donning a pink satin attire. It was a simple yet stylish co-ord set. In addition to that, the actress tied her hair in a high pony and completed her look with sunglasses and black mules. The actress looked sassy and classy at the same time setting out fashion goals and setting a new trend which really became the talk of the town.

On the work front, Urvashi Rautela was one of the youngest judges in the history of Miss Universe as she was last seen judging the Miss Universe Pageant 2021, actress also bagged appreciation for her international song Versace Baby alongside Arab superstar Mohamed Ramadan. Urvashi Rautela will be soon seen in the Jio studios 'Inspector Avinash' opposite Randeep Hooda in a lead role. The actress is going to play the lead role in a bilingual thriller “Black Rose” along with the Hindi remake of “Thiruttu Payale 2”. Urvashi Rautela will be making a Tamil debut with the 200 crores big-budget film "The Legend" opposite Saravana. The actress has also signed a three-film contract with Jio Studios and T-Series.