Urvashi Rautela, Bollywood's youngest superstar with a massive following, has established her career both overseas and in Bollywood by working hard and dedicating herself to success every day. With her breathtaking look and extraordinary appeal, this international actress has always fascinated all of her lovers. The actress has made sure because of her hard work to embark a place in the hearts of the audience Urvashi is indeed a trendsetter and she is a complete fashionista. 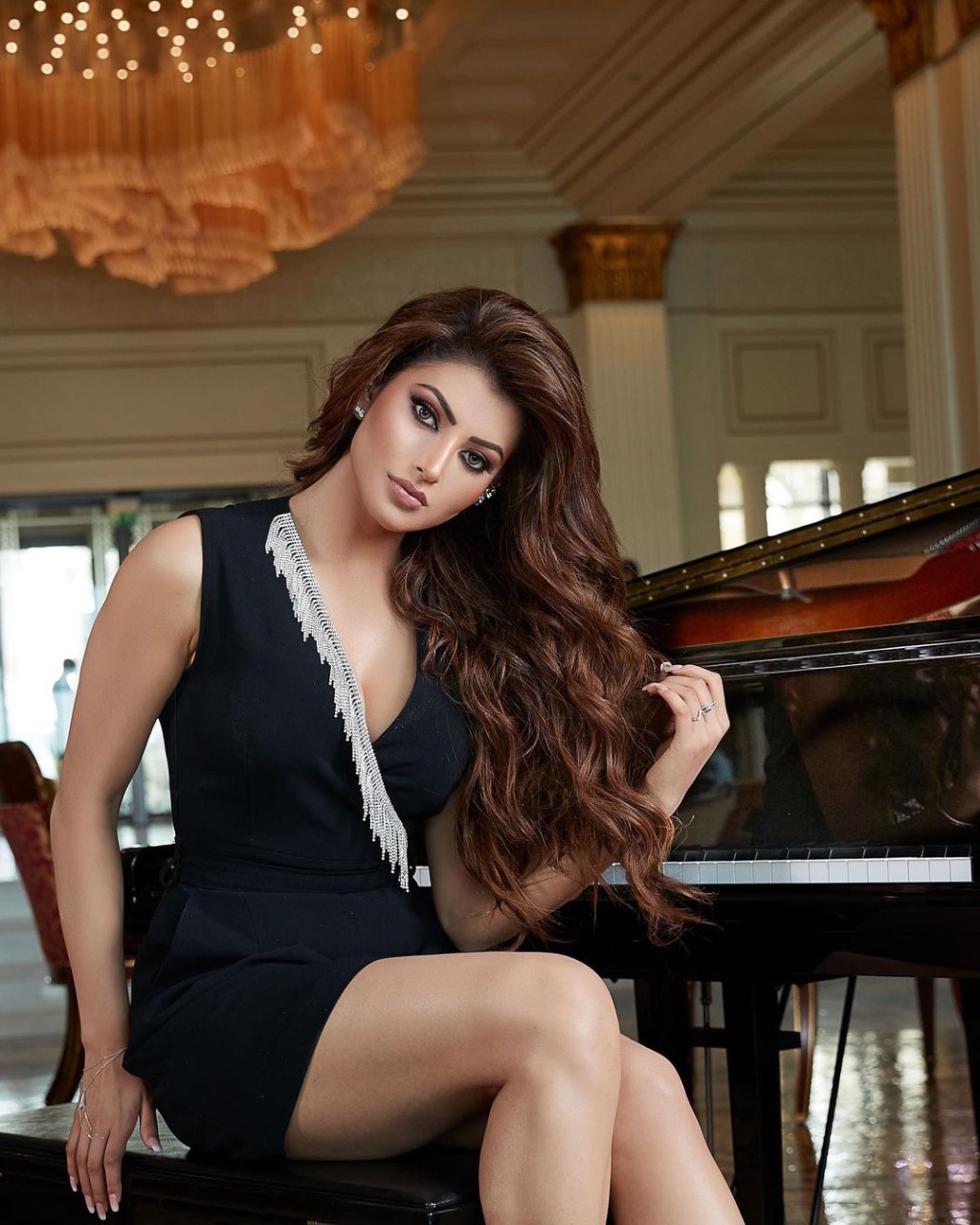 Urvashi is just climbing the ladder of success because of her handwork and dedication. The actress has yet again reached another milestone as she hits 45 million followers on her social media, the actress couldn't be more thankful to all her fans as she shared an astonishing video of herself where she is seen sliding down from the top of the world which makes you witness the 360' view. Urvashi celebrated this victory as she dropped a video of herself where she is seen sliding down with full confidence and happiness, Sharing the video the actress captioned it as, "OMGGGGG 45 MILLION LOVE on @instagram SLIDING DOWN FROM THE TOP OF THE WORLD 🌎🗺. I LOVE U ALL♥️ celebrating on a glass-bottom slide. A high rise ensconced within an all-glass capsule. Adrenaline and Adventure, here I come." Indeed, the ride seemed to be a bit dangerous for us to perform but our international diva did it with full confidence. Urvashi opted for a Red Cheetah print shirt and formal pants which had a golden patterned design on them and wore those Nike Jordans. with hair tied in a ponytail with minimal makeup and perfect lip shade, the actress completed her glam look.

Urvashi can be no less than a proud Bharat Ki Beti who is raising the name of India across the globe.The actress has indeed come a long way and a huge way to go ahead and make each and everyone proud of her.

On the work front, Urvashi Rautela was last seen judging the Miss Universe Pageant 2021, actress also bagged appreciation for her international song Versace Baby alongside Arab fame Mohamed Ramadan. Urvashi will also be seen in the Jio studios web series 'Inspector Avinash' opposite Randeep Hooda in a lead role. The actress is going to play the lead role in a bilingual thriller “Black Rose” along with the Hindi remake of “Thiruttu Payale 2”. Apart from that the actress will be making her Tamil debut with the 200 crores big-budget film "The Legend" opposite Saravana