Urvashi Rautela is the most beautiful and the youngest international diva we have in the Bollywood industry who has taken the lead in entertaining the audience. Not only this but the stunning diva is also making India proud at every stage of her life. Urvashi Rautela was one of the Miss Universe judges at the Universe Dome in Eilat, Israel. The actress has returned to Mumbai after winding up her work in Sri Lanka. We couldn't take our gaze away from this goddess beauty when she was spotted at Mumbai Airport. Her appearance was something we couldn't take our eyes away from. Urvashi Rautela always makes sure to be a great fashion influence for all the young generation out there, as the actress ditched her casual Mumbai Airport outfit last night and chose for a striking acid green instead. We can't take our gaze away from this splendor. 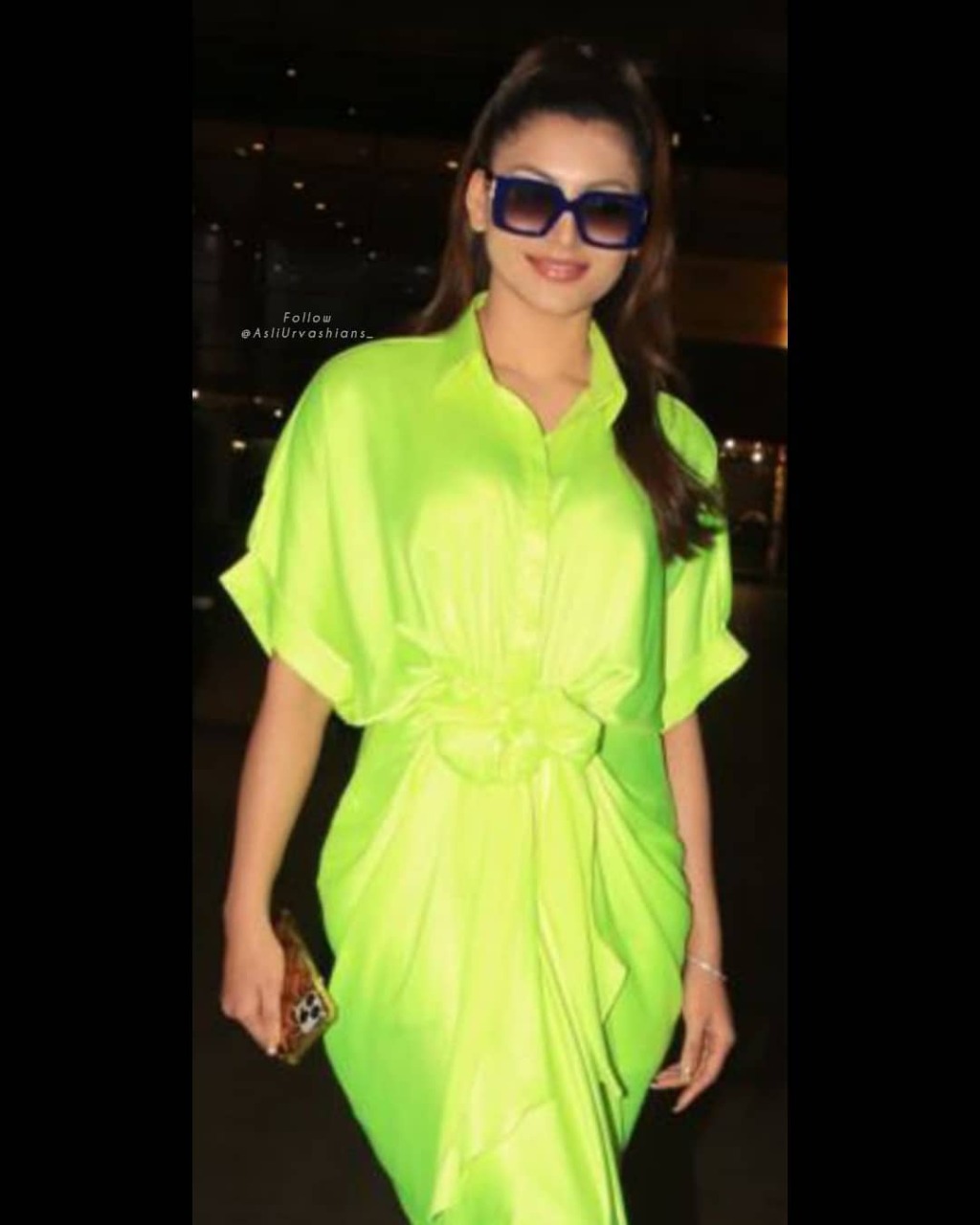 Urvashi was selected for an acid green knee-length Neon crush dhoti drape dress with a collar pattern by designer Deepa Verma, Dziine, which was not only intriguing to look at but also comfortable to wear. The whole appearance was quite impressive. Urvashi used Nike Jordans Shoes instead of heels since she handled the attire so smoothly. To shield herself from the flash and following the covid norms, the actress wore her hair in a half ponytail and wore royal blue antique spectacles and a mask. Adding a finishing touch to that electrifying appearance with light makeup and a great nude lip tint.

Urvashi enthusiastically posed for the cameras, greeting them with new year wishes, as well as posing with a couple of her followers. This subtle look is nothing short of a bombshell. If you enjoy Urvashi's style and want to try highlighted colors, watch the video below to get inspired by this creative diva.

Urvashi has surpassed Daddy Yankee, Karim Benzema, Karol G, and BlackPink Official as the most popular celebrity on the internet, with 44.7 million followers. On the work front, Urvashi Rautela was last seen judging the Miss Universe Pageant 2021, actress also bagged appreciation for her international song Versace Baby alongside Arab fame Mohamed Ramadan. Urvashi will also be seen in the Jio studios web series 'Inspector Avinash' opposite Randeep Hooda in a lead role. The actress is going to play the lead role in a bilingual thriller “Black Rose” along with the Hindi remake of “Thiruttu Payale 2”. Apart from that the actress will be making her Tamil debut with the 200 crores big-budget film "The Legend" opposite Saravana.