Urvashi Rautela adds another feather to her cap comes on board as Jury for Dadasaheb Phalke International Film Festival Awards 2022; Actress Says, "I’m truly honored & humbled to be the jury"

Urvashi Rautela who is Bollywood's youngest superstar has paved her way nationally by making each one of us proud because of her hard work and dedication. The actress has left no stones unturned in making all her admirers wonder as she is climbing the ladder of success every day. She is one of those Bollywood actresses who have achieved a name for herself not only nationally but internationally making India proud. Urvashi recently graced her presence as the panelist at the Dada Saheb International wards 2022 where the actress is being elected as the only Bollywood female celebrity as a jury member of the ceremony. 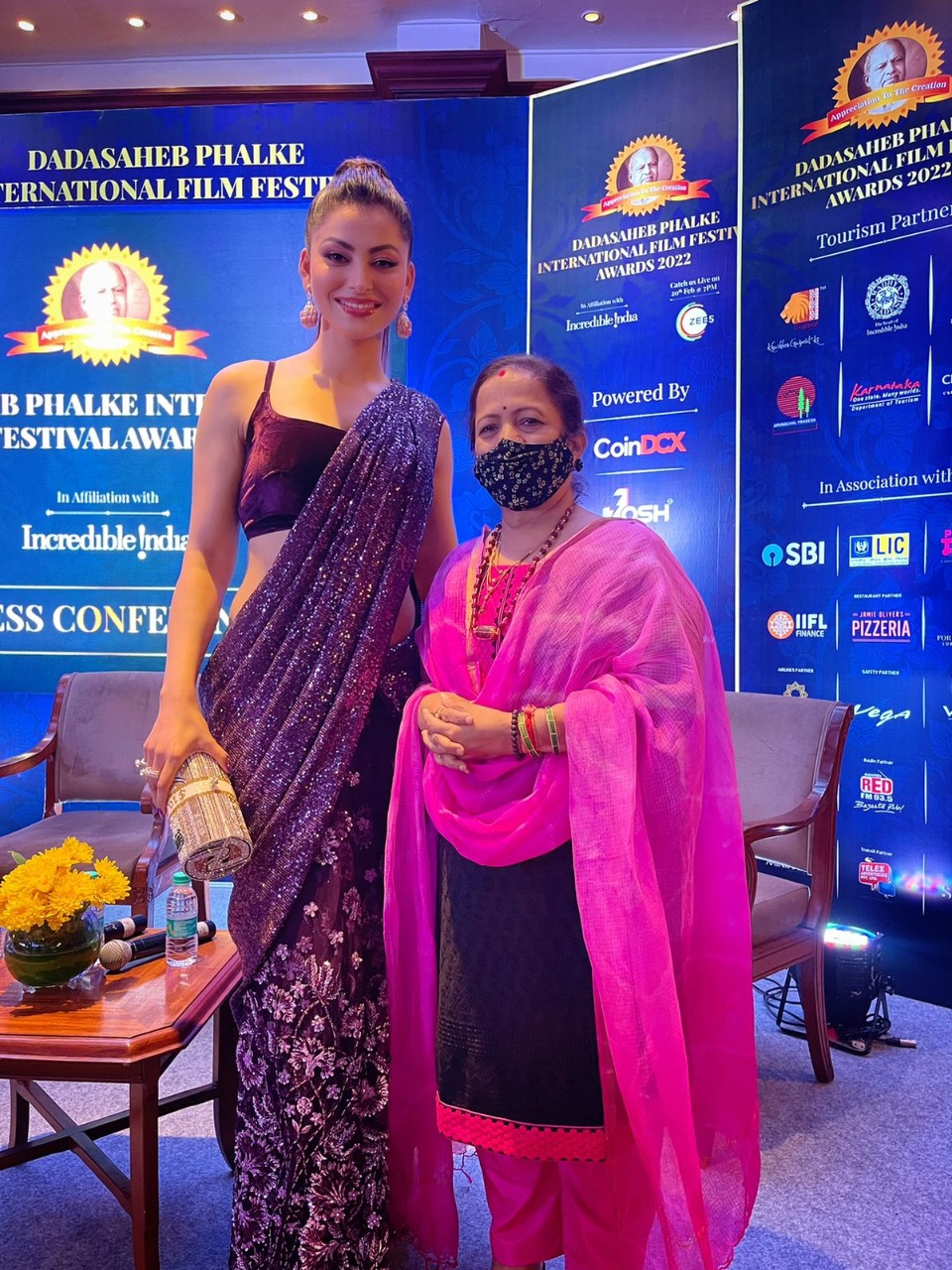 Dadasaheb Phalke International Film Festival is India's most prestigious award ceremony which is nearing which would be a great event full of wins, and memorable moments to which the responsibility is being given to the actress Urvashi Rautela to choose the awardees. Recently at the grand press conference which was attended by Urvashi along with other personalities like Subhash Ghai, Annu Kapoor, Pragya Kapoor, Anil Mishra from the Ministry of I&B, Col. Tushar Joshi, and Mayor of BMC- Smt. Kishori Pednekar was the guest of honor at the press conference.

Talking about her excitement and over such a huge responsibility Urvashi said, "Post being Miss Universe Judge & the jury I’m truly honored & humbled to be the jury at the Dadasaheb Phalke international film festival awards 2022. I’m glad they welcomed me as someone who's an influential, rare & unique artist with talent & conviction to lead the prestigious panel . As someone who’s committed, passionate & generous as a panelist. Many film festivals are reaching out to mainstream and parallel cinema actors from the Indian film industry to head panels, become part of juries and even lead some masterclasses.

On the work front, Urvashi Rautela was last seen judging the Miss Universe Pageant 2021, actress also bagged appreciation for her international song Versace Baby alongside Arab superstar Mohamed Ramadan. Urvashi Rautela will be soon seen in the Jio studios web series 'Inspector Avinash' opposite Randeep Hooda in a lead role. The actress is going to play the lead role in a bilingual thriller “Black Rose” along with the Hindi remake of “Thiruttu Payale 2”. Urvashi Rautela will be making a Tamil debut with the 200 crores big-budget film "The Legend" opposite Saravana. The actress has also signed a three-film contract with Jio Studios and T-Series.