2021 was a treat for all the fashion enthusiasts, with designers playing with various colours, themes, and art. From giving a modern twist to a traditional Avatar to creating a stir with gender-fluid designs - our Indian designers took the game a notch higher last year! 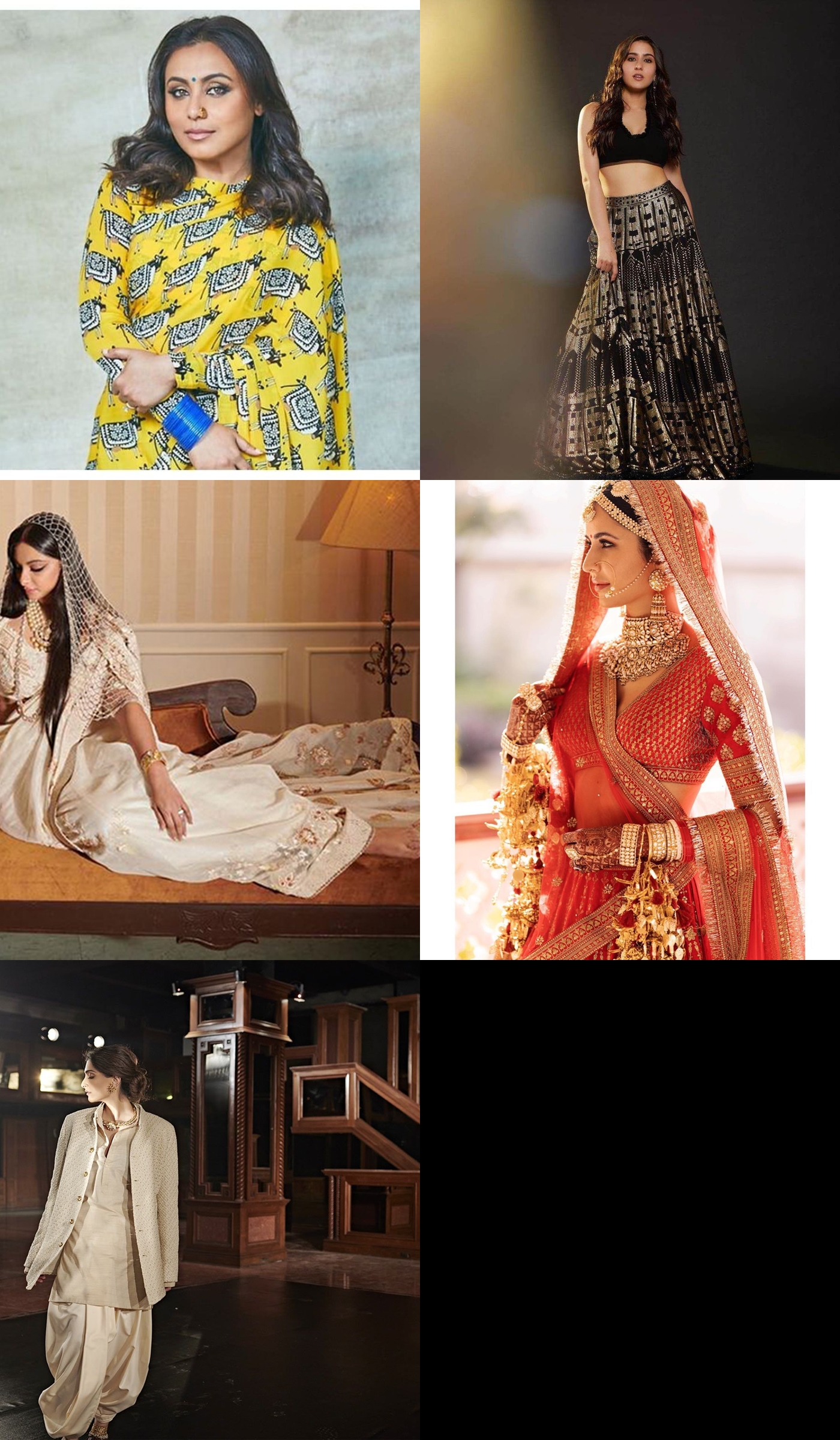 As we wait to watch their new, impressive showdown, here's listing our top five designers of 2021 who became the first choice of many celebrities.

Going unconventional and making a statement is the forte of Masaba Gupta. Last year, the designer worked with various motifs like Nandi, Hatheli, and Mithai in her collection and ruled the celebrities' wardrobe. Rani Mukherjee was a vision to behold in House Of Masaba during Bunty Aur Babli 2 promotions.

You cannot have a list of dominating designers of the year without Sabyasachi Mukherjee. The go-to shop for any celebrity wedding, he won the space with his work for Patralekhaa & Rajkummar Rao and Katrina Kaif & Vicky Kaushal's exquisite wedding outfits.

Manish Malhotra has always been one of the most favourite designers in the industry. 2021 saw him play with sequin couturier and pastel colours. From Sara Ali Khan's Atrangi Re promotions to Anushka Ranjan's lavender wedding lehenga to Diwali parties, we saw Manish Malhotra everywhere!

When it comes to fusing art and fashion, we have with us, Anamika Khanna. The designer became a force behind many inspirational looks, but her unconventional beaded veil for bride Rhea Kapoor broke the internet.

Known for in muted tones and intricate embroidery work, Kunal Rawal is a one-stop-shop for all the actors. Last year, the designer created a stir with his take on gender-fluid couturier by crafting a unisex Dhoti, donned by Sonam Kapoor, Vijay Deverakonda, and Varun Dhawan.