TOMORROW X TOGETHER (SOOBIN, YEONJUN, BEOMGYU, TAEHYUN, and HUENINGKAI) will host their third fan live event on March 5 and 6. 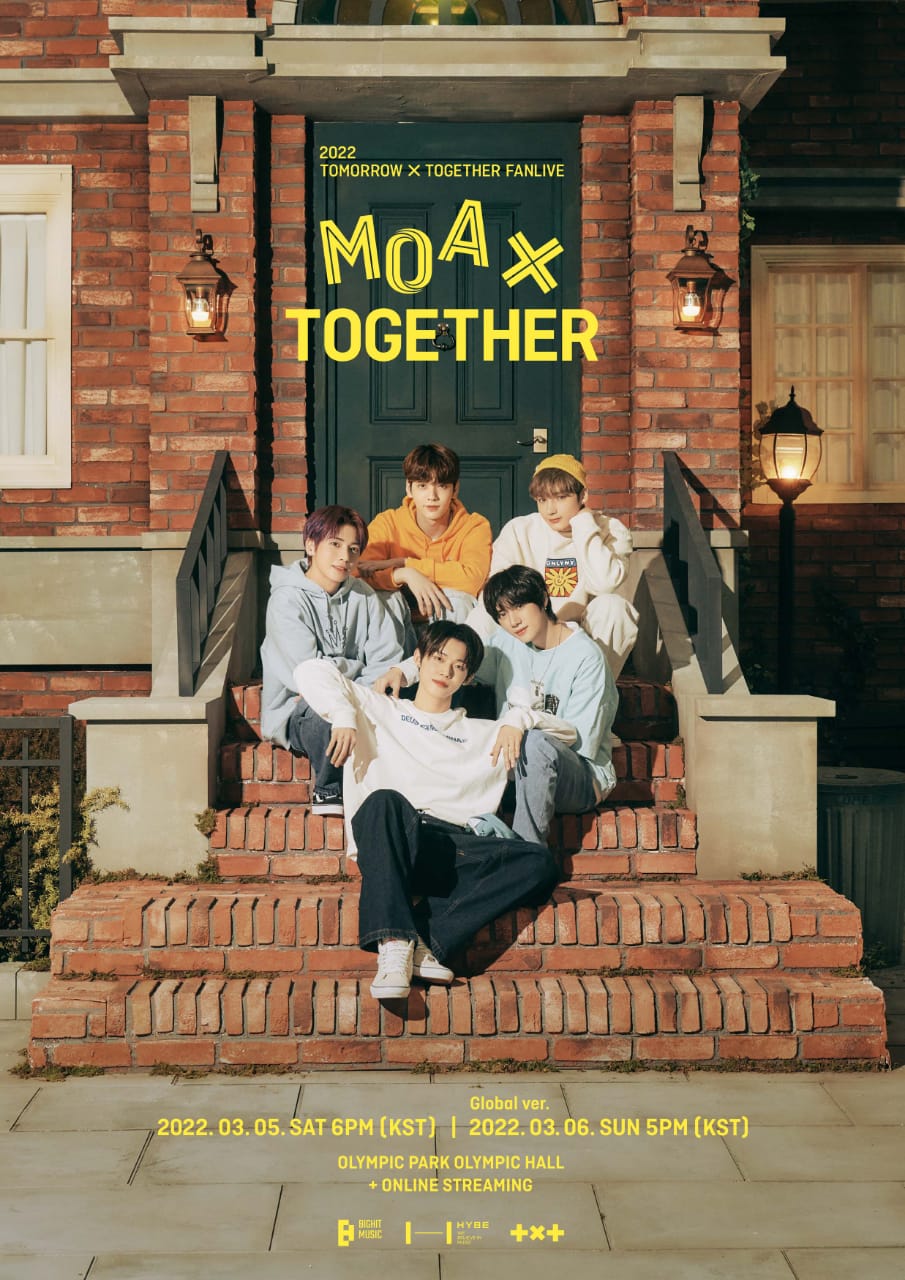 The fan live will take place over two days on March 5 and 6, following TOMORROW X TOGETHER’s debut anniversary on March 4. Both shows will take place both offline and online through real-time live streaming. The live stage on March 6 will incorporate a ‘global version’ with performances of the band’s foreign-language tracks. Offline events will comply with government quarantine guidelines and are therefore subject to change. In the case offline performances can no longer be available, ‘MOA X TOGETHER’ will take place via online streaming only.

More information on ‘MOA X TOGETHER’ will be shared through Weverse and official social media channels.

About TOMORROW X TOGETHER:

About TOMORROW X TOGETHER TOMORROW X TOGETHER, read as “Tomorrow by Together,” has come together under one dream in hopes of building a new tomorrow. The act consists of SOOBIN, YEONJUN, BEOMGYU, TAEHYUN, and HUENINGKAI. In just two months after its debut in March 2019, TOMORROW X TOGETHER successfully sold out their first U.S. showcase in 6 cities. Emerging as super rookies within the global K-pop scene, the band has been globally recognized by names such as Radio Disney and the MTV Video Music Awards. Through music, TOMORROW X TOGETHER continues to tell personal stories that draw empathy from youth all over the world. Their relatable and universal narrative has enabled their second studio album, The Chaos Chapter: FREEZE, to rank No.5 on the Billboard 200, establishing the boyband as a chart-topper and K-pop’s ‘It’ Band of 2021.