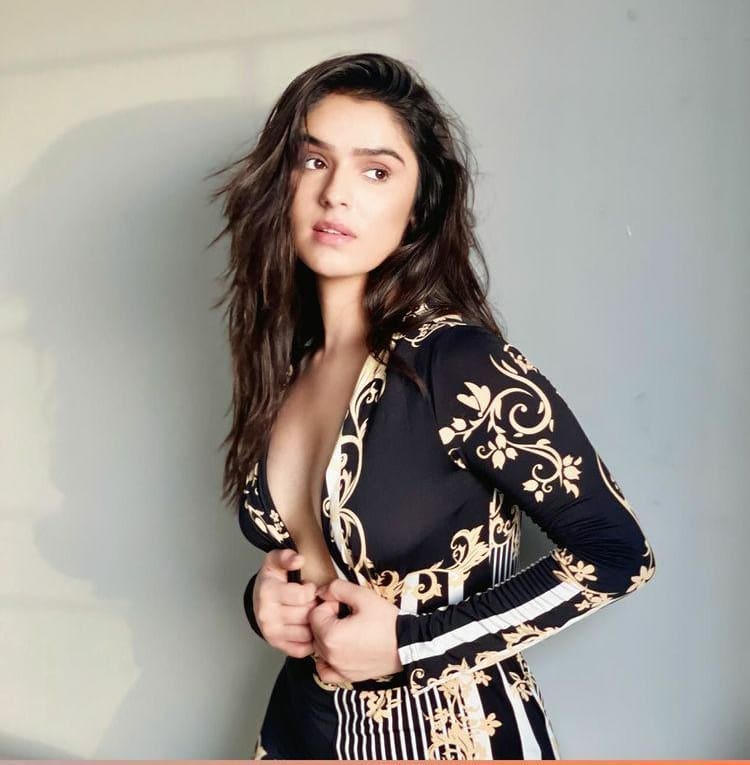 Sidhika looked completely bombshell in this ensemble the actress opted for a black shimmery transparent net dress beneath it with a black lace bralette with subtle makeup and nude lip shade along with the pastel's nail adding the glam to the look along with Snakeskin cut out heels ankle-length shoes. Dropping this hot picture the actress captioned the look as, "Was probably thinking of nachos "

Sidhika looked drop-dead gorgeous as she opted for a leather hot short dress which had a black belt attached to it, pairing the ensemble with high heel stilletoes and white nails along with nude lip shade and tresses left up in straight open. The actress completed her look, which was very enchanting to our eyes. Sharing the picture the actress captioned it as, "Leather weather " 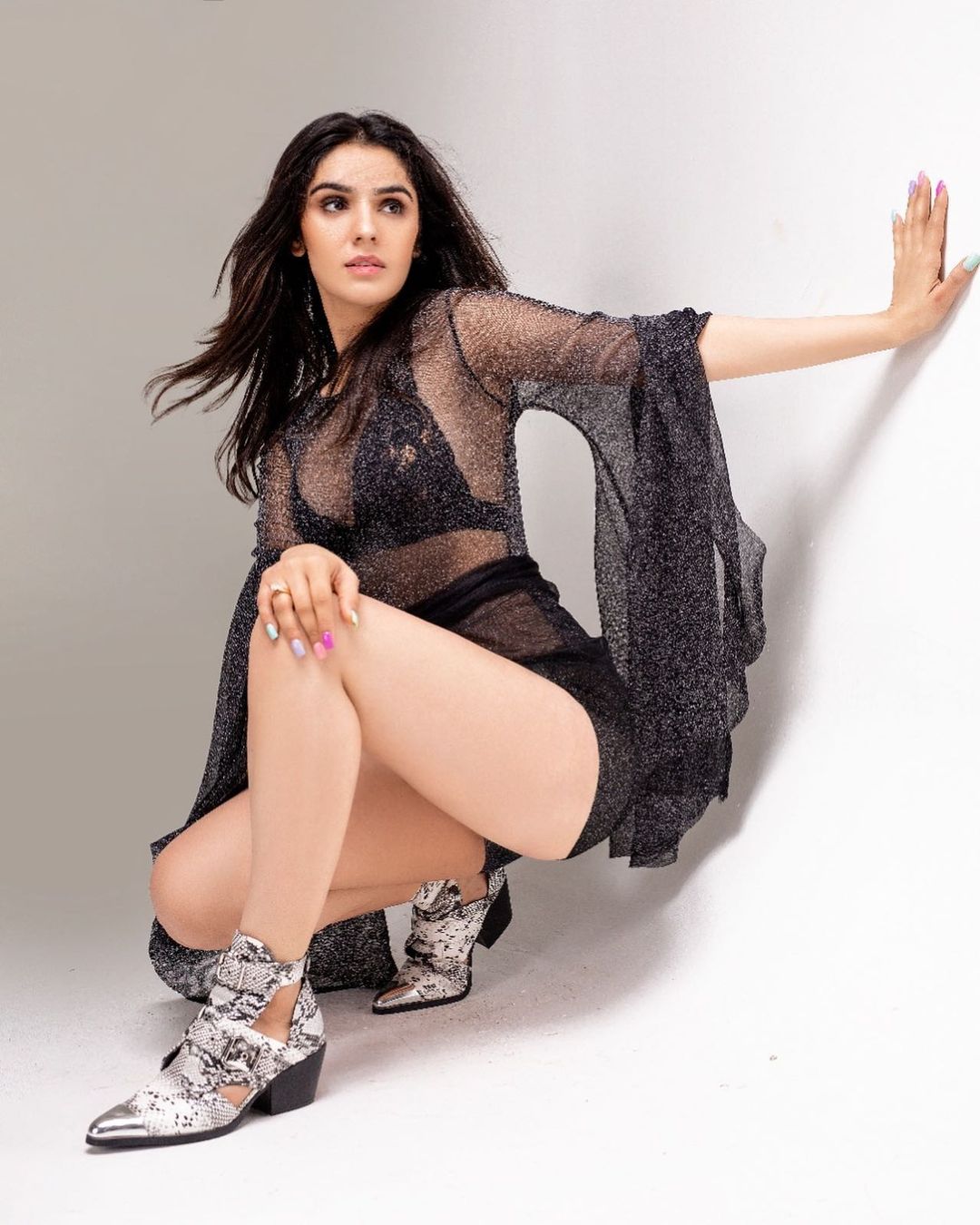 The last ensemble that the actress chose which really made our jaw drops was where the actress opted for a formal body-fitting jumpsuit quotient which had a very deep v neckline to it. The jumpsuit and a printed flower embroidery pattern to it, Leaving her hair inside parting with lip gloss and subtle makeup adding a perfect glam to her look. 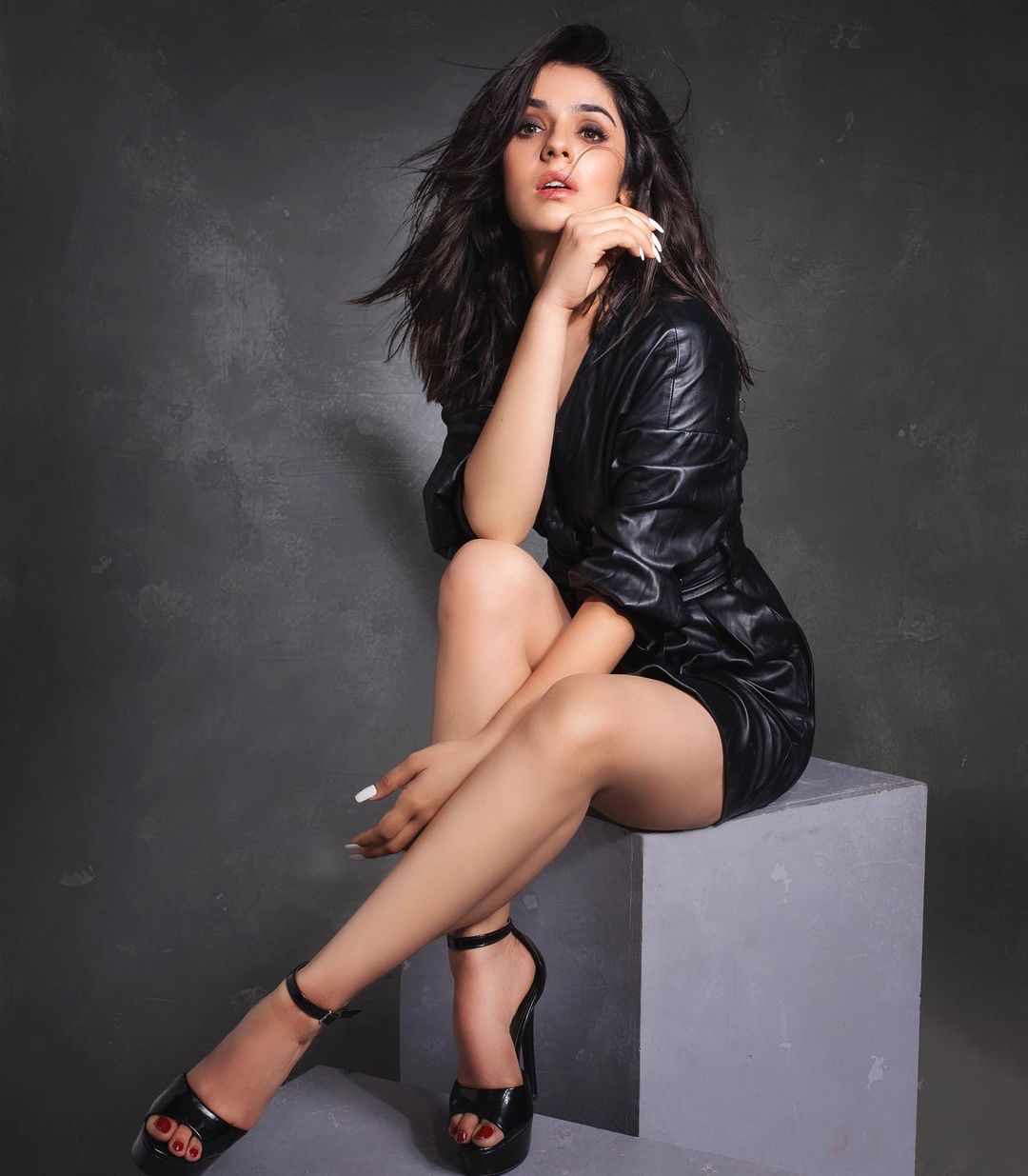 Definitely, we can say that Sidhika is one of those actresses who can carry each and every ensemble very gracefully and with style. From all the three looks, do let us know which was your favorite look.

Bollywood's actress Sidhika Sharma has captured one and all since she began her acting debut. The actress has made sure to grab the limelight with her alluring personality. Hailing from Punjab, Sidhika Sharma has grabbed some amazing music videos and also worked with many well-known personalities Apart from that the actress also made her debut with Fufadji alongside Jassi Gill. On the work front, Sidhika Sharma was seen in ‘Sau Sau Wari Khat Likhe’ alongside Omkar Kapoor and her previous singles have been outstanding ‘Phulkari’, ‘Love Conquers’, and ‘Tauba Tauba’. Sidhika Sharma will be soon seen on screen in Bollywood which she will disclose soon. There are many more projects under the pipeline for this actor which will be announced soon.