Music on Cards for Photofit, this 2022, The run begins with the Punjabi Rap single “Udd Di Udd Di”

2021 was the extended year of surprises considering the music business. The new year has just begun and Photofit Music is all set to crush the charts, rehashing history over again. Analyses uncovered that genre, explicitly gangster rap is the most powerful predictor. Suresh Bhanushali and Photofit Music are always up with the trend. Keeping the trend going, Photofit Music has presented a new Powerful Punjabi Rap single “Udd Di Udd Di” sung by Hash Singg. It is the abstract sensation that makes his voice so rap exceptional.

His intangible charm and metaphysical X-factor separate Hash from the rest. Meanwhile, the lyrics by Hash himself take on an increasingly messianic tone. “Udd Di Udd Di” is a Punjabi hip hop and is headed by Mr. Rajiv John Sauson, Director, Photofit Music. 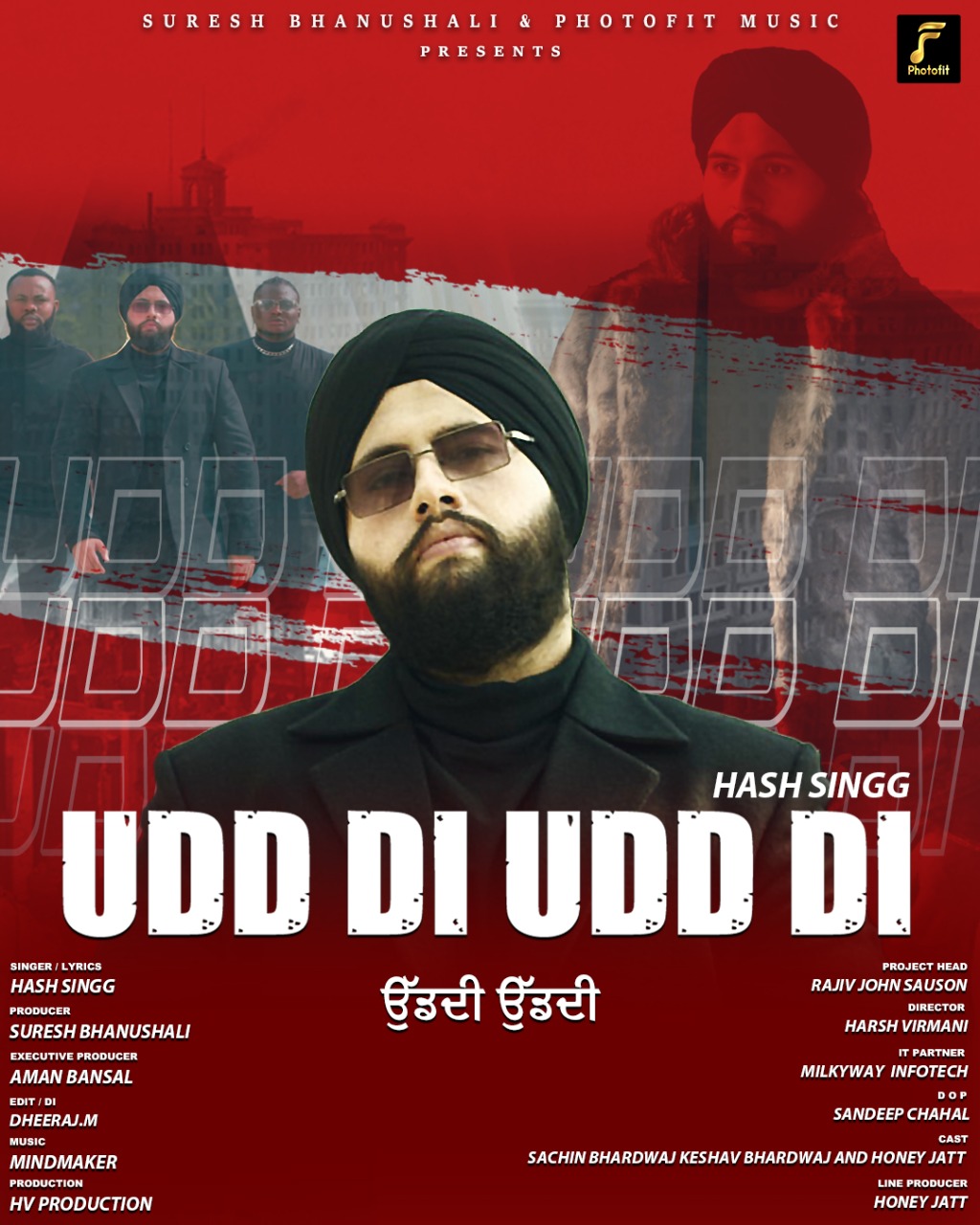 “Udd Di Udd Di” is a Gangster Rap song that has been stigmatised with an end goal to make the genre seem pathologically powerful. Rap music has an increased response to the intricate interplay of changing social conditions and changing commercial practises within the music business, says Mr. Rajiv John Sauson.

Hip Hop has become an inexorably mainstream part of the musical landscape and the practice of rapping has likewise become more widespread, adds Mr. Rajiv John Sauson. This song Directed by Mr. Harsh Virmani depicts its Punjabi attitude merged with rap music and diversifies in its range of themes and sounds. Suresh Bhanushali and Photofit Music raise their current standard and experience the flavour of a new genre of hip-hop.

Punjabi Music Industry is the second-biggest music zone in India. Stunningly ambitious in sound and scope, it raises the bar for India’s hip-hop vanguard. Rap music is incredibly different in its reach. Phrases from Punjabi or beats have been enormously influential and most recently Punjabi rappers are gaining popularity due to their content, communication, Amit K Shiva, Director, Photofit Music.

There is no denying the far-reaching of the artist in the respective music culture. Sit back and celebrate that grassroots musical moment with “Udd Di Udd Di”.