Giorgia Andriani Hops On The Latest Trend With This Transition That Will Transcend You To This Exotic Place,- Check Out Now

Giorgia is one of the most influential celebrities that we have in the Bollywood fraternity, the actress is highly active on her social media and knows how to grab all the attention. Giorgia has recently hopped on the transition video which is very pleasing to our eyes. Giorgia Andriani naturally stands out as truly newsworthy with her amazing reels on her social media and as she never fails to charm her fans with her appealing dance moves. The actress who has visited for an exotic vacation post her new year celebration has found being lost in nature and enjoying her gala time as she poses around the beauty of the location, adding these trendy beats to make her video more astonishing. 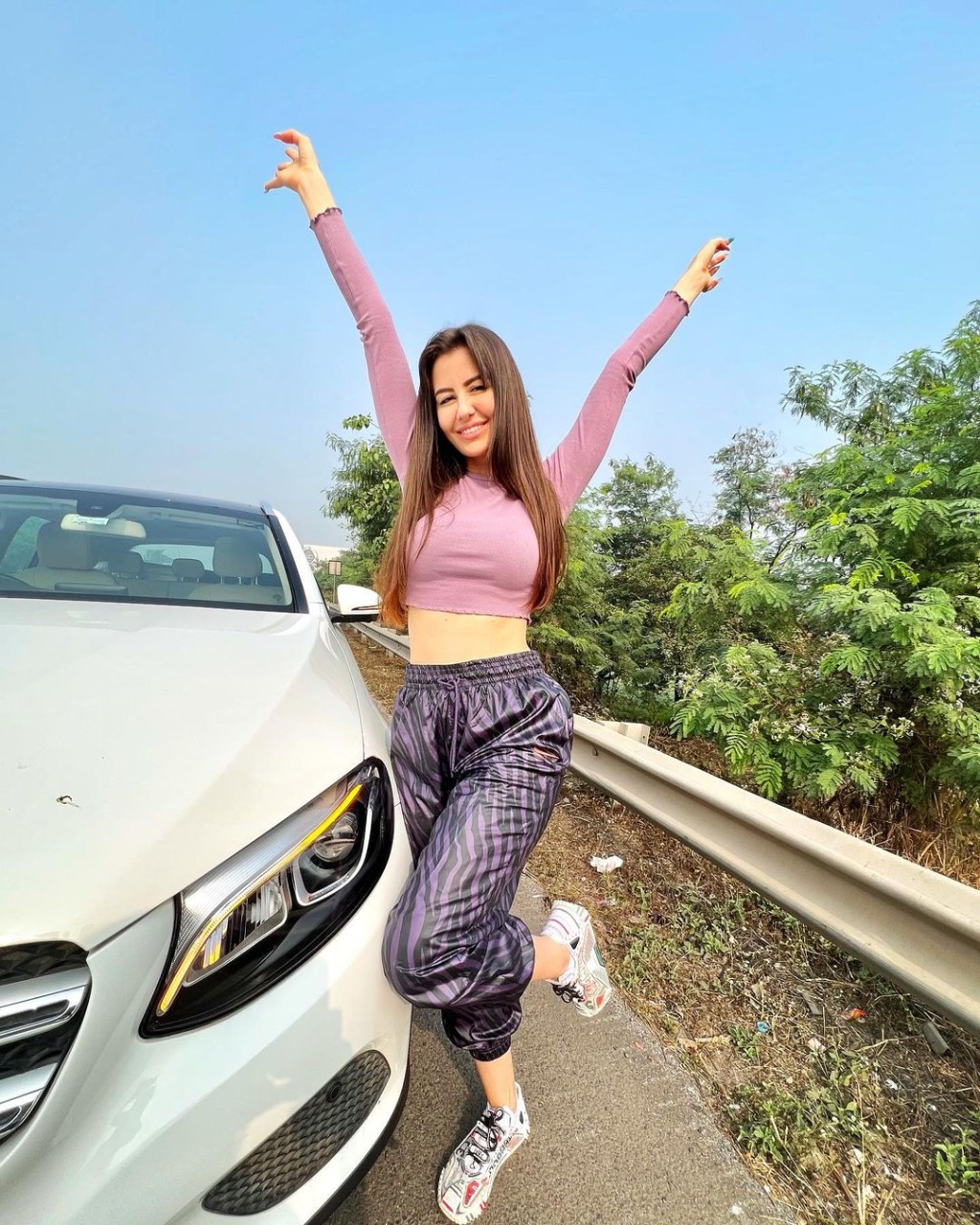 Giorgia took on to her social media and dropped this transition video where first she is seen in a casual attire hoping on Gayle, ABCEDFU song and then seen flaunting herself in the beauty of nature where she opted for a baby pink bodycon frill dress which had lace patterned attach to it In the transition video, the actress kept her look very subtle with minimal makeup and light pink pitched to add that perfect glam. The video looked very pleasing. Apart from that the actress also shared one more video on her social media where she is seen with a horse posing and getting lost around the beauty of Panchgani as she is sitting on the floor around nature in an exotic blue sleeveless floral printed gown and hoping on Bade Ache Lagte Hai song moving and posing around with the horse. Indeed, the video is very subtle but very alluring to our eyes to watch. Fans love the way she performs her magic and makes it stunning.

We can undoubtedly say that Giorgia Knows how to grace every look along with those pleasing videos and make all her admirers also a part of it.

On the work front, Giorgia Andriani was last seen in the song "Little Star" along with Shehnaaz Gill's brother Shehbaaz Badeshah, The actress is all set to make her Bollywood debut this year alongside, Shreyas Talpade in "Welcome To Bajrangpur". The actress also has a music video coming up, details will be revealed soon.